You look like you could use a Guinness. Did that work? Maybe not. But we bet you’d be feeling thirsty if this message was delivered through interactive video

Steven Spielberg’s Minority Report has become a dystopian benchmark for describing disturbing modern technology. For instance, in the film there is a scene where John Anderton (played by Tom Cruise) is fleeing the police, but is flagged and identified by personalised interactive video advertising that reveals where he is.

Maybe we’re not at the point of screaming-your-name-for-attention billboards, but we’re not that far off.

Dan Garraway, co-founder of Wirewax, references the film’s dystopian setting as a motivator for what his company does: “It’s been 17 years since the film came out and amazed audiences with its futuristic technology, but all we’ve really done with video since that time is take what used to be on a bigger screen in the corner of our living room and put it on a cinema screen that fits into our hands. It’s not a huge amount of progress for what is the most powerful medium of our time.”

He continues: “And so, what we’re trying to do, at a very broad level, is make video intelligent, connected and creative when it is in a digital environment.”

Wirewax describes itself as a creative video technology, which manifests itself in several ways, primarily as an interactive video studio where its customers can upload videos and use its computer technology – which understands those videos – to make them interactive via creative layers. You can tap to shop or tap to get context around the content you’re interested in, for example.

When people touch, they remember more, and that experience has a far greater impact

Garraway says: “I like to position it is as a Photoshop for interactive video, which, if you’re already in a creative world, is easy to understand.”

This is something brands are very interested in now, especially given the success stories of a high-profile early adopter. In the last year or so, Netflix started putting out strong, attention-grabbing interactive content, such as Black Mirror: Bandersnatch and Minecraft: Story Mode, and there are a host of others who are now stepping into this territory at a mainstream level.

“We’re starting to see more validation points in the mainstream market, which is helping everyone realise that, although interactive video has been around for a couple of years, it’s much more scalable and creative than it ever was before,” says Garraway. “Bandersnatch was obviously a big step in changing the way many content creators think and it’s good, because now is the time when moving towards this type of content delivery really matters. It differentiates your offering from standard video and gives you the benefit of viewer interaction.”

what we’re trying to do is make video intelligent, connected and creative when it is in a digital environment

He continues: “Also, generations below us – the future – are growing up with touchscreens, and the idea that video is a non-touch interface is, to them, sort of ridiculous.”

Wirewax is marketed at those who are looking to get more out of their video content. Video is recognisably a very expensive thing to create from a monetary point of view, but also from a logistics point of view: it requires a huge amount of effort and resource. In the US, there are roughly 10,000 advertising messages generated each day, so, having something that enables the viewer to lean in and engage in an effective way is important. 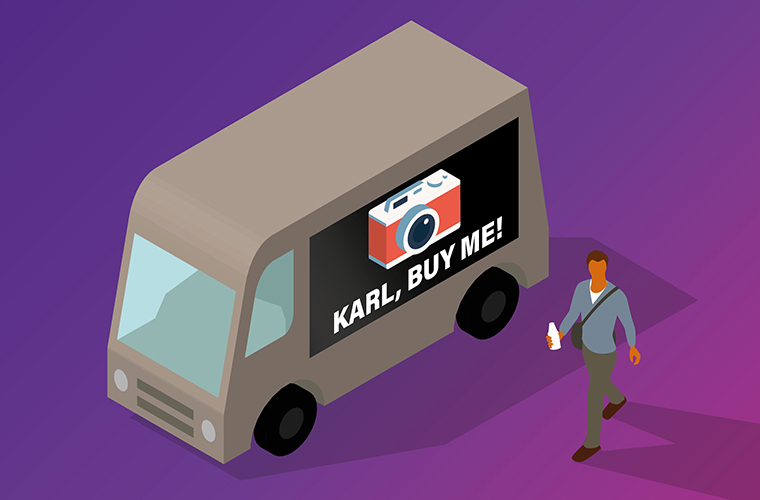 Garraway says: “When people touch, they remember more, and that experience has a far greater impact. Our customers are mostly brands who use our technology to enable an action that lets viewers buy or learn more about a product or service, or publishers who use our technology as a way of making editorial content more interesting and in-depth, but still retaining a short-form video.

It’s not blind faith. It’s interaction data; an insight into what people want from video

“In an online world, viewers don’t necessarily want to watch a ten-minute video, but the subject matter may demand more gravity. With our technology, publishers can keep the video to one or two minutes, but still allow the viewer to interact and go into detail on what is interesting to them.”

Garraway and Wirewax CEO, Steve Callanan, come from a video production background and, are as, such able to inform brands and publishers about the type of content needed for their videos.

Garraway explains: “We started this company understanding what audiences need and how video actually comes to be. We’ve gained a lot of expertise about what does, and more importantly, what does not
work – and this is the sort of thing we like to share in our strategy meetings with customers.”

Wirewax offers its customers education on how they can maximise their content and this ranges from the simple things, such as how long you should leave a shot for something to be made interactive, through to some of the more innovative concepts, such as having presenters call out to the audience and be directional about which items to tap.

Customers also have access to metrics inside the company’s cloud-based studio dashboard, which includes typical data such as viewer numbers and duration of time spent on a video. But more interestingly, it contains behavioural data, where customers can see what viewers interacted with, at which point in time, how long they spent looking at it and what they then went on to do afterwards.

You.i TV is a company that is capitalising on the desire for interactive video in the advertising space. It offers a software development kit for cross-platform video app development, which enables the use of non-interruptive immersive ad formats such as squeeze backs, lower-third placements, screen takeovers and pause-screen ads.

Allan Isfan, head of adverts and connected platforms, says: “In the current media landscape, where viewer acquisition and engagement is everything, an ad model built on interrupting content is broken. The industry is primed for new ad experiences that keep interruptions to a minimum, leverage the real estate on digital platforms and give viewers a choice about how they engage with advertising video content.”

He continues: “Advertising should be a value exchange between viewers and brands: In exchange for their attention, viewers gain access to content at more affordable rates. This is the key thing – attention – and brands need to seek out advertising models that engage and hold attention and avoid the multitask trap. The advertising models need to be as flexible as possible to let brands bring their message to life in novel and creative ways; and easy to deliver to all screens where viewers live.”

“It builds up a whole spectrum of behavioural data points that Wirewax customers can use to provide a better exit experience, either by retargeting or delivering more accurate personalisation after the viewer pauses the video,” Garraway explains.

“But also, we’ve found a lot of our customers are using this data to make better videos. For example, the BBC has been using our platform to make a TV show called Secret Life of Boys. It’s on its third series, and in each and every episode they make, they study the behavioural data to make better decisions about how to make the next episode.”

He continues: “So, we’re actually seeing our technology disrupt the whole production cycle, which is an exciting development, because it’s not blind faith. It’s interaction data; a real insight into what people want from video.”

What brands and publishers do with this data is their own decision. The cloud-based toolset that Wirewax delivers has a certain number of tools, but it also has APIs that can be fed into other technologies and data ecosystem tools.

Garraway explains: “So, we have customers who pull metrics about what’s happening inside an experience and then use them inside their own existing customer flow tools. We also have customers who use this data to make high-level decisions about how they’re going to educate their process.”