When it comes to consuming sport through the internet, nothing comes close to the National Basketball Association (NBA). While other sport leagues have cracked down on unlicensed sites or social media users who post videos without permission, the NBA has a different attitude. It has adopted an openness to users sharing and dissecting game footage in the digital world.

With NBA’s encouragement of video sharing via social media, it’s allowed NBA fans to comment in real time, exchange humorous captions and, of course, create memes. Players can also share technique, performance comments or post snippets about their personal lives. It has reshaped the nature of discourse throughout the game season, giving fans worldwide the opportunity to take part. The NBA now has one of the largest social communities in the world, with 36.6m and 26.49m followers for Facebook and Twitter, respectively. 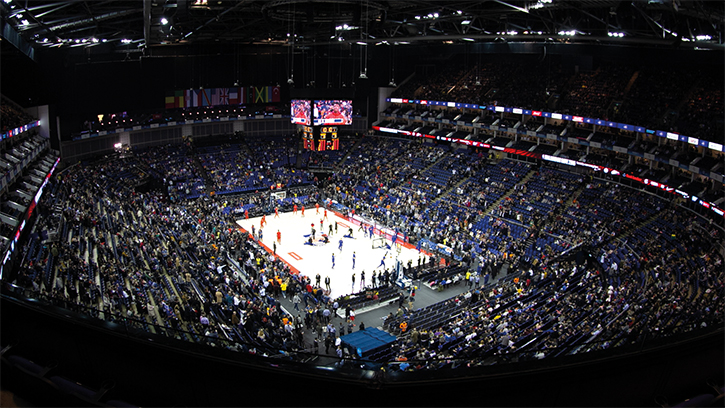 B-Ball across the pond

Keeping up the momentum, the NBA takes its regular season games offshore for fans across the world to catch live. In the UK, the NBA has hosted an annual game in London for the past nine years. There’s always buzz around these games and social media has boosted that momentum. In the week leading up to this year’s game, the NBA orchestrated several events within the community that were later promoted online. Tiger Films, the production arm of industry marketing specialist Digital Media Services and the NBA’s go-to team for digital commercial content in the UK and Europe, films these events. It also cut and edited footage for distribution across the NBA’s social and digital channels.

“There were nine events in total,” explains Michael Northern, head of Tiger Films. “Some involved work within the community, while others were for entertainment value. On day one, we were at the Savoy Grill with chef Gordon Ramsay, as he taught NBA legends Caron Butler and Shawn Marion how to cook steak.”

“At the same time,” he adds, “we had another crew filming at a community centre in North London, where the WNBA was leading a junior basketball coaching session for girls. From these events, we produced short, one- to two-minute pieces that were delivered to the NBA’s Twitter, Instagram and Facebook handles, including its website, nba.tv. Sky Sports also used them on its news channel.”

As Northern points out: “It’s actually the first time Sky has had the rights to the NBA – BT Sports had it before. Sky is more engaged with the NBA and has used a lot more of our content on its news channel. It’s been great for promotion.”

He explains the pieces were delivered either on the day or on the following day, due to the sheer amount of noise that goes on during that week. “It creates more of a build-up that way, too.”

Subsequent events included a DJ masterclass between Caron Butler and DJ iLLspokinn and an interview with the game’s sponsor, Norwegian Air. The interview was later shown on the jumbotron in the stadium on game night.

“We were also there to shoot a lot of the red-carpet arrivals and general footage around the game,” says Northern. “This too was delivered to the NBA’s social and digital platforms and Sky Sports. The red-carpet footage wasn’t livestreamed, but the turnaround was very quick and was delivered before half time.”

Throughout the year, Tiger Films works with the NBA in and out of game season. During off-season, it follows the NBA on their tours in Europe. “They do a lot of work in the community,” says Northern. “Last year, they had a coaching programme for youths in Slovenia, Serbia and Italy, and we were called out to film it for promotional use. We also travelled to Madrid to film some NBA legends and up-and-coming players, including Luka Doncic, who got drafted this year.” He adds: “A lot of our off-season footage is bespoke and used for archival purposes.”

Game season is the busiest period for Tiger Films. During that time, it produces promotional content – which it calls ‘showdowns’ – to sit across the games that are broadcast on Sky Sports. “Everything goes across the NBA’s social and digital platforms, too, but is also sometimes picked up by European broadcasters, such as beIN Sports in France,” says Northern. 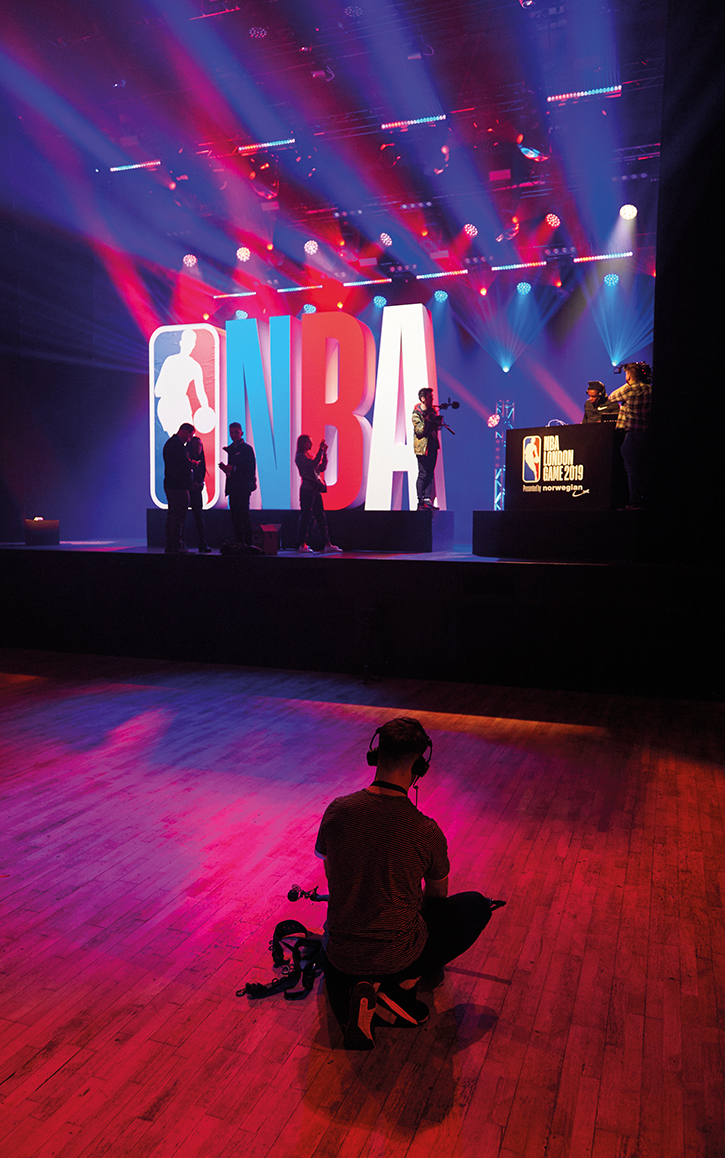 Growth of OTT platforms is also enabling international sports leagues, like the NBA, to establish their brand across the continent. Perform Media, which is a digital sports and content management group, will leverage the NBA’s live-game subscription service – NBA League Pass – on its own OTT platform, DAZN.

This collaboration will give fans in more than 15 international markets (including Argentina, Canada, India, Japan, Mexico and Spain) the opportunity to watch NBA games in real time and provide them with localised, territory-relevant content. Perform Media has stated that its goal (or in this case, basket) is to help replicate the NBA’s astonishing success in additional markets, such as in the UK and Europe, by using the power of digital.

The NBA’s presence on Twitter is well renowned. Just last year, Twitter announced the NBA was the most-tweeted-about sports league in the world. In light of that success, the NBA has also launched a partnership with Twitter that will give fans the opportunity to livestream 20 upcoming games on the social platform.

But this comes with a twist. The live stream won’t provide a running commentary, nor will it show the full game. Instead, it will feature an alternative camera-angle view of a single fan-voted player in the game’s second half. Twitter will license the streams from the NBA and Turner TNT, the broadcasting network that holds the rights to full, live games.

The NBA has said the partnership will make the experience feel less like tuning into a live sporting event and more like a social activity. Laura Froelich, senior director, head of US content partnerships at Twitter, explains: “Twitter conversation has always been a complement to live action on TV. This groundbreaking partnership makes that complementary experience even richer, bringing additional views and the conversation around the game together in one place.”

It’s fair to say that the NBA’s far-reaching digital sociality has pushed the league to monopolise basketball on a global scale. The NBA excels at something other sports league are still struggling with: it has created a worldwide community through the art of digitisation. 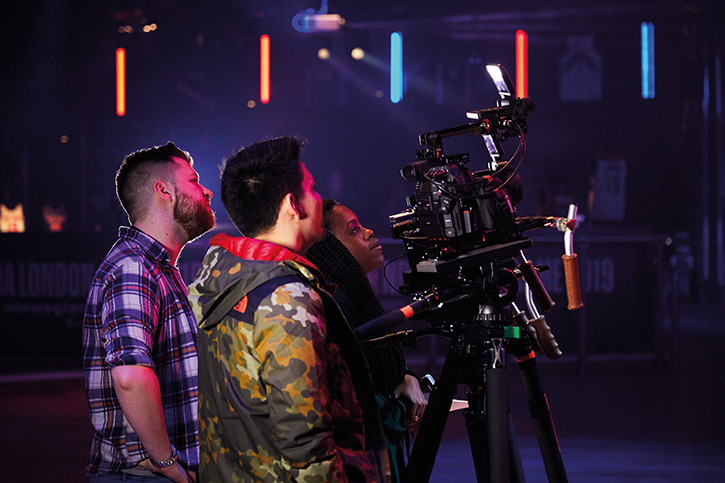 Tiger burning bright: Tiger Films works with the NBA in and out of game season, creating promotional content for social media