Webinar: a freelancer playbook for Covid-19 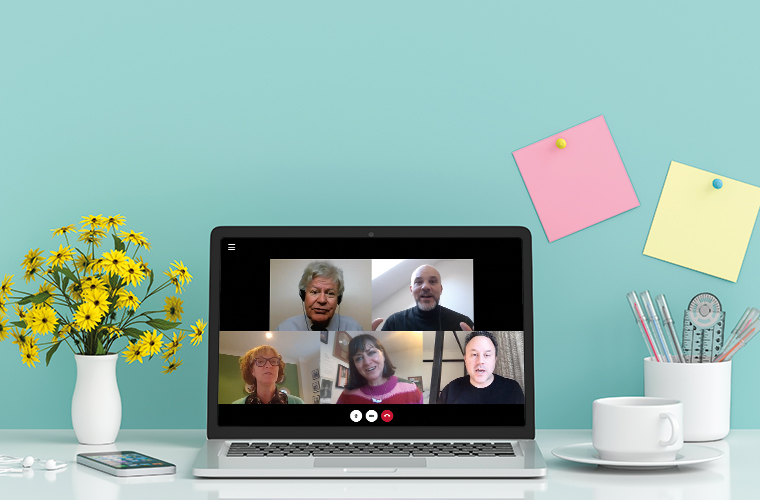 Workers have been hit hard by the coronavirus, especially freelancers. FEED and Soho Media Club hosted an online summit about what can be done

At the end of March, FEED partnered with London-based industry networking organisation, Soho Media Club, to arrange a webinar in response to the coronavirus crisis. Called Creating a Freelancer Playbook for Covid-19: Tips and Tricks, the conversation focused on the dire effects the coronavirus shutdown is having on the media sector, particularly on its freelance workers.

The panel included industry experts, including Sara Putt, owner of Sara Putt Associates and a trustee of the Film and TV Charity, Tony Lennon and Nia Hughes from UK creatives union, Bectu, Tom Guida, a partner at entertainment law firm Clintons, and FEED editor Neal Romanek. The panel was moderated by Muki Kulhan, compere of Soho Media Club events and sometime FEED contributor. The talk was conducted during the coronavirus lockdown in the UK via Zoom.

The Film and TV Charity (filmtvcharity.org.uk) has ratcheted up its services and has a 24/7 support line for anyone in the film and TV industry to access. Putt emphasised that the charity was ready to help and that no one in the industry should hesitate to contact them to get information or just to offload what they were experiencing. The charity team can be contacted by phone (UK: 0800 054 0000) as well as live chat via the website and email.

The charity is also in a position to offer a cash grant to those in emergency situations and is working with Netflix and the BFI to launch the UK Film and TV Covid-19 Emergency Relief Fund to provide support to the British-based creative community. Starting with £1 million donated by Netflix and attracting the support of other media businesses, the fund will be administered by the Film and TV Charity and the BFI.

“This should not and must not let the government off the hook in terms of their support for the self-employed and for sole traders,” pointed out agent Sara Putt. She hopes that relief from the charity will be able to provide some immediate help to those industry workers whose employment has dried up as a result of the coronavirus lockdown and could be looking at months without any kind of income. “We need to figure out how we’re going to survive in the short term so we can work out how we’re going to rebuild our industry. I don’t think it’s going to look the same. I think it’s going to be a very different industry.”

Bectu has worked with productions over the past few weeks to secure extended hiatus and notice periods where possible, and to work with them to give the same safeguards and protections received by weekly crew, to those only hired on a daily basis. “People are asking if they should go to work and what their rights are around going to work,” said Nia Hughes, organising official at Bectu.

“We need to acknowledge the scale of the problem that thousands of people are facing,” added Tony Lennon, Bectu’s research and freelance officer. While he praised the work that charities and industry organisations were doing, Lennon underlined that the solution that is required is going to have to be large-scale and government-led.

“The big state is back,” said Lennon. “Because they print the money, run the central bank, run the fiscal system, the only actor in our current environment that has the real capacity to solve these immediate problems is actually the state.”

Lennon is a veteran of many film and TV industry shutdowns – mainly in the form of strikes. One thing he has observed is that when one of these shutdowns occurs, there is a group of people who decide not to return to the industry once business resumes. Lennon pointed out that once the coronavirus crisis subsides, we should expect that some small portion of the talent won’t return.

This is of particularly concern in the UK industry, he said, where the high-end talent is generally older and perhaps on the fence about retiring anyway. This could further exacerbate the problem in the UK of a dwindling skilled workforce in the industry – a situation that was already expecting get worse as a result of Brexit. “Depending on how long it lasts, and the nature of the recovery, we may see people not coming back. But that is good news for young people,” he said.

Entertainment lawyer Tom Guida said it was a particularly important time for workers to understand their contracts. He notes especially the force majeure clause in a contract, which isn’t often paid much notice in normal circumstances. Force majeure means that if there are certain circumstances beyond a company’s control that prevent it from carrying out its obligations, then it is freed from having to execute on them.

Frustration is another situation in which neither of the parties in a contract are able to carry out their obligations, because the whole enterprise has become untenable. In a frustration scenario – as when crew are unable to go to their jobs because the government has ordered them to stay at home – companies many not be obligated to pay their employees.

What’s been highlighted is that 150,000 crew out there are actually precarious workers, and we can’t allow that to carry on

“The thing about a lot of these clauses is that they are very complicated and they often turn on a single word,” warned Guida. “If you get it wrong, you may have breached the contract. But force majeure isn’t an automatic out for companies who don’t want to pay you.”

The panel was nearly unanimous in its view that the coronavirus crisis has exposed underlying problems in the way the industry does business and in the condition of workers generally.

“We really need to ask questions about this industry in the future,” said Lennon. “It has been highly reliant on a contingent workforce that has carried most of the risk, and they’re now facing the price of the risk that was handed over to them. We need to find ways of passing that risk back.”

His colleague Nia Hughes added: “My main concern is that we’re going to get over this and then everyone will be so happy the industry is back up and running that they will forget that we desperately need a new deal for freelancers. What’s been highlighted is that 150,000 crew out there are actually precarious workers, and we can’t allow that to carry on.”

It was noted that different regions are responding to the crisis with varying levels of competence. There was some criticism for the UK’s handling of the crisis among workers and some approval for the inconceivably huge injection of $2 trillion ‘helicopter money’ into the US economy (although this money will go mostly to US corporations, not to individuals).

The Scandinavian countries also garnered praise for their response – for example, the Danish government has promised to pay workers 75% of their current salaries. For staff paid by the hour, the maximum coverage is 90%.

While some businesses have battened down the hatches and gone silent, others are working to provide solutions to workers who are hurting.

Those interested in more information can sign up for updates on the Film and TV Charity website at filmtvcharity.org.uk/keep-in-touch. The fund is available to a wide range of film and TV workers, and Sarah Putt emphasised that no one should assume they ineligible. As the situation evolves and other companies come onboard to help, details will be made available.

Watch the full webinar below.