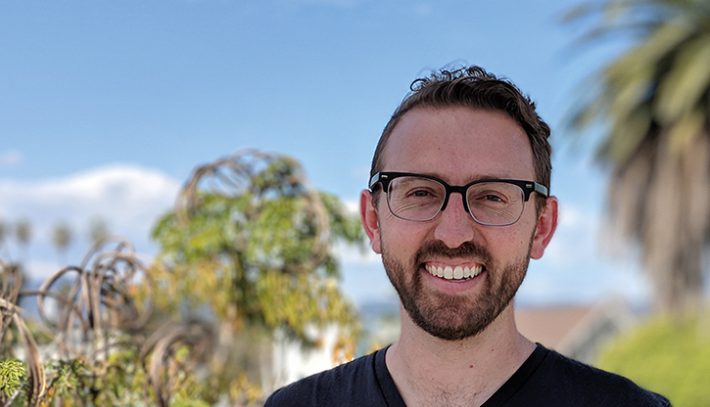 The growing field of behavioural design has been aggressively developed by media tech giants from Facebook to Netflix to turn human attention into cash. But Boundless Mind wants to level the playing field by giving wider access to this powerful, behaviour-shaping technology so it can be used for good, not just greed.

FEED: How did Boundless Mind get its start?

Dr. Dalton Combs: Our COO Ramsay Brown and I were in the neuroscience PhD programme at the University of Southern California. We learned a lot about what changes people, why people are what they are, what about us produces our behaviour.

Ramsay and I started brainstorming different ways we could make that knowledge useful to people and help people change. What we came up with is this AI system that helps businesses and individuals build habits by using quirks of human subconscious psychology.

FEED: What was the process of turning that neuroscientific knowledge into a product?

DC: We started by building one-off solutions for individual behaviour change problems. And that’s originally what we thought we would end up doing – that every year or so we would come up with a new ‘category killer’, where a product takes over a whole vertical.

But we found that there was a lot of domain expertise needed for us to tackle each of those verticals, so we looked at the solutions we had built and figured out what was universal about what we were doing. We decided to focus down and make something we could sell to people who were trying to make category-defining apps, using the core AI technology we had been previously taking from project to project.

FEED: What is the Boundless AI and how does it work?

DC: It’s based on the principles of habit psychology and the idea that everything you do, you do because at one time it felt better than you had expected. That surprise, that unexpected ‘rewardiness’, is what fuels future habits.

We came up with a method for taking in all this data about an individual’s context and history to figure out how to modify their experience on a moment to moment basis, making it as surprising as possible at the right times, to gear the habit formation process.

All of this looks very subliminal to the user – it’s subtle stuff – but it adds up to large effects in changing future behaviour.

FEED: What practical trials have you had with the Boundless AI?

DC: Some of our big successes are with apps that help people be nicer to each other on social media (Brighten) and help people walk more after surgery (Movn). Walking after cardiovascular surgery dramatically reduces the chances of having to go back for another surgery, and the Movn app, which uses our AI, was able to increase the time people were walking by 60%.

FEED: Is habit psychology the only way to alter behaviours? Or is it just one of many methods?

DC: It is by far the most effective way of changing people’s behaviour. We spend the vast majority of our day being our default self, and our default self is our habitual self. You cannot be the kind of deliberative person that we tell ourselves we are, all day long. That’s just not the way we’re wired up. We’re wired up to use short hand and to fall back on our habits. Modifying those habits is by far the most effective way to change someone’s behaviour, especially in the long term.

Where we see the future at Boundless Mind is that any time someone can build up the short-term motivation to change, we want to convert that motivation into habits as efficiently and quickly as possible. 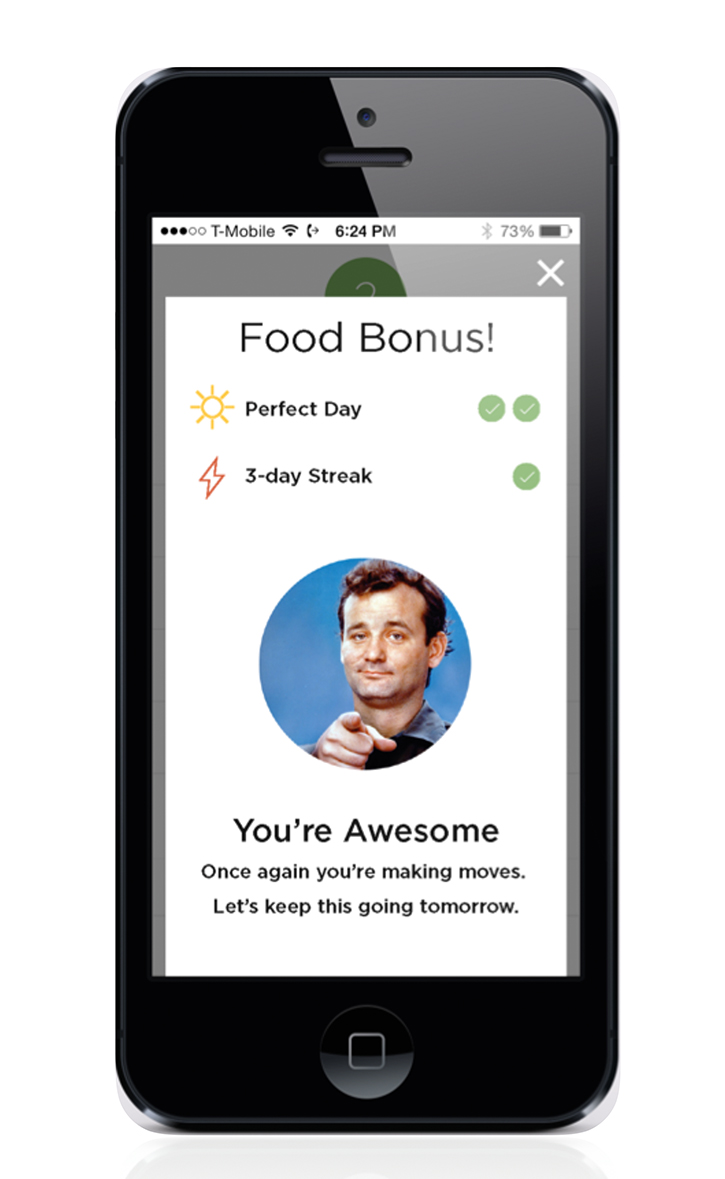 CREATURES OF HABIT To change a person’s behaviour in the long term it is necessary to produce in them different habits.

“We’re in a situation where a handful of giant tech companies are the only ones with the resources to do behaviour design at scale.”

FEED: There’s a theory that there’s a limited amount of willpower you have in the day and once you’ve spent it, it’s hard to make changes after that.

DC: Exactly. Many of the problems that we’re facing as individuals, and therefore as societies, are based around these problems of not being perfectly motivated. There are so many more people who wish they went to the gym every day than actually do.

All of our biggest problems, from heart disease to obesity to ennui – this sense that we don’t know what to do with ourselves – stem from people not being able to achieve the change they want or become the person they want to become. These are the critical problems of our age. It used to be dysentery and car accidents were the biggest things to kill people. Now it is cheeseburgers and ennui.

The most important move we can make as a society is to help people become the self they want to be. So we’re taking this technology, which so far has only been used by large tech companies to addict people to social media, and liberating those methods from those use cases and making it possible for everyone to change.

“The most important move we can make as a society is to help people become the self they want to be.”

FEED: Some might say that you’re just manipulating people and saying its for their own good. What is your take on the ethical issues this technology raises?

DC: We approach that in a few ways. Some are narrowly practical. At Boundless Mind we have a scoring system that we use when new leads come in. We score them on how well what they want aligns with what’s best for the user, and we don’t work with companies that have bad alignment.

In the more long-term, philosophical sense, we have a conviction that the more broadly available these tools are, the better the equilibrium position will be. And educating users on what addictive technology looks like and what effective behaviour change looks like means they will be able to select for themselves the technology that changes them into who they want to be.

A technology that effectively gets you to walk more is a good thing. A technology that gets you to spend more time on the couch binge-watching B-grade TV shows is not such a good thing. And users will be able to see and choose for themselves. We’ll have a new kind of interactive media literacy, which is going to be an important part of making sure, at a societal level, that these technologies are used for good.

FEED: But is that a bit like saying if everyone has a gun, we’ll all be safer?

DC: It’s a similar situation, but I think the fact that it’s not guns is a critical difference! I think we could look at cars or computers as an analogy. When computers first appeared, people were concerned about the fact that basically only militaries had them and you had this massive power disparity between people and their governments. But the big transformation in society came when everyone had computers.

FEED: Do you think there needs to be increased regulation or legislation around these technologies? 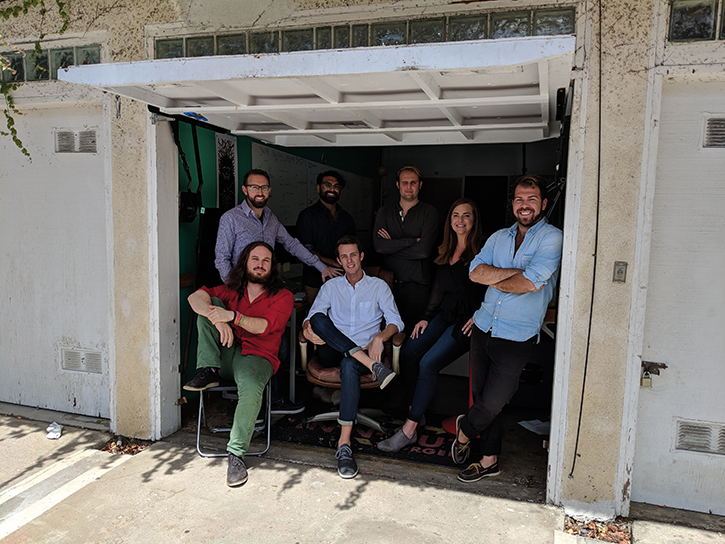 “Human attention is the last finite resource on earth.”

FEED:
What innovations could you see for behavioural design in video distribution beyond just an auto-play that keeps you locked in?

DC: For me, the most important part about designing a sticky product is less about content and more about interactivity. YouTube is a platform that you might spend two hours on, but it’s a very interactive experience – there are lots of choices for the user to make, there’s clicking, there’s commenting. That interactivity is going to make it win out over long-form content, because long-form content is never going to be as interactive, and won’t have the opportunity to use the techniques of interactive behaviour design.

Things like HQ and Snapchat are hyper‑interactive media formats. I think those interactive styles of media consumption are going to win out because they have access to tools that straight, long-form content consumption just cannot use.

FEED: What advice do you have for someone (ie, the editor of FEED) who is addicted to media tech? How can they disengage or improve their relationship with that technology?

DC: We have made an app for people who are addicted to apps. I do see the irony in that, but the app helps you set up your phone and your relationship with your apps to help break the habit cycle that drives that compulsive behaviour. It’s designed to do the same thing that our main AI does to make apps more engaging by making the app you’re using less engaging.

I would also recommend people look at their habit loops. What is the cue-action-reward loop they are using in interacting with the technology and how can they short-circuit that? What can they do to delay the amount of time between the action and the reward? What can they do to remove certain cues from their life? What is in their environment that causes them to binge on Twitter – can they remove that cue from their life? Can they figure out how to take the ‘surprisingness’ out of the interaction? Those are the things that will weaken the hold of an interactive experience on your psychology.

FEED: Are we talking about something that is genuinely addictive? Or is it just that people have developed lazy media habits and need to snap out of it?

DC: These mechanisms of our psychology that social media use are the exact same brain mechanisms – at the synaptic, neural level – that are responsible for all behavioural addiction. This cue-action-reward cycle is where genuine addictions come from. Now, there is more to an addiction than being exposed to a cue-action-reward loop, but that same psychology, which is critical to the addiction process, is also essential to product stickiness.

Human attention is the last finite resource on earth. As our economy continues to develop, the war over attention is only going to intensify. As everything else becomes abundant, people are going to focus more and more on the very small things that are forever scarce – attention being the most important one.