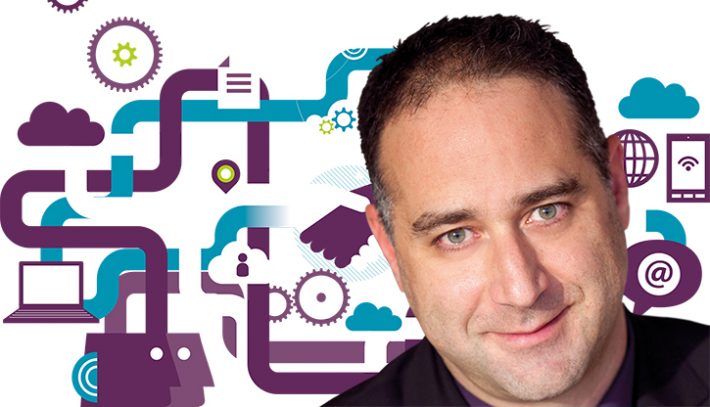 This month we talk with Richard Berger, the new CEO of MovieLabs.

You love to watch your favourite movie streaming on Amazon – but what about the trailers? The behind-the-scenes documentary? The director commentary? MovieLabs, a tech innovator funded by the major movie studios, is working to get that content in front of consumers as simply as possible.

“We wanted the platform to enable anything the studios could dream up.”

F
EED What led you to taking the helm at MovieLabs last year?

Richard Berger I had been at Sony for some time, starting in the mid 90s in the music company, focusing on new technology. We were working on enhanced CDs, trying to add value with a multi-media experience – this was just before Napster and the Internet happened.

Eventually, I moved out to Sony Pictures in L.A. I was instrumental in the launch of Digital Entertainment Content Ecosystem (DECE) and the UltraViolet digital rights system.

I had already worked closely with MovieLabs while at Sony Pictures, so it was a natural evolution. And a lot of the initiatives I was focusing on at Sony were worked on across all the studios.

FEED Can you explain what MovieLabs’ role is in the industry?

FEED Are you having regular pow-wows with representatives from the studios? What kind of communications do you have?

RB Being based in L.A., I’m going to one of the big studios every other day. I meet not only with the technology guys, but also with the business stakeholders to make sure we’re enabling what they’re trying to accomplish. And the team members here at MovieLabs are working closely with their studio counterparts all the time.

We also work together in industry forums like the Digital Entertainment Group and Entertainment Merchants Association, as well as various standards bodies, to move our agenda forward. 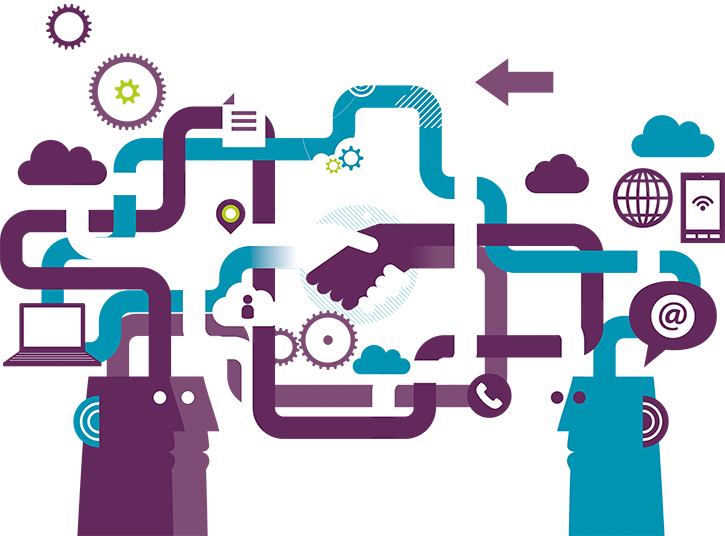 FEED What has MovieLabs been concentrating on lately?

RB We’re always working on developing cross-studio best practices around new formats such as 4K and HDR. One of our key focus areas lately has been helping the studios automate their digital supply chain. That involves working not just with the studios but with the digital retailers and service providers, and helping them connect on things like metadata, so that content can be better displayed and sold
to consumers.

We’ve also been working on a cross-studio extras platform. In the past, when the studios have sold digital content to consumers, it unfortunately hasn’t come with a lot of interactive features and bonus content like a DVD or Blu-ray does, because every platform is different and has different capabilities. So we’ve developed a way for the studios to publish all that content once and for the various service provider platforms to easily pull that experience into their services. That’s going to allow the studios to innovate more on the content and make sure it gets to the consumers.

FEED MovieLabs has created and published specs on the distribution of extras across multiple platforms. Can you tell us how that has developed?

RB It was something I had been working on at Sony Pictures, and then we brought it to MovieLabs. We wanted to share it with the whole industry to enable any kind of provider to publish an experience and have it attached to the content sold by any retailer.

The resulting Cross-Platform Extras (CPE) spec is available on the MovieLabs website. There have already been some service providers that have implemented it, including ComCast. We’re also working with some retailers and with Movies Anywhere on this, too.

Movies Anywhere is one of the more exciting things that has launched in the US. There are a number of things the studios will be able to do in that ecosystem. More retailers are adopting it and it’s going to give consumers more choice around how and where they access their purchased content.

FEED Can you explain how Movies Anywhere works?

RB It’s a similar concept to UltraViolet; it’s an interoperable rights ecosystem. When a US consumer buys a movie from a participating retailer, that content goes into a Movies Anywhere digital locker and is instantly available at all the other participating retailers the consumer is a member of. In the US, the initial retailers are iTunes, Amazon, Google and Vudu. If I buy a movie on any one of those services, I can access it on all of those services, as well as on the Movies Anywhere direct to consumer server.

It creates a lot of great options for the consumer for playback and they’re not locked into any one particular retailer.

With the CPE spec, we want to enable on these new digital platforms all the things people have been used to in their DVD and Blu-ray extras experience. But we didn’t want to stop there. We wanted the platform to enable anything the studios could dream up – being connected through social media or dynamic experiences which change over time that you can’t do with a disc.

FEED So what kinds of extra content can be made available?

RB There’s the main feature, of course. But there could be alternative versions of the film, like a director’s cut. There could be commentaries or deleted scenes.

But then you’re starting to see other immersive experiences that are associated with the film, like an augmented reality experience or a game. There’s really no limit to what the studios could attach to a piece of IP now.

The spec enables these experiences on any platform on any service.

FEED How do you engage with the service providers – like Netflix and Amazon – to make extras available?

RB Together with the studios, there’s been outreach to make sure they’re aware of this. It would be a lot harder sell to those service providers if every studio was doing something different, and I think that’s where we as an organisation can help move the needle – when we bring the studios together on a common spec and initiative.

Comcast launched it more than a year ago and has it on the X1 platform. Vudu has some experiences on its platform too. It’s going to be up to the individual OTT platforms how to best incorporate it into their own experience.

FEED You mentioned content security as an ongoing concern. How has the strategy been developing around that?

RB The industry has always had a challenge in competing against free, unauthorised content distribution.

We want the studios to understand and have accurate information about what the true threats are. We don’t get involved in policy, but we can bring technology and science to bear. Understanding what the threats are and what can be done is one piece, but figuring out how to make legitimate experiences as compelling as possible is the other.

FEED So what are the biggest security threats now?

RB It’s a lot of the same things we’ve seen over the years. Peer-to-peer was one way we were seeing distribution of copies of films, and there’s still some of that, but now we’re seeing more unauthorised streaming services that get installed on living room devices. It’s becoming easier to click and stream things, and it can be misleading for consumers, who might think they’re actually accessing a legitimate source.

FEED What’s next for MovieLabs?

We’re also connecting more and more to the business stakeholders at the studios to drive common studio initiatives that hopefully will make the whole industry better and better for consumers.