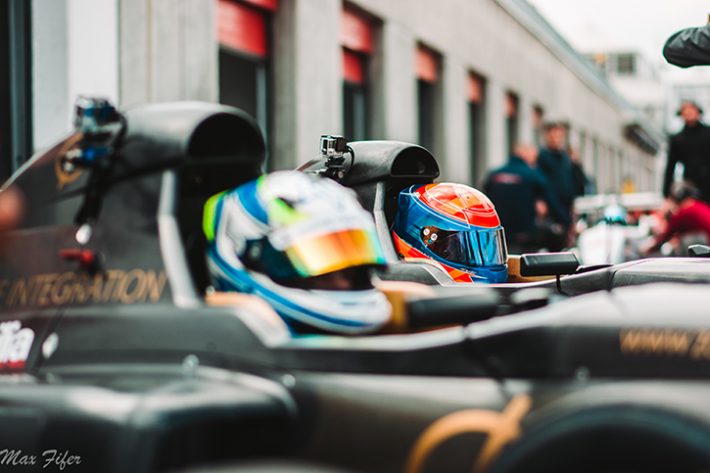 Until last year, Israel didn’t even have a race track. In fact, high-speed car racing was forbidden by law due to safety regulations.

While at university, mechanical engineers and Griiip co-founders Tamir Plachinsky and Gil Zakay undertook the challenge to build a race car – from design to implementation – in just one year. With that know-how, their university collaborators and a passion for high-performance engineering they founded Griiip in 2015.

No matter how you slice it, car racing is a sport for the very wealthy. A young driver, looking to start his career towards pro Formula One races will be shelling out €300,000 per season – and that’s just for the lowest, Formula Four category for junior drivers. This means that there are brilliant drivers out there who are never going to have a chance to compete at the highest levels.

Griiip’s mission was to democratise the sport of auto racing by designing and manufacturing high-end, affordable cars.

“As the technology has changed, the drivers themselves have moved farther and farther away from the viewers and fans,” explains Griiip CTO Gilad Agam. “If you look at old photos of car racing, you see fans standing at the fences, or you see drivers who are also mechanics that everyone knows, always giving interviews. Now you have drivers encased in a monster with a team of 20 or 25 people. You don’t feel connected to what is happening on the track.”

“Once you have the driver data… all sorts of fan engagement becomes possible.” 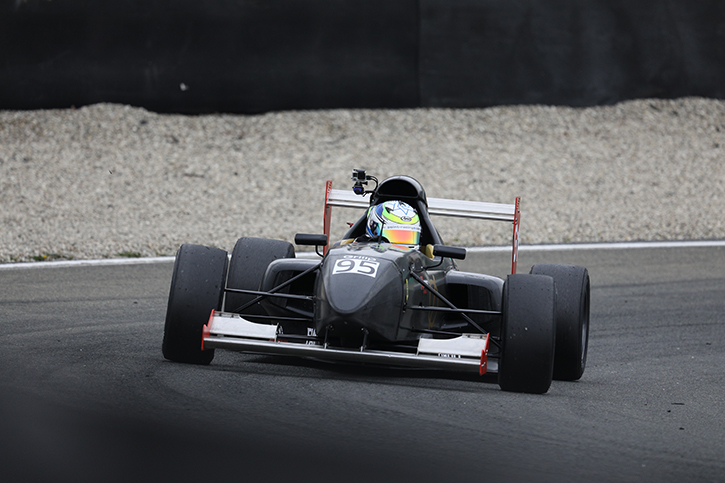 Griiip built the G1, the first Formula 1000 car, in 2015. The car uses a motorcycle engine and is constructed of steel tubing, rather than carbon fibre. It is much cheaper to maintain, and to own, than a high-end Formula One car. Running one of Griiip’s G1s will put an aspiring racer back €75,000 which includes the leasing of the car (the price of the car itself is €52,900). Not peanuts, but still a price likely to open the sport to a flood of unknown talents or invite participation from countries without a long motorsports tradition.

G1 racing – which the company will promote through its G1 Series – also levels the playing field in terms of race technology. “It really allows a driver to show his abilities. It’s no longer McLaren versus Mercedes. It’s G1 versus G1. Let the better driver win.”

In addition to getting the car back to basics, the Griiip team intentionally stripped back the idea of a massive support crew for racing.

“The big team of experts around the driver is the main problem. They shift the balance from the driver to the whole team. You get the best mechanics and engineers and the team ends up being the financial body, with the driver just there for the funding. We want to bring the control back to the driver.”

So, in addition to mechanical innovation in its car design, the Griiip team has integrated innovation in data. Each G1 car transmits data from its sensors –  acceleration, GPS positioning, etc – for every run on every track, which is allowing the company to build an ever growing database of G1 runs.

All this driving data can then be given directly back to the drivers through the company’s driver data portal.

“The driver will no longer have to rely on charts that only the race engineer can understand. He is now back in the loop and has the control back. We’re building an array of solutions for easily understanding and improving the driving.”

“We’re building an array of solutions for easily understanding and improving the driving.”

Putting race fans first, and giving them the opportunity to participate in a whole new racing ecosystem is the second key part of Griiip’s strategy. If Griiip has its way one could imagine a whole new burgeoning second tier to Formula racing fandom, a kind of American College Football level with the same opportunities for localised participation, following of new talent and wide, targeted sponsorship.

“Once you have the driver data, including the entire driver history, all sorts of fan engagement becomes possible,” says Agam. “Say a driver goes 100 laps, but for some reason on one specific lap in the race he performed very differently – much better or much worse. What exactly happened there? You can process that information and deliver it to the fans, almost in real time. You can start building stories out of the driving data you’re collecting and get the fans more engaged.”

But the great key to delivering a good fan experience is being able to deliver compelling and thorough video coverage. Griiip is developing its own G1 racing season, but in transmitting it, how could it compete with the hugely budgeted sportscasters. The budget for Sky’s or Fox Sports’ coverage of a Formula One race is more than the Griiip team could hope to spend in an entire year.

“As a small series, not confined to big broadcasters who dictate what you can do, we’re quite free to decide what we’re going to do,” says Agam. 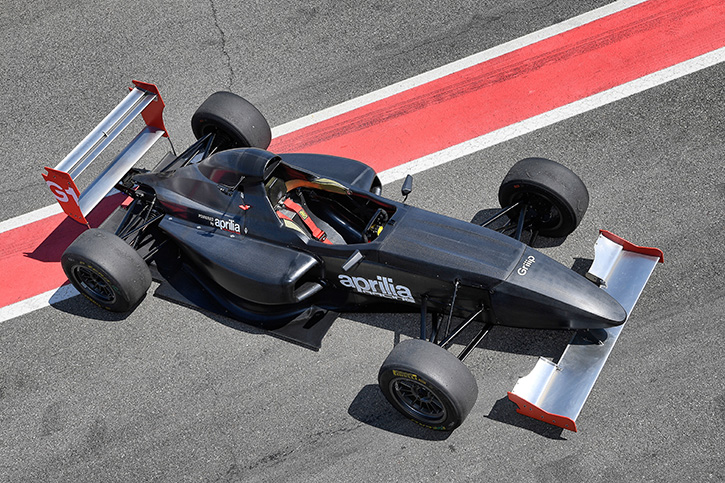 ON TRACK Building a second tier of Formula racing is on the cards, and fan engagement will be at the core. Driver data, race information and real-time video coverage with the potential for audience interaction will all help to create a compelling viewing experience.

Griiip’s first, and most important, step in developing its coverage strategy was to make sure every one of its car was equipped to stream live footage from inside the vehicle.

“The old model of race broadcasting includes cameras on the cars with specialised RF equipment transmitting to specialised RF units on the track which are connected to a main transmission station, an OB van, and then it’s transmitted from there,” explains Agam. “It’s very expensive and very complex. It’s not a good solution.”

Griiip instead found its solution with another Israeli start-up LiveU, with offices literally 30 minutes drive from the Griiip headquarters. LiveU, with its international headquarters in New Jersy, has made a name for itself with its mobile network LiveStreaming gear, widely used by remote journalists around the world. What once required a whole team, plus a satellite dish, now can be done with a single individual with a camera and a LiveU transmission unit.

Inside each Griiip G1 car there are two GoPro cameras, as well as two microphones, one in the engine compartment to capture engine sound, and one inside the driver’s helmet. Video, audio and data are transmitted real time via LiveU’s LU200 portable transmission unit, which has a small form factor, about the side of a person’s hand.

“From there on we can build more and more layers of interesting stuff. We and LiveU believe that having live mobile broadcasting – and communication with the driver too – onboard a Formula race car is something that will allow much of the amateur and semi-pro series to broadcast high-quality races. Add to that some ground units and drones and you get professional coverage that you’re only used to getting in Formula One.” 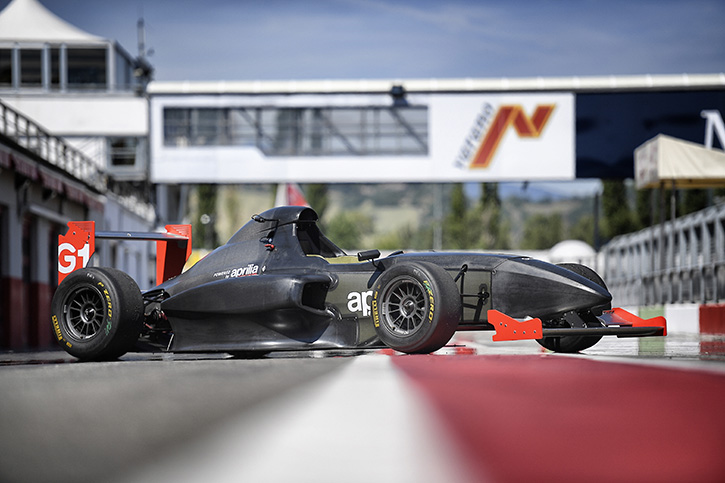 Griiip’s ambition is to revolutionise how motor sport is presented. Not content with presenting its G1 Formula races in a professional way, the team is looking at how to provide greater interactivity for audiences.

The company also aims to use the G1’s built-in data recording, combined with video, to produce enriched content for fans; it’ll be rolled out later this year.

Currently, the company is testing and comparing various video platforms for delivery of its content, as well as developing vehicle-to-vehicle communication. The hope is this will allow drivers to be automatically notified of dangerous malfunctions or accidents taking place ahead of them on the track.

Last month, Griiip held the inaugural event of its G1 Series in Italy. The race was streamed on a dedicated website. Future races will also be available on Facebook Live. The company hopes to extend the Series to the US and UK, with a mini-series in Israel.

“A few people have told us ‘You’re not a production company. You need to choose a side – you have to be a car manufacturing company or a technology company, but you can’t be both.’” concludes Agam. “But since the means of production are not as expensive or complex as they were, you can leverage this advantage and be the best in class at whatever you do. It’s a synergy, rather than opposing forces.”