Journalists are the heroes of our time. Amid a cacophony of conflicting narratives, amplified by the cybersphere and with hostilities running high (both between and within countries), the need for clear, accurate and timely reporting from the front lines has never been more important.

With the proliferation of information sources through digital channels, including social media and video streaming, journalists have more fires than ever to put out in their fight to preserve factuality. Gone are the days of going to the scene of an incident, taking notes, shooting interviews, then heading back to the newsroom to write it all up and produce a piece for the six o’clock news. Deadlines for a story are given in hours – or even minutes in the case of a breaking story – not days.

Today, journalists must be as ready to spring into action as on-call firefighters – and as well equipped. And while a journalist on a far-flung assignment may not be always connected to a network, the consumers of news are.

Finding better ways of connecting journalists to the newsroom – and thereby connecting them to the public – is one of the most important developments in journalism today.

Stuart Almond, head of marketing and communications at Sony Professional, Europe, explains: “Technology has been a driving force in the evolution of journalism, ever since the creation of the telegraph, which allowed newspapers to gather information faster. And now it’s the internet and mobile technology that is changing journalism again. We’ve got smartphones and laptops and ever-increasing bandwidth. Now, you can transmit stories from almost anywhere in the world.”

This new paradigm of filing a story from anywhere to be delivered anywhere – in real or near-real time – has created demand for more sophisticated technologies. Sony has added Media Backbone Hive and XDCAM air to its growing suite of newsroom tools to fulfil exactly this need – an innovative approach that is uniquely flexible today. Sony’s new vision of the newsroom merges the skill of journalists in the field with the scalability and reach of cloud services. XDCAM air is Sony’s service for sending story information and planning metadata from a multiplatform production system straight to compatible Sony cameras out in the field. After shooting, the content is available straight away as you can access the footage from the camera directly. 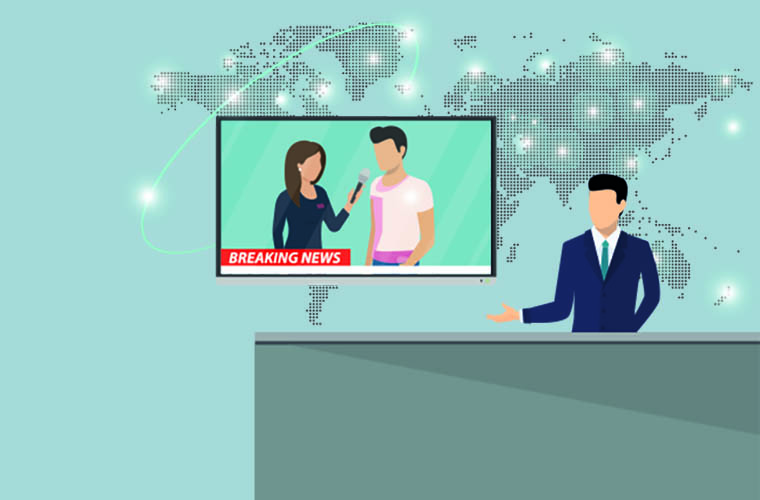 This uploaded proxy footage, which can come from multiple journalists in multiple locations, can then be turned over to logging and editorial immediately – even while the shooting is still going on. When the edit is completed, XDCAM air uploads the full-resolution footage that has been selected for the final output. Sony cameras connected to XDCAM air can also stream from the camera straight through into Media Backbone Hive. This achieves similar functionality to having an OB contribution truck feed the output of the camera back to Hive. The stream can be viewed, edited and published from Hive, while the stream is still being recorded.

Working in conjunction with XDCAM air is Sony’s multiplatform production system, Media Backbone Hive – a home base for all the digital nectar gathered by the XDCAM air-enabled journalists in the field.

Media Backbone Hive allows teams to access all content through a single shared system – whether that’s producers in the newsroom or other journalists in the field. “On the flip side, if you are in the field and you are connected to Hive, you can compile a story on your laptop with footage from anywhere,” explains Almond. “It’s all connected. You have instant access to everything. That gives remote teams a lot of power. They don’t have to duplicate resources, or even content – and they don’t have to transcode it to use it. They don’t even have to know – or care – where the content they’re accessing actually lives.”

“The media landscape is changing quickly, especially in news,” says Almond. “And the market is changing the most drastically in terms of traditional news delivery. The audience – especially millennials – watch traditional, linear news outlets less and less. They want to access news through social media platforms. So this, in turn, affects how the journalists are creating news.”

This new, ever-connected news consumer is continuously bombarded with messaging and information. An oft-cited study, conducted by Roger Bohn and James Short at the University of California, concluded the average American consumed 34 gigabytes – or 100,000 words – of information per day. This is a 2012 study – just as online video was coming into its own.

The human brain developed under conditions where most people never ventured more than a few miles away from the place where they were born and where their social circle was more or less the same group of people for life. Where the customs from one generation to the next remained essentially unchanged. The information space we now live in is a very unnatural environment for us poor homo sapiens. If we’re going to be able to manage in this new connected world, it’s vital that we have access to highly dependable sources of factuality.

“Global news agencies are seeing great advantages with these new tools,” says Almond, “as well as broadcasters with journalists in the field, it’s also newspapers. They are online content providers who have an online audience, so they’re now seeing the benefits of operating with a news production system, as well.”

Without a good technology solution, these new newsrooms could collapse under the demands being placed on them. There is simply too much information and too many potential stories to tell to rely on linear workflows. Cloud technologies are hugely scalable and can offer the same sets of tools to multiple journalists and newsrooms, with varying degrees of permissions and customisations, allowing for a synergy of collaboration.

These tools also make it easier to push out stories to multiple online platforms, whether publishing to your own website, to social media outlets or to broadcast TV.

“Go back 30-odd years and you had a choice of just four TV channels,” Almond notes. “Now it’s millions of different outlets. You need to get your content out to multiple platforms.

“The thing is, your budget is not going to increase necessarily. If you take a venture into a new system, you’re looking for a ROI, whether that’s to get new audiences or hire more journalists, but there needs to be a benefit. The world is changing fast. We want to enable journalists to report from wherever the story breaks.”