If you were a sports fan in the mid- to late-20th century, you waited… and you waited. Finally, the weekend came and for a few hours, you devoured as much sports content as you could. If you lived in the US, it all kicked off with ABC’s Wide World of Sports on Saturday afternoons. It was a miracle of sportscasting, ‘spanning the globe to bring you constant variety of sport’ – and all within 90 minutes.

Today, online technology, augmented by the cloud, gives fans not only the ability to consume sports content anywhere, any time, but allows the full wide world of sports to become available globally, offering new kinds of services to fans that were undreamed of just a few years ago. 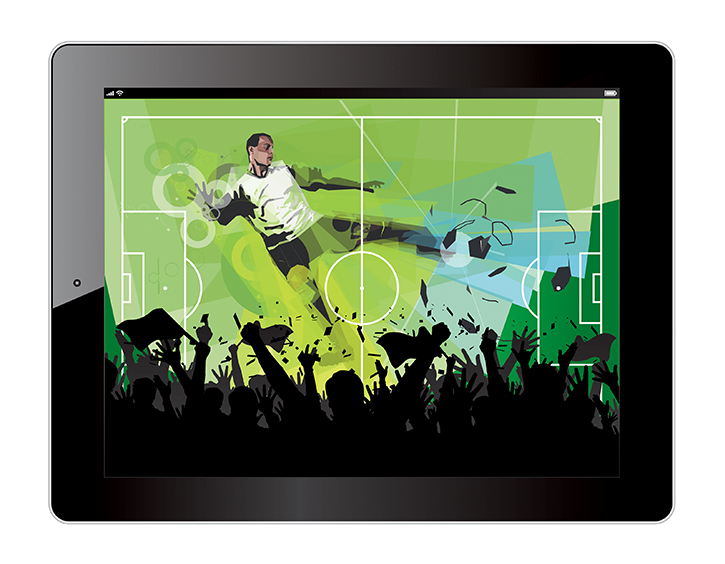 Live sports production has undergone immense changes. In a pre-Twitter world, a ‘tape-delayed’ broadcast of key events was normal and video production required thousands of dollars in capital expenditures and expertise. Today, all it takes is a smartphone and a YouTube channel to become a global broadcaster. Live sports broadcasting has made the switch to an agile, mobile, ‘right now’ offering with flexible, world-class technology accessible to all.

The fan base has changed, too. Today’s sports world is truly international. A Premier League fan is as likely to be found on the streets of Seattle as in a pub in Tottenham, London. Fans can interact directly with their favourite athletes on social media, watch replay clips from smartphones while in the stadium and listen to live post-game press conferences. There’s a digital relationship between fans and the game that can lead to increased engagement and increased revenue.

“Adopting a cloud approach opens up your operation to having the latest and best always available.”

Making the Most of Your Assets

Those in the business of delivering live OTT sports experiences are racing against the clock to offer world-class fan experiences. Making cloud technologies a key part of sports broadcast workflows can yield practical benefits right away.

Cloud services allow for a pay-as-you-go IT model, which allows for provision according to audience size and demand. Instead of saddling themselves with big infrastructure investments before the audience has even tuned in, infrastructure can be deployed appropriate to the use case. The last set of a Grand Slam tennis final, or the final two minutes of the Super Bowl will need a huge surge in capacity, but it doesn’t make sense to have that capacity sitting idle for the rest of the year.

Cloud infrastructures can be spun up on-demand, allowing for extra coverage of major events, or special channels for one-off tournaments. This agility can save time and resources on IT management that can be better spent on developing new fan experiences and new ways to monetise. Infrastructure in the cloud can be provisioned around the world, too, so that target audiences can be reached with low-latency, high-availability video offerings that stream smoothly on all devices.

Not only does the cloud allow for flexible and easily evolved production workflows, but the cloud itself is a flexible and evolving landscape. Cloud-based tools are easily upgraded, with new integrations, new services and new solutions being deployed all the time. Adopting a cloud approach opens up your operation to having the latest and best always available, with the opportunity to trial or deploy solutions when you’re ready. 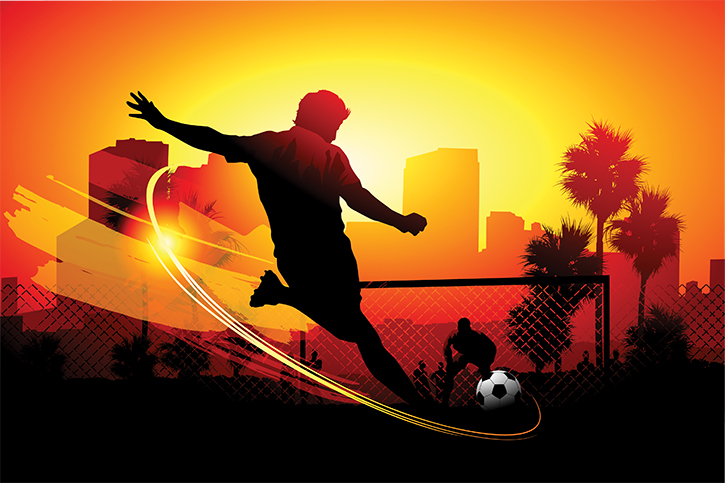 Outlets like fuboTV make up a new ecosystem of nimbler, disruptive video production and distribution companies fully at home in the cloud. fuboTV offers more than 35 streaming sports channels for ‘cord-cutters’ who have moved on from traditional cable TV packages.

Cloud-based disruptors, such as fuboTV, can provide custom content to superfans who are unplugging from traditional cable providers. Using cloud-based technologies, they can serve tailored ad content to fans or deliver extras based on the viewer’s location. fuboTV’s business model is built on an ad-based service that uses these targeted ad solutions in clever new ways.

Last year, TVNZ, New Zealand’s free-to-air TV provider, used the cloud to quickly deliver a solution for the Commonwealth Games that had to cover the 24/7 streams, as well as multiple concurrent live events. Cloud technologies were utilised to encode channels and to prepare and distribute live streams to multiple platforms.

For Pac-12 Networks, one of the largest live sports producers in the US, the cloud has enabled coverage beyond the 850 event capacity it had previously with the potential for more than 1000 hours of additional live content per year. Covering sporting events from universities in the western region of the US, Pac-12 Networks uses the cloud for end-to-end delivery of content for web and consumer-facing digital experience apps. It now enjoys live, linear encoding for seven linear channels for Pac-12 Now and standardised workflows for consistently high video quality, delivered to any device.

The cloud is not only a delivery platform or space for virtualisation of hardware. It’s a field of evolving digital solutions that can be scaled to almost any size and over any geography. If you want to capture the wide world of sports and bring it to the wide world of fans, the cloud is your future.