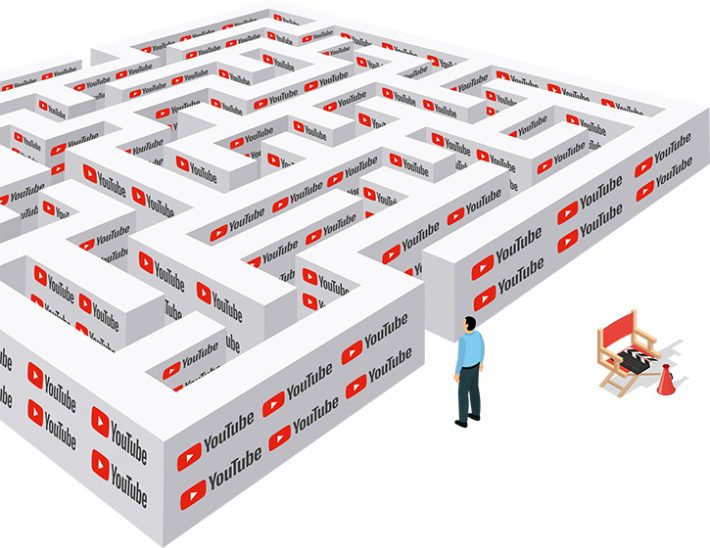 Social media might be filled with auteurs – but where are the filmmakers?

A huge amount of money is floating around in the worlds of Twitch, YouTube and other social video platforms, generated by what’s essentially small-scale TV production. It’s resulted in the creation of a lot of woodworking how-tos and a galaxy of speciality vlogs. It has not, however, done much for the traditional world of independent filmmaking.

Why? Well, there are people who find themselves in charge of a significant online presence without ever having really intended to. Someone might decide to post an unedited mobile phone clip on the laundry detergents of ancient Mesopotamia and find that, yes, a million people are willing to subscribe to a steady stream of content on the subject. But there are others who lay out a formal business plan, with a strategy for control over the subject matter and production – after all, nobody wants to become briefly infatuated with something, throw together a video, lose interest, then discover that half of Twitter demands more of the same on a twice-weekly schedule.

Either way, get enough people interested, and it’s now entirely plausible for an individual media socialite to wield the sort of power that was previously granted only to the person in the corner office at a production company. If that seems like a stretch, consider that crowdfunding sites like Patreon and Kickstarter exist to turn enthusiastic followers into units of currency. If you have a million fans, you can theoretically produce anything. And out of the top 5000 YouTube channels, how many have a million subscribers?

“Licensing a popular IP is not an option readily available to the budgets of an indy auteur.”

Still, the existence of these potential mini-moguls doesn’t seem to have pushed much money in the direction of the sort of film and TV we’ve enjoyed for decades. Many YouTube videos can fairly be described as short documentaries, but in internet terms, traditional drama and documentary is mainly being produced and distributed by the OTT providers – Amazon, Netflix – as they attempt to outspend each other. That’s given rise to some of the most ostentatiously high-end television that’s ever existed, but it has still done very little for the world of genuinely indie filmmaking.

This could be because the successful online video auteurs, those who could conceivably raise funds for a more traditional production, are generally not budding narrative directors. They’re enthusiasts for their subject – which is often themselves – who happened to find themselves in a position of popularity, so even where crowdfunding works, it mainly feeds more of the same – or at least documentary rather than narrative. Kickstarter is anxious to tell us about more than 24,000 successfully-funded documentary projects that have graced its pages. Of those, 17,428 matched the search term ‘documentary’ at the time of writing. Yes, there have been shorts and features, and there have been web series too, a format which crosses the periodic release schedule of a YouTube channel with the world of narrative filmmaking. In general, though, there hasn’t been that much of it. 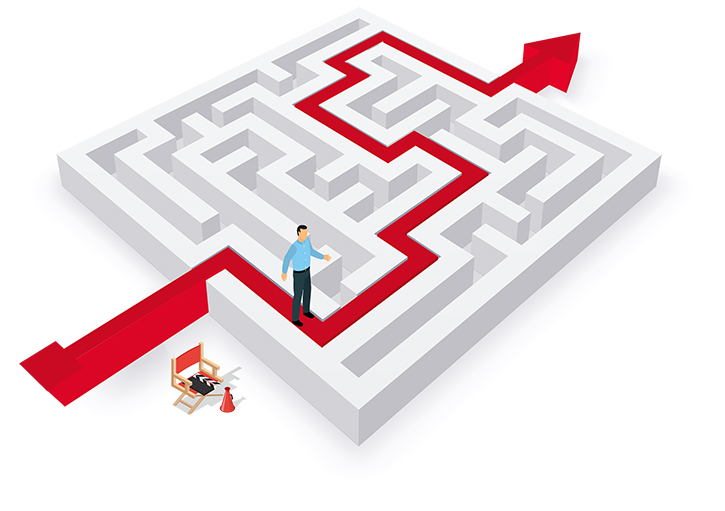 The Right Direction Indy filmmakers are yet to benefit from social video platforms. Mutual benefit could be the key to success

Getting Social with Social

It’s a chicken-and-egg problem. The effort that must go into creating a pilot episode which can compete with those extravagant Netflix and Amazon shows is beyond what most people can fund out of pocket. Worse, a single pilot episode is not enough for the social web, where a following is often built up over dozens of releases. Few narrative filmmakers could make themselves push out enough of that sort of content, with enough genuine enthusiasm, to build a worthwhile following, and anything better is impossibly expensive.

Still, as an enthusiast of well-produced drama, it’s difficult to completely give up on the idea of independent social crowdsourcery. It’s certainly a much more attractive prospect than the traditional, not-so-voluntary, unpaid pseudo-apprenticeship that people go through before they’re allowed to make a creative decision on a film set. After all, it’s possible to run a social media empire from the back bedroom while wearing a bathrobe (that, for many, is the basis of the attraction.)

An alternative approach – maybe a naïve one – might be to exploit a following that’s already been established by someone else. That’s far from a new idea, given the popularity of book-to-film adaptations, film-to-book adaptations, or, in the famous case of Hairspray, a film-to-stage show-to-film adaptation which also spawned a book. Licensing a popular IP is not an option readily available to the budgets of an indy auteur, so the eye of the wannabe turns readily to the power wielded by people who’ve already climbed the ranks of popularity.

In 2018, though, people with a mere four-digit Twitter following can be quite protective of what they have. Twitch users who may only stream to a couple dozen viewers often have a ‘business enquiries’ email address prominently displayed and are cautious about sharing the spotlight. This display of commercial awareness is an aspect of the modern internet that sits uncomfortably alongside the friendliness of the average beer-fuelled Twitch stream, but it’s not hard to understand the caution given how easy it is for a reputation to be tarnished, and a following damaged, by even the hint of selling out.

“At the end of the day it’s about time social media gave something back to conventional filmmaking.”

The key is probably not to see a social media headcount as a source of funds to be exploited. The idea of mutual benefit in commerce is more important online than it ever has been. Invite a Twitch streamer to play a part in your production, and perhaps that Twitch streamer will play your trailer into his or her stream at some point, and all their viewers will go and watch it.

At the end of the day, it’s about time social media gave something back to conventional filmmaking. The complete democratisation of camera and post-production gear, to a really very high level, has made it theoretically possible for more or less everyone to make films that are competent at least technically, and more or less everyone has, give or take, the competence. Back in the day, either you joined as a trainee and worked your way up – a nightmare of working 70 unpaid hours a week – or you made shorts and hoped someone would notice.

Perhaps not that much has really changed: the challenge is still getting people to notice.