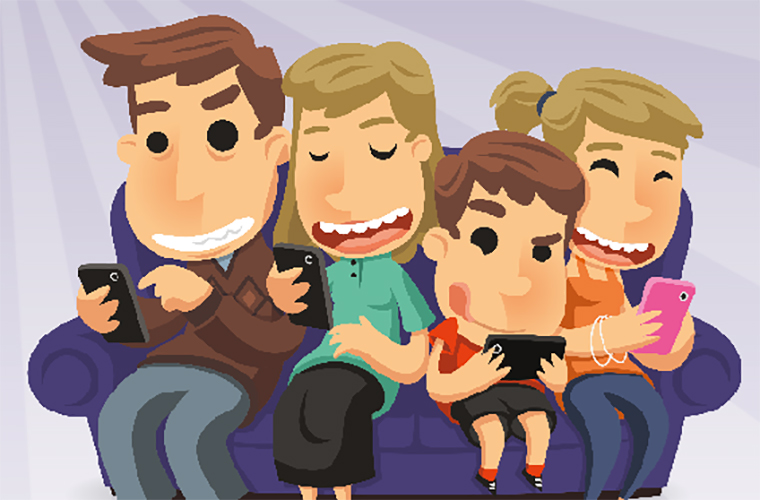 Just as they have every other night, the whole family go back to their mobile devices after dinner. Sometimes they keep their phones on during the meal, each family member enthralled by the content on their screens.

And it’s the time they are all finally connected as a family. There’s shouting and joking at each other’s expense. There are furious rivalries and promises to get even. And above all there is fun. This is the world of Primetime, a live mobile game show launched in Sweden in March 2018.

“A woman wrote in to us and said, ‘For the first time, my kids want to be with and hang out with the family’”

“A woman wrote in to us and said, ‘For the first time, my kids want to be with and hang out with the family at the same time every night’. Nothing has done that for a long time,” says Primetime co-founder, Petter Borggård.

Fashioned on the model made popular by quiz app giant HQ Trivia, Primetime is a daily quiz program, available on mobile devices, which allows mass live participation of audiences. Like HQ Trivia, the show features live video interaction with its hosts, but the show claims to be a notch above its competitors, with nominal latency and real-time sync among the production team and home players.

“Everyone watches things at their own pace now,” continues Borggård. “Primetime was something that collected the family and that is what we want the focus of the product to be going forward.”

At the end of 2017, Borggård saw the success of HQ Trivia and knew it was something that would work well for a Scandinavian audience. He acted quickly to make sure he was the one who made it happen.

“I had been thinking about a daily quiz for a long time, but when I saw it with the video layer on top of it, I thought it was really something, and I knew it would work in Sweden, so I talked to some people I knew in the industry. We built it and launched a few months later. We didn’t really have a plan except that we loved the product.”

When Borggård kicked off the project in December 2017, he had until that point been an entrepreneur working in video, with a small production company run with two other colleagues who are now both a part of Primetime.

“The development was very hectic. We were working late nights with a super-small team – with one main developer building the back end and the iOS app. We wanted to just get it out. When we launched we were still trying to get a feel for it, and I ended up having to be the show host for the first two weeks. But it was growing from day one and you could feel that it was something that was really catching on.”

Borggård reckons that the technology his new company developed for Primetime is superior to that of its American progenitor, too.

“Our technology is better. It’s 100% in sync. I don’t believe our competitors have that. So we can be more confident in certain aspects of the business.”

He is also proud of how the show has chosen to interact with and engage its audience. The emphasis is not on huge prizes – relying on greed to drive traffic – but to keep the focus on an enjoyable experience for their target audience, the family, and not on the pay outs.

Primetime has now expanded into the other Nordic countries with Norwegian, Danish and Finnish shows.

One of Primetime’s main technology partners was Stockholm-based Net Insight, which specialises in OTT video delivery with particular expertise in low latency in live content.

“Primetime is the biggest example we’re working on in terms of these live mobile shows,” says Alexander Sandström, Net Insight’s head of product marketing. “It was just a start-up working to create an audience with that sticky video experience.”

Net Insight has a streaming product for its more heavyweight clients and a managed service for smaller businesses, such as the Primetime start-up. The game format is becoming increasingly popular and Net Insight is currently working with two other audience interaction apps.

“These other companies we’re working with are doing something a bit different, but it’s still interactive, with audiences asking questions and engaging live with what is happening in a studio.

“HQ Trivia created a lot of buzz and people got interested in creating something similar. The first idea was to do something for local markets, but now there are a lot of new ideas for other interactive formats, which borrow from HQ Trivia and similar services but now have new experiences around that.”

“That doesn’t necessarily have to be a ten-question quiz, it could be a one-question quiz at break times between periods or sets. Or it could be just challenging your friends around the outcome of a certain match situation.”

“The other thing that is going to happen is companies being a bit more ambitious with the production. A lot of the programmes that have attracted interest in the past 20 years have been trivia-like, but you haven’t had the live component. There’s a competition going on on-screen and you’re trying to keep up with them on your sofa. It could be existing brand names and shows that open up to interactivity or just people replicating that with a completely new experience and brand.”

There are advantages to developing these interactive shows entirely in a mobile environment. This kind of low latency, live integration with an existing TV broadcaster adds another layer of complexity that makes it less viable – and more expensive.

In addition, explains Sandström, there is much more available tech savvy in the mobile space.

“It’s simpler to do in mobile, but also a lot of these innovations and ideas in interactivity are not coming from traditional shows and the broadcast industry, but from an app or in the online start-up scene. I do think we’re going to see traditional broadcasters now launching interactive experiences. They hope they can reach the younger audience that they are not reaching with their current programming, and they have more money so they have more ambition about what they could do.”

“It was a way for us to get going faster. They are a pretty big company. When I contacted them they had no idea who I was, but from the first phone call they showed an interest. They acted like a small start-up.”

Norway is Primetime’s fastest growing market right now – perhaps not surprising given the high priority the country gives to family cohesion. The productions are all done from one location in Sweden, with different studios for each version running in parallel.

“There is a lot coming for us, but we haven’t exactly planned what yet,” says Borggård. “It’s interesting to see what a lot of our competitors are trying. We still have quite good numbers in all our countries. It will be interesting to see where it will leave us in a year or so.”

This article first appeared in the December 2019 issue of FEED magazine. 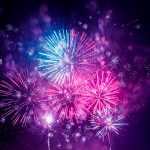 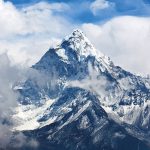