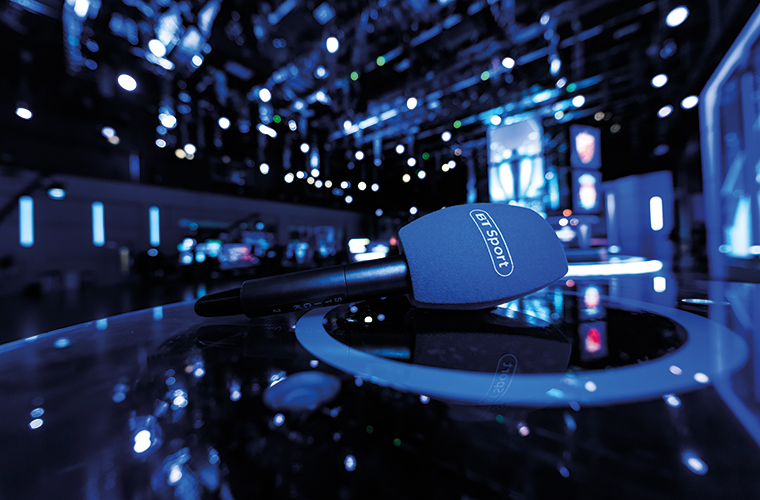 Broadcaster BT Sport is known for its innovative approach, trialling technology such as 5G, HDR and Dolby Atmos for live production coverage. Now its approach to VR and 360 video has been given a boost, thanks to the BT Sport app. BT Sport started streaming live VR 360 during the 2016-17 UEFA Champions League, with a 360 production of the final from Cardiff in June 2017, streaming 4K feeds from 12 Nokia Ozo VR cameras. 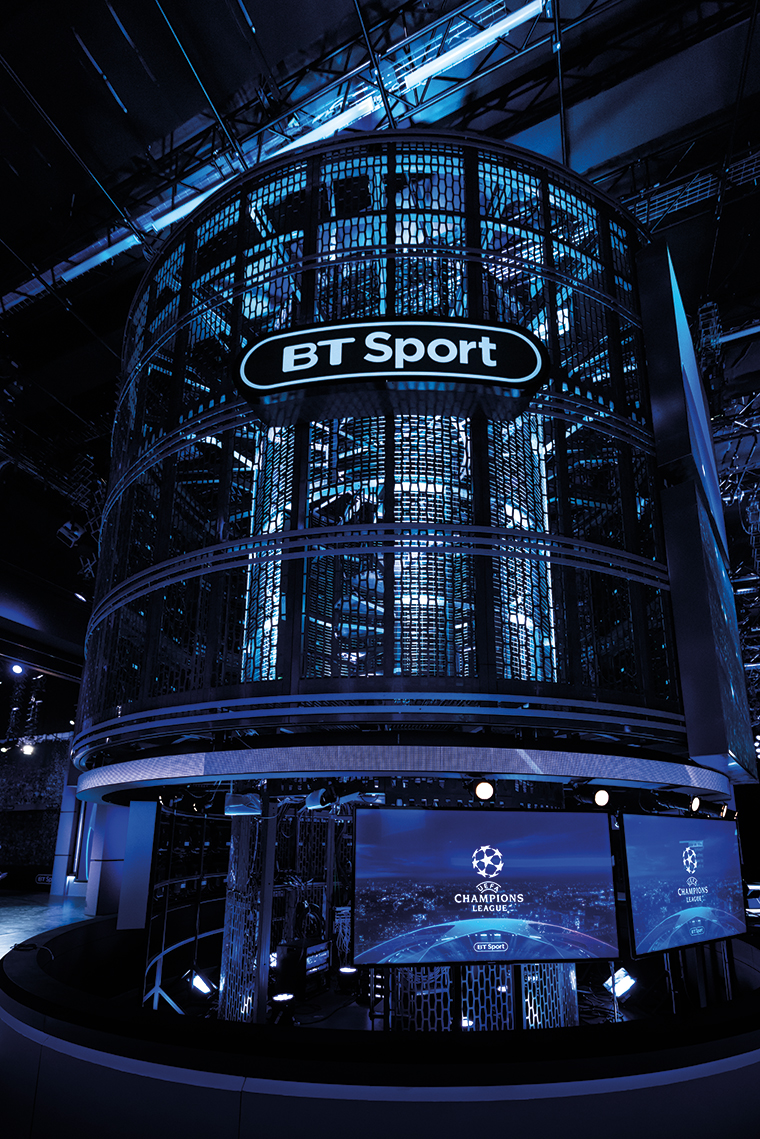 “We ended up doing a very large multicamera VR live feed to YouTube, which included all angles and TV replays,” recalls Andy Beale, chief engineer at BT Sport. “Since then we’ve been doing more, including working to have the VR experience natively in the BT Sport app in 2017 and 2018. We now provide VR angles for all our premium sports, so we have the cameras at every Premier League (EPL) game and every UEFA Champions League home game. 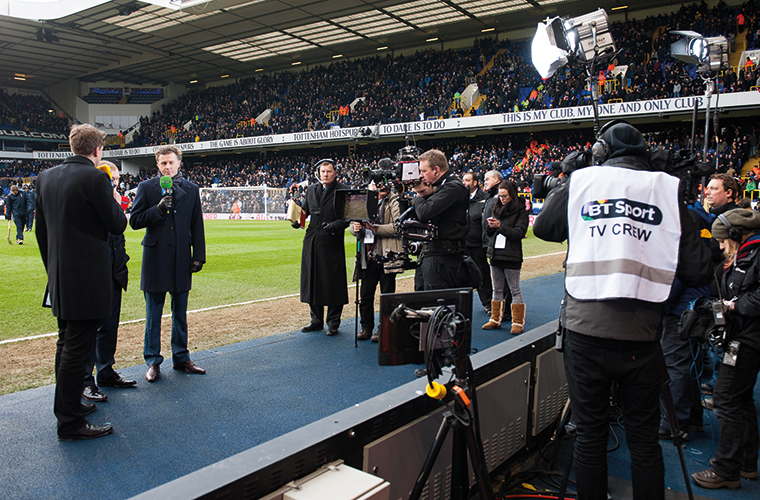 “We still use the Nokia Ozo for the football, but we also use a camera called the Insta360 Pro, an 8K camera system built into one body that is capable of real-time stitching and live streaming.” BT Sport now also has live VR 360 feeds on its boxing coverage.

“On the boxing we have a three-camera setup,” explains Beale. “We have a couple of cameras in the two neutral corners of the ring, with one to cover the whole of the ring and the rest of the arena. We use a camera called the Mini EYE because we wanted to have no parallax, which is quite difficult to do. 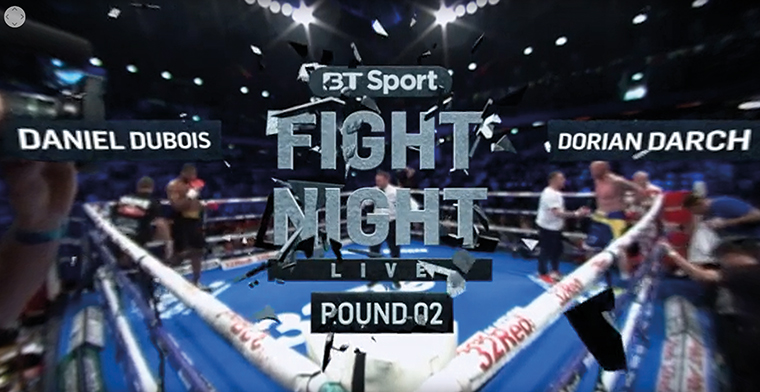 “The boxing is incredible in VR because it’s so up close and personal, very immersive,” continues Beale. “We do live graphics on that, some replays and a beauty shot camera as well.” 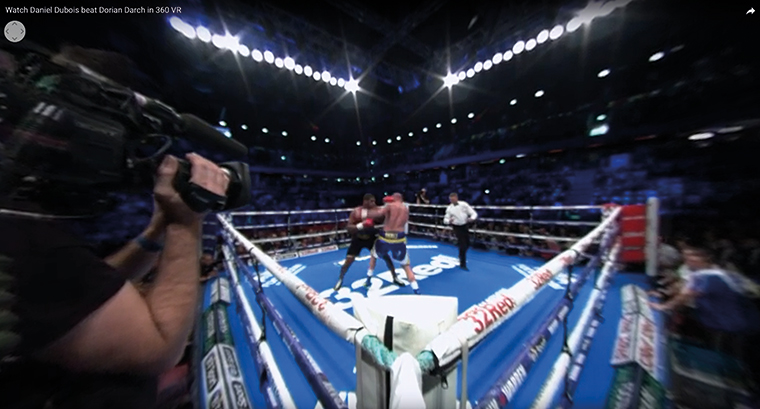 On smaller sports events, with two or three cameras, the live VR production is handled using a software solution, vMix.

“It runs on a powerful PC with I/O cards,” says Beale. “On the bigger events, the 12-camera jobs, we use the Blackmagic Design ATEM switcher. From there it goes into an H.264 encoder and it gets streamed to our back end system, hosted by Deltatre.”

This sports tech company has been the key VR partner for BT Sport from the start, a partnership formed on that initial UEFA Champions League final.

“Deltatre do two things for us,” explains Beale. “They put out the cameras and manage cameras on the ground. And they also provide their Diva Player app, which is embedded into our BT Sport app. When you press on a match and it asks if you want to use the enhanced player, it actually opens the Diva Player inside the app.

“We didn’t want the viewers to come out of that experience to enjoy the VR, so we’ve now put the VR player in the same app. It’s a seamless experience – you can watch a goal in VR or 2D.”

During the live production, BT Sport clips up main events in VR and publishes them against a timeline. In the app, users see a live timeline that displays all the match’s key events, such as goals or red cards, as icons. Pinned to that are VR replays that viewers can go back and watch at any time.

“The other sport we do in VR is MotoGP, a premium motorsport with motorbikes. On any given race weekend, Dorna Sports, the rights holder for MotoGP and also the host broadcaster, will put a VR camera on the pillion of one rider. So you can sit onboard in 360 behind the rider. That is an amazing experience, particularly on the first few laps when all the bikes are really close and constantly swapping places.”

This is not the end of the game with VR, it’s basically the beginning 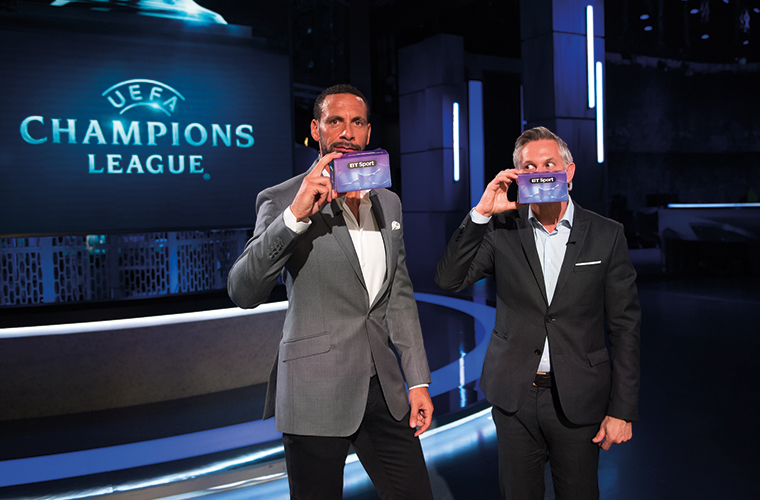 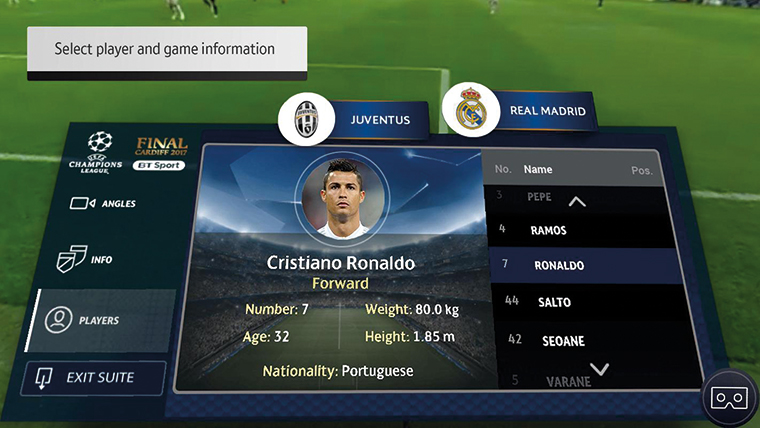 However, this audience is not using VR in the fully immersive, goggles-bound way you might think. Although the BT Sport app can run on Oculus for a full VR 360 experience, the most commonly used hardware are smartphones and tablets. It also supports Google Cardboard. 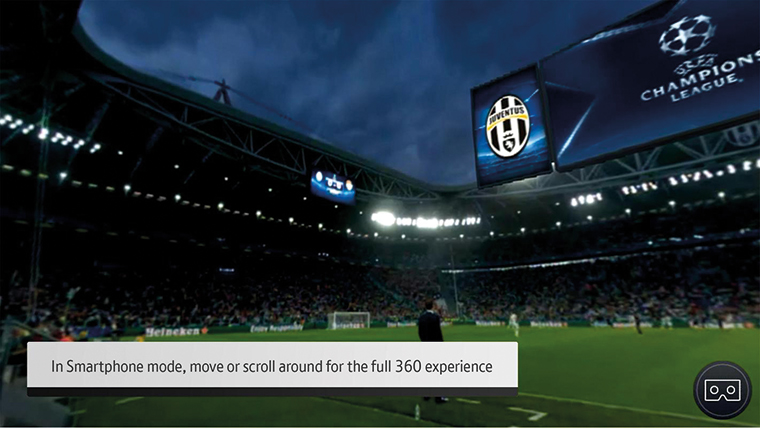 “You can stick it into Google Cardboard, but quite often we find that people use it in what we call Magic Window mode, where they just hold the phone up and move it around,” says Beale. “The feedback we got was that if people were using Cardboard, they didn’t like how they lost the use of their phone while they were doing it. They want to be on Twitter or text. If you’re a sociable user of content, you’ll do all of those things at one time. With the Magic Window you can be in and out of the app, it’s all in one place. You don’t need to be fumbling around going in and out of Google Carboard or an Oculus.” 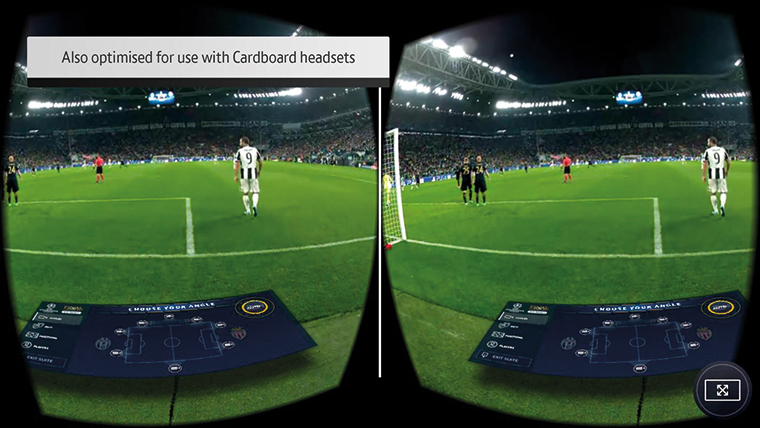 “This is not the end of the game with VR, it’s basically the beginning,” says Beale. “Whenever we do anything, whether that’s a service or a product for customers, we always measure it against our benchmark values – does this bring customers closer to the heart of the sport, does it immerse them and make them more engaged? We believe that VR does.” Thus the next goal for BT Sport in VR is to improve that experience – and 8K is the key. 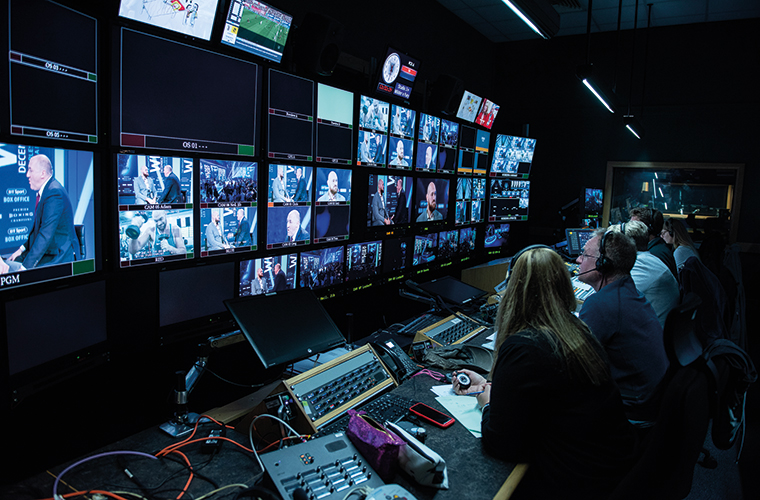 BT Sport has done trials with 8K VR technology, including with streaming of the 2019 FA Cup

“At present we (capture) a 4K VR experience, but when you get that into a headset or onto a phone, that’s still relatively low resolution, because it’s an HD cut-out of a 4K rectangular video,” says Beale. “So we’re trying to move on to an 8K VR experience that will capture all the source content live in 8K. We will distribute that using a slightly different technology called tile-based media encoding. At the moment, the legacy way of working is we basically encode the whole of the rectangular 4K video for streaming. That’s quite inefficient, because you have to stream the whole 4K raster to the handset, but the viewer only sees the little tiny bit they’re looking at, at any given time.

“Using the tile encoding, we basically break this up into chunks,“ he continues. “We only stream to the consumer the bit they’re looking at, at that time. If you’re looking straight ahead, we’re sending you the tile straight in front of you in very high resolution, and those surrounding you, and everything else is in the lowest possible bitrate. As you turn your head, we increase the bandwidth for that next tile you switch to, turning the bandwidth down for the original tile.

“Basically, it means you can massively increase the resolution for the viewer,” he adds. “It also increases the bitrate, so it just completely transforms the experience. Another advantage of 8K is you can now pinch and zoom if you’re in Magic Window mode, push in and get closer and have a look at players or anything else.”

BT Sport has done several trials with the technology, including streaming the 2019 FA Cup at Wembley in 8K VR.

Custom-built VR camera rigs, making use of Blackmagic Design Micro Studio 8K cameras – as well as Tiledmedia’s Tiled VR streaming technology, ClearVR – were used in the trial that streamed VR to a select number of handsets, vision-mixed with commentary.

“For the 8K workflows all those cameras need to be stitched, so every camera has an associated high-powered PC with Blackmagic DeckLink capture cards for stitching the 8K video,” says Beale. “That’s a lot of data to crunch in real time, so we’re using the new 8K ATEM Constellation from Blackmagic as the switcher, and we’re also using Blackmagic HyperDeck to record the signal for archive.”

As well as the amount of data involved, the idea of an 8K VR stream reacting to user input raises the question of latency.

The boxing is incredible in VR because it’s so up close and personal, very immersive

“It does add a little bit of latency, but actually the encoding is very good,” counters Beale. “I was pretty sceptical at first, and thought if you moved your head too much it wouldn’t work. But it’s really surprised me how well it works, it’s very impressive. It’s going to game change the whole VR landscape when it comes along in the next 12 months.” 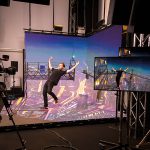 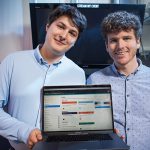