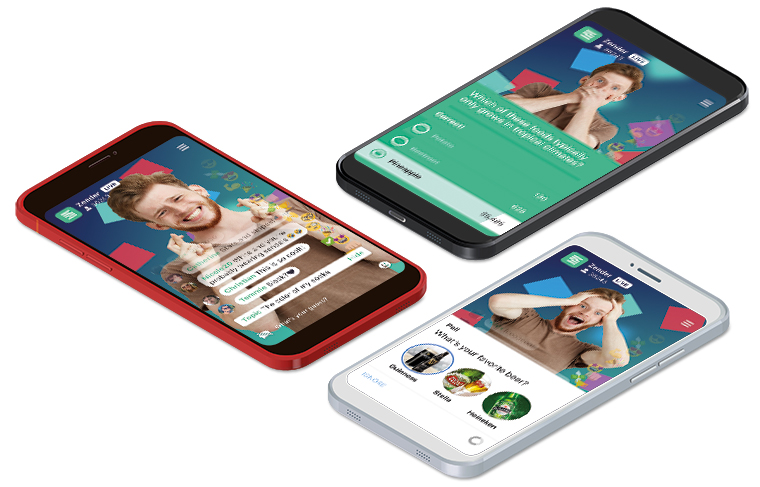 Hendrik Dacquin, CEO of Zender, has always been interested in the interaction of broadcasting, interactive media and gaming – it’s a confluence he’s been circling for most of his career

Since the early nineties, the Ghent-based medicine and biotech graduate held positions in telecoms, e-learning and interactive television before setting up his own digital agency, Small Town Heroes, eight years ago. The company achieved success making bespoke interactive streaming applications for children’s TV shows, brands and events all over Belgium and the Netherlands.

So, pulling the plug on this agency work recently and switching focus to developing Zender, the interactive mobile live streaming platform that powers these applications, has been a brave move.

That’s the long-term vision for our company, to help brands take back control from the Facebooks and the Twitches of this world

“Brave yes, but we got tired of working on short-term projects,” he says. “We saw more of a future in focussing on one thing, and doing that really well and then scaling this product throughout Europe.”

The start-up now wants to target brands and broadcasters with a platform they can integrate into their own services.

“Being able to integrate is crucial for us, so that our clients can be interactive within their own touch points. It’s what distinguishes us from the rest,” he says.

Live quizzes make up half the content that Zender generates, but according to Dacquin there’s much more to the platform than that. “We’re not just a quiz clone of HQ Trivia. The platform is much bigger. It works for live children shows, prediction games, escape rooms, talk shows and links in with fantasy sports platforms.”

He adds that Zender also allows audiences to upload video to increase user engagement, and the development team are currently working on a host of new features including a quiz team offer, where users can play along with friends and family, as well as tackle challenges between teams.

Dacquin notes that Zender’s software as a service licensing model gives clients the flexibility to rent the platform for a couple of months for a campaign, or simply as a low-cost way of experimenting with new formats. Other fees include low latency utility metering (“because it’s still expensive”), which is provided by US firm Phenix Real Time Solutions.

While most of the other technologies used to power the platform have been developed in-house, the service runs on AWS and can cater for as many as 10,000 to 20,000 live players.

“There’s a physical limit to the amount of players we can have at any one time, but for now we’re able to serve all the users we need to,” Dacquin says.

He maintains that while 5G will definitely improve the service, it works well on 4G networks, although he advises clients to avoid broadcasting during commuting hours when connections tend to be less secure.

Dacquin, who is CEO and sales director of the eight-strong firm, says the venture is “100% bootstrapped”, meaning that it relies on the profits generated from its agency work to see it through the pivotal first phase.

Broadcasters and publishers are deploying the quiz product across multiple territories including Lithuania and Sweden. The start-up has also forged a marketing partnership with a Swiss firm to target German and Austrian markets. Dacquin mentions that the same company sold a similar mobile streaming quiz app to Facebook – so are partnerships with social media platforms also on the cards?

“Not for the moment,” comes the measured reply. “We’re focused on brands who want to control their own touch points – they want to have a direct relationship with the viewer, and own it. That’s the long-term vision for our company, to help brands take back control from the Facebooks and the Twitches of this world.” 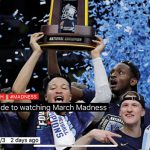 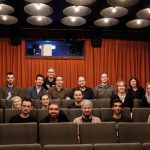