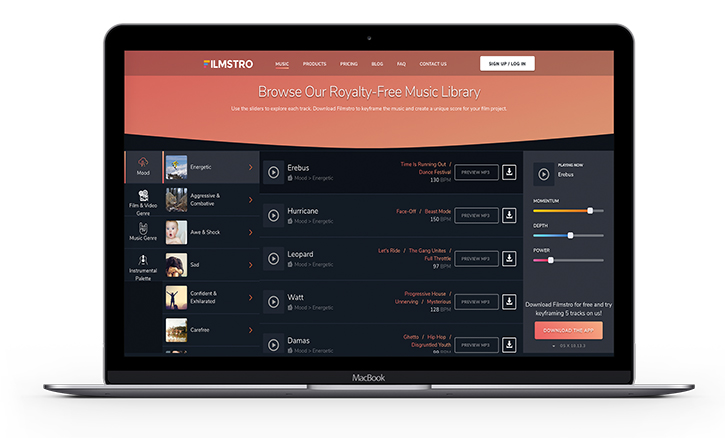 In his former role as a commercial music composer, Filmstro CEO Sebastian Jaeger sensed the frustration of creative clients when it came to describing the soundtrack brief.

“Producers like some elements of a track but not others – it can be a laborious process having to communicate what you want,” he says.

Even among the vast array of ready-to-use tracks in production music libraries, Jaeger recognises that creatives can still struggle to find the tracks that evoke just the right moods for their projects.

So, four years ago the challenge to devise a bespoke solution began – one that also sought to democratise the process by being accessible to all creators, and one that paid its contributors fairly.

The solution, Filmstro, is a music library, production tool and app that enables non-musical types to break down every piece of music and edit it into constituent parts.

On Filmstro, these aspects become the three key controls on the user interface, which comprises a left-to-right slider and a drag-and-drop timeline.

“By moving sliders around, it allows you to change music in real time and make creative music decisions without changing the fundamental piece of music or the BPM,” explains Jaeger.

Each track comes with additional musical renderings, provided by either the composer or created by Filmstro in-house. 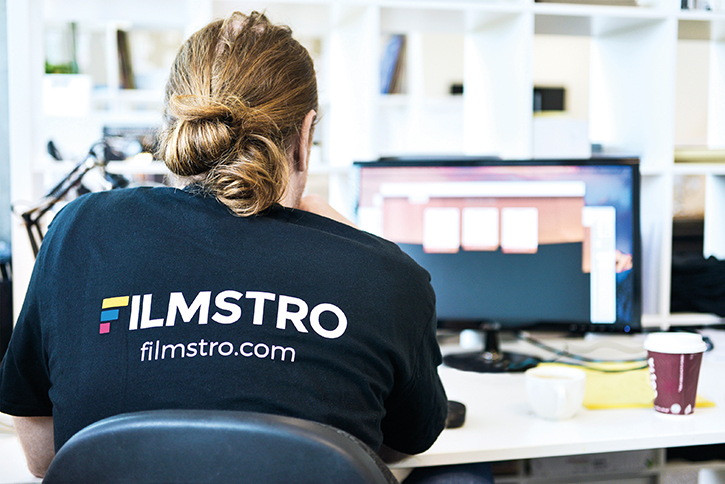 Although co-founder Chris Young, who masterminded the tech behind the product, as well as Filmstro’s head of development Timothy Fletcher, are both Masters-level AI graduates, all the tracks in Filmstro’s library are created by real composers.

While Filmstro is using an algorithm to generate recommendations, according to Jaeger there’s currently no substitute for the real deal. “Most AI-generated music sounds like C-3P0 being sick. Eventually they might get there, but right now it’s better to use musicians,” he says.

He adds that while musicians might be cheaper to employ than AI developers and coders, Jaeger believes strongly in giving his composers a fair deal, paying them well and buying out the rights upfront, rather than waiting for royalties to trickle in.

“We’re keen for musicians to write for Filmstro regardless of the usage or money it makes later. We’re fairly communist in that regard, it’s just a lottery otherwise,” he says.

The web-based product can be downloaded as a stand-alone application for Mac or Windows and has also been integrated as a video editing solution inside Adobe Premier Pro and Apple’s Final Cut X.

While the company initially relied on friends, family and angel investors, last summer it received a £500K injection from creative agency IRIS.

There are also further partnerships in the pipeline, with two music companies and a tech company currently under NDA.

The start-up has a licensing deal with the BBC, and music using its tools can be heard on ads for Skoda and Expedia.  Filmstro’s main target, however, is prosumers – from amateur filmmakers
to YouTube creators, where, through word-of-mouth alone, it has generated 100,000 downloads over a three-year period.

“Despite the fact that they have no budget, these kids are paying to use us and we’re royalty free.

“The tools also give them ownership over the music – a sense of mastery. It’s not their music but they’re literally crediting themselves as having created it ‘using Filmstro’. They see us as the tool.”

Filmstro is available to download as a stand-alone application for Mac and Windows, and has also been integrated into Adobe Premier Pro and Final Cut X 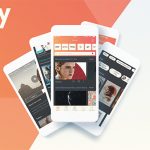 Get Your Ad Game On