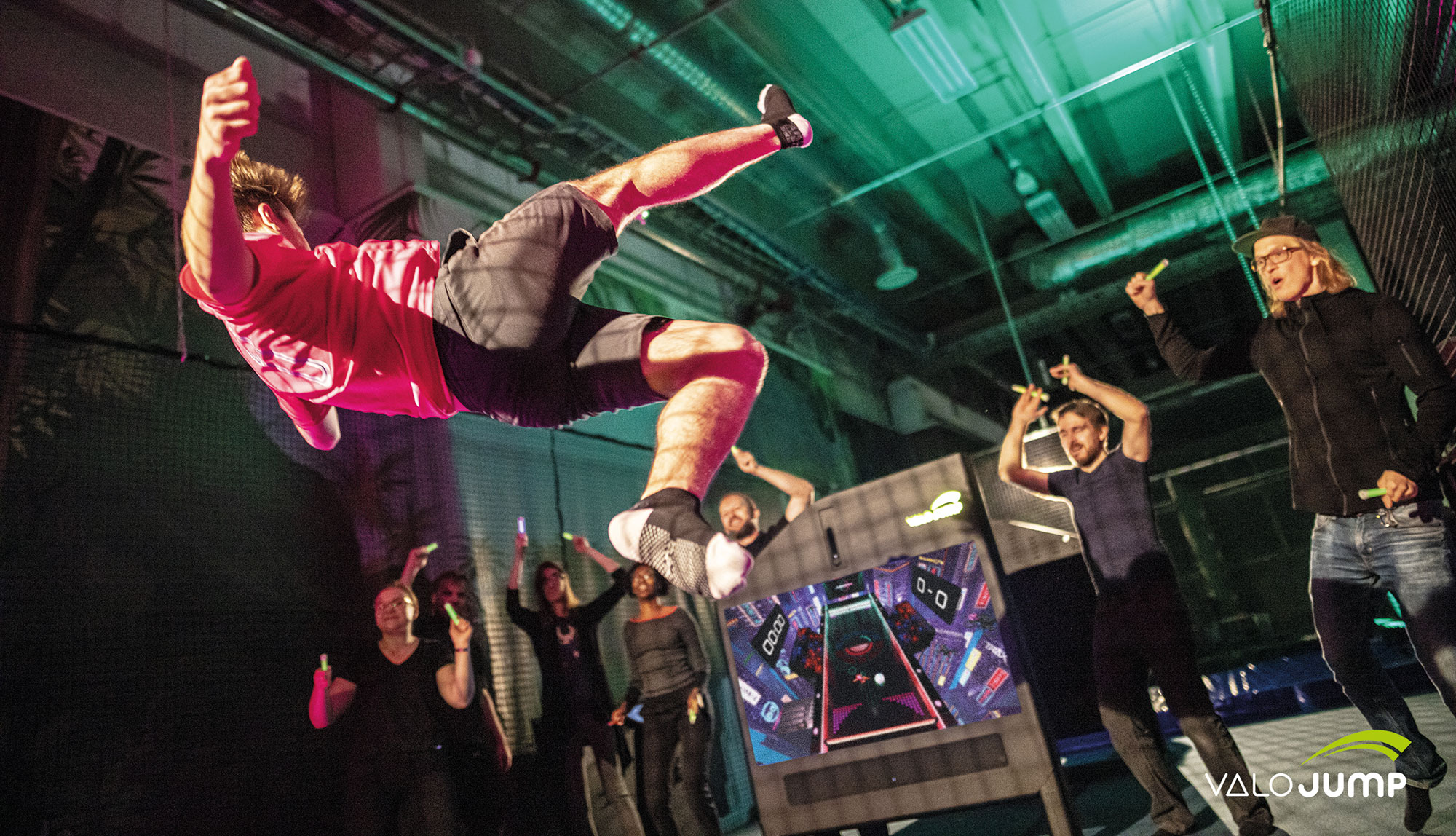 Dr Raine Kajastila decided people needed to get moving. But who wants to put down that gaming controller and head out to the gym? During postdoctoral research at Aalto University in Finland, Kajastila began to develop motion tracking technology that gamifies regular exercise when combined with digital projection and fitness equipment. The resulting company, Valo Motion – based in Espoo, outside Helsinki – has installed its proprietary (hybrid sports x mixed reality) motion tracking system in sports and activity centres across more than 60 countries.

An avid climber, Kajastila first applied Valo Motion to creating games for climbing walls. The company’s ValoClimb product consists of eight games. Most of these feature simple game mechanics, displayed on the wall. In Whack-a-Bat, a climber in a projected cartoon forest environment swats away monster mammals with their hands. In Climball, two climbers volley and return a digital ball, competing in a cliff-face version of the classic video game, Pong.

The company’s ValoClimb product consists of  eight games. Most of these feature simple game mechanics, displayed on the wall. In Whack-a-Bat, a climber in a projected cartoon forest environment swats away monster mammals with their hands. In Climball, two climbers volley and return a digital ball, competing in a cliff-face version of the classic video game, Pong.

Furthermore, Valo Motion’s development team are enthusiastic climbers, so while the mixed-reality games are family-friendly, a layer of challenge and competition appeals to seasoned climbers. Its Augmented Problems application allows them to punch in their own scaling routes (called ‘solutions’), customisable for body type and skill level – some difficulty levels are quite intense. 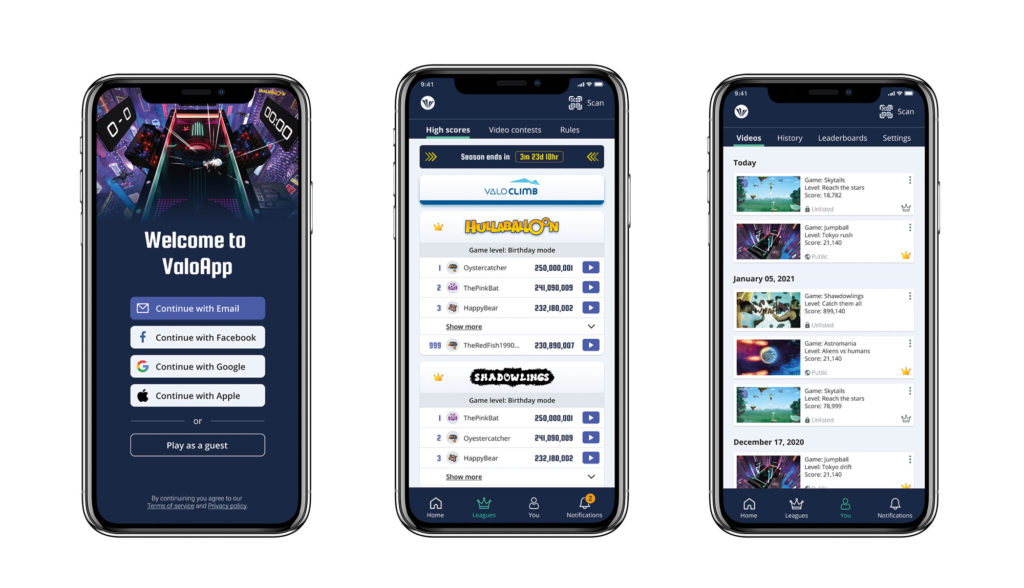 As ValoClimb became a success in venues worldwide, the firm rolled out ValoJump, using the same technology to create games for trampolining enthusiasts. Players choose from titles such as Trax. This game applies the motion tracking technology to assess poses in the air. Meanwhile, Jumpball is a two-player trampoline game that plays like a one-on-one aerial football match in the world of Tron.

Also, for the trampoline games, ValoVision tech separates the player from their background, compositing them into the gameplay. Competitors can watch themselves on a facing screen, fully immersed in the action.
The Valo Motion set-up requires a simple installation of low-maintenance hardware, including the tracker and projector. It is calibrated for certain standard-sized climbing walls and trampolines.

Competitive elements are already built into the games – players clash and compare scores. Previously, this was limited to competitors in the same venue, but in May, the company launched its ValoApp and a concerted ValoLeague.

Janina Salo-Glasemann joined the company at the beginning of this year. With a background in the Nordic start-up community, as well as a finger on the pulse of new technologies, she is the company’s new operations manager for events and competitions. Part of her mandate is to take Valo Motion from a popular exercise to a new way of looking at sports. 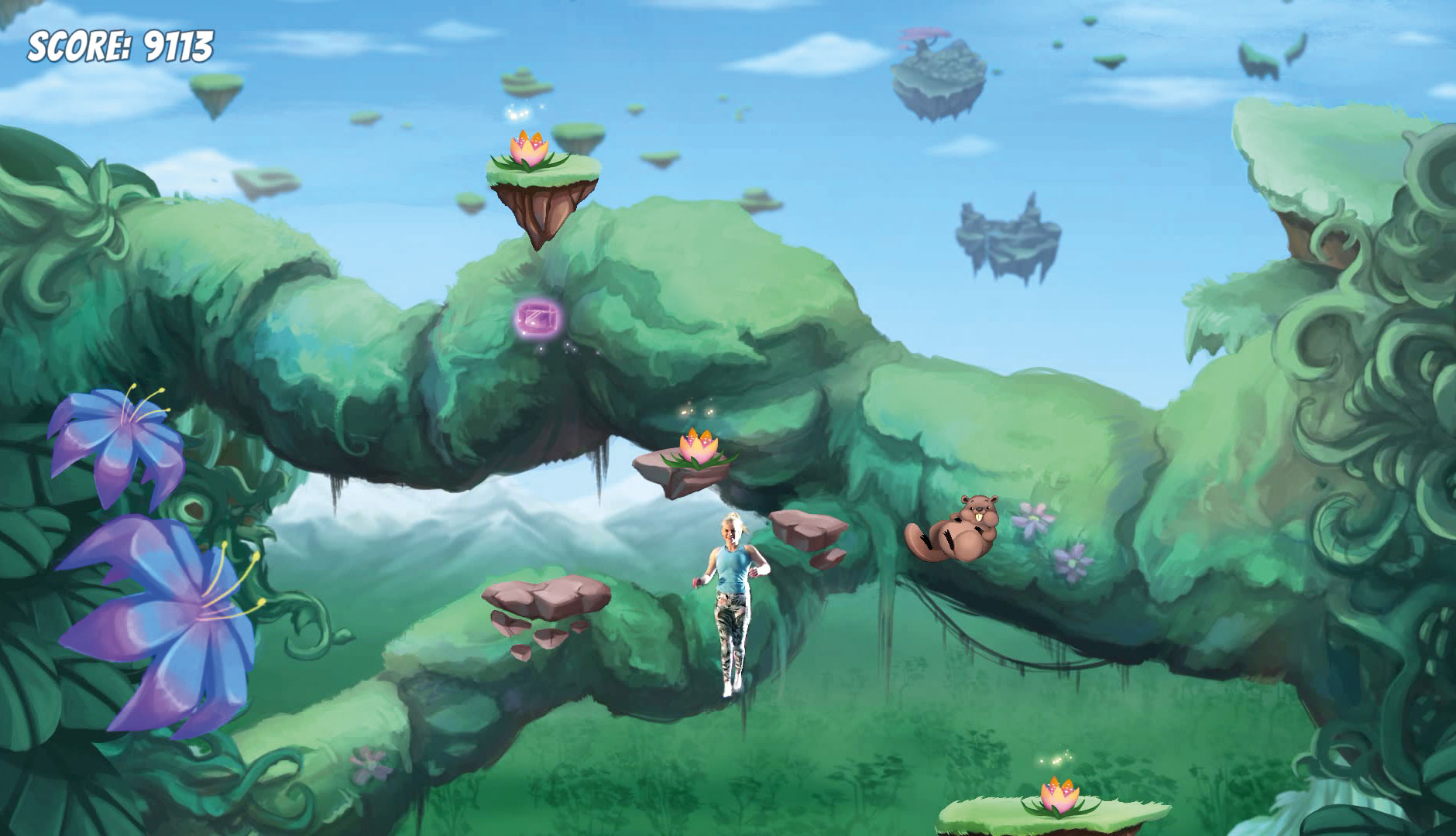 “You can’t expect people to just do sports any more,” she says. “You need to give them an incentive. Gamification is something that is needed. You can’t just say to kids: ‘Go run‘.”

The company’s new smartphone app allows Valo Motion players to compare scores against global rivals. They can also record and share video of their games through the app or on social media. The ValoLeague calls itself the first-ever esports league for trampolining and climbing walls.

“The inaugural season will run for three months,” says Salo-Glasemann. “You can join from anywhere that has a ValoLeague device, and each time you play, your score enters the rankings. If your score is beaten, you receive a notification. 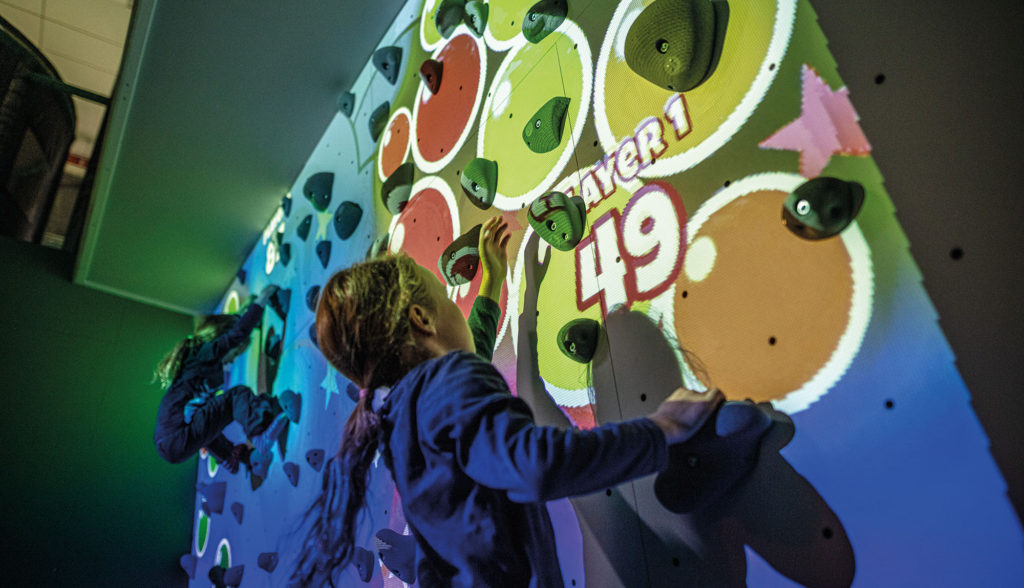 “The goal is to start running on-site events, so people can compete in person,” she says. “Therefore, some of our clients, who have a number of venues in one country or city, could run simultaneous competitions, hosting a final at a select location.”

Therefore, Valo Motion’s international success has allowed it to plan a robust tournament strategy, despite lockdowns. Whatever the pandemic throws up, the app-connected network of worldwide locations means there is always activity somewhere in the Valo Motion ecosystem.

“We are going with what is possible in different markets and building the league. But as soon as we can, we’ll start running physical events, beginning in Finland, before expanding into Europe. In the best-case scenario, we will be able to host these events continuously.”

Salo-Glasemann anticipates that broadcast will form a crucial element of the league’s strategy.

“We’ll probably first look into something like Twitch. We can’t control what individual locations do for their own events, but for the league, we want to focus on the most competitive aspects. People will be able to choose what kind of sport – whether it’s climbing or jumping – and what game they want to watch.”

Additionally, the development team is also working on other sports to gamify, but these remain under wraps. Therefore, with successful motion tracking and the right video projection, anything is possible – from chasing or being chased by monsters around a track, to laser tag featuring spectacular zaps and explosions. 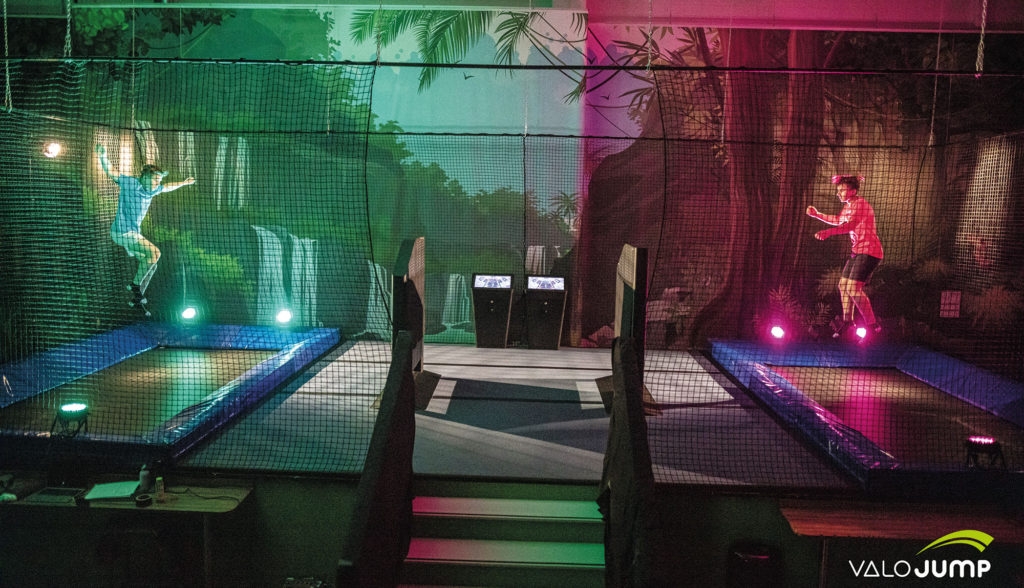 “Some people might call what we’re doing niche, but we see it as a great opportunity. We call it ‘active esports’. Perhaps we need to coin a new term for it. We want to emulate what esports does, really connecting individuals across the globe, while adding a physical sports element where people need to activate themselves. And we’re looking for new partners to help us drive that cause. The idea is to bring joy to movement.” 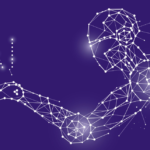 A new VR start-up says the medium should stimulate, not simulate, and is creating...

All the feels: will haptic technology al...

Haptic technology offers the ability to feel things in the digital realm. It has...

We have seen an explosion of virtual set technologies. Once reserved for top-tier broadcasters,...