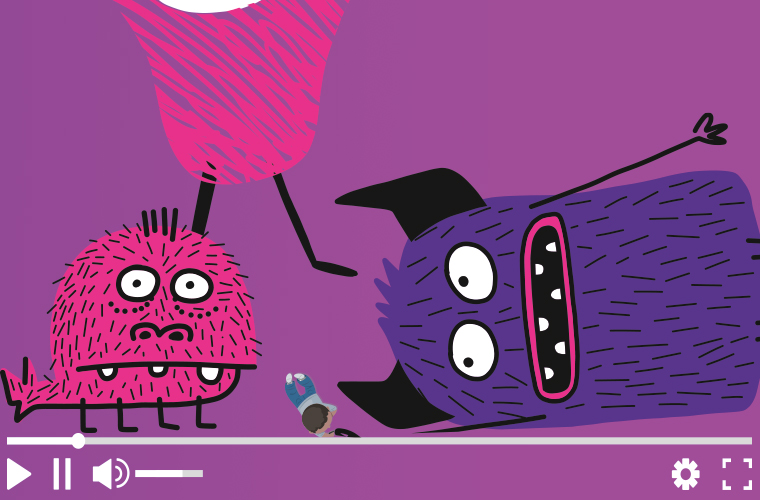 Video for children has gotten better during the coronavirus lockdown. Can we keep it up?

When the coronavirus lockdown began, millions of children were suddenly without anything to do: schools gone dark, parents stuck at home but working and playgrounds taped off by authorities. Suddenly, online video became the classroom, the gym and entertainment all in one.

Overall viewing figures skyrocketed. Netflix saw 16m sign-ups in the first month of lockdown, YouTube gaming streams climbed by 15%, one in five people in the UK signed up for a new online video subscription and Sky said demand for child-focused content was up by 40%. Even before lockdown, more than half of eight to 12 year olds were watching online video daily, according to Common Sense Media. As a generation of children turned their undivided attention to online video, so too did artists, athletes, educators and more, flooding digital platforms such as YouTube and Instagram with high-quality content, such as theatre performances like The Wind in the Willows or the now-famous PE classes with Joe Wicks.

Illustrator and comedian Olaf Falafel set up a video series for children called Art Club with Olaf Falafel that’s had thousands of views on YouTube. “It seemed like an obvious thing to do,” he says. “I’ve had the idea for a comedy art club in my brain for ages but never had enough time. Now there is no more live comedy, time is in abundance and children need educating and entertaining, so it’s the perfect time.”

On the first day of lockdown, TV presenter Maddie Moate and science journalist Greg Foot launched Let’s Go Live, a livestreamed version of their family science show, offering 30-minute videos with educational activities. “When lockdown happened, we realised there was a cry from parents overwhelmed with the fact they would have to homeschool their children,” Moate says. “Science is a tough thing to teach at primary school, so at home it’s really daunting.” 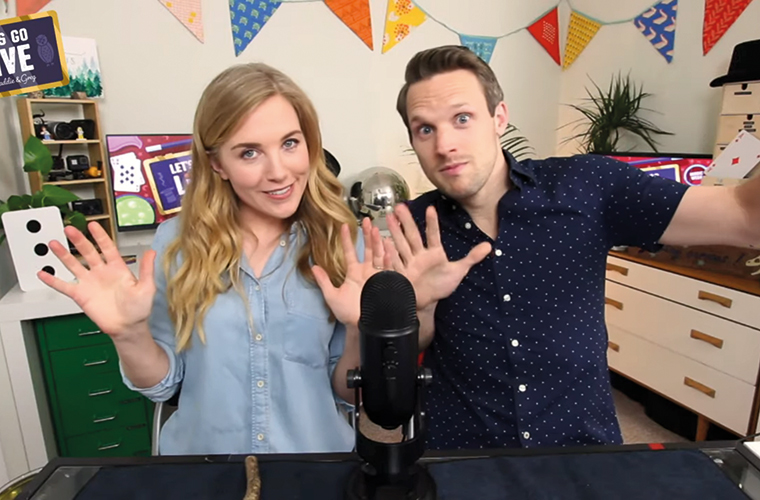 Having higher-quality materials helps parents with homeschooling, freeing up parents to focus on their day jobs for a few hours, secure in the knowledge their offspring are entertained and educated. “Parents really appreciate having something that is inspiring and slightly educational that their kids can sit in front of while they get on with their work,” Falafel says. “I’ve heard some parents can get up to three hours peace and quiet out of each episode.”

That’s key, as research from the UK’s Institute for Fiscal Studies also suggests that children with wealthier parents are more likely to be in schools offering online classes than their less well off counterparts. Indeed, two thirds of students in the richest households have active help from schools, including online video classes, versus 47% for the poorest fifth of families, IFS says. That means families who are less well off financially may be more dependent on sourcing free, quality content, meaning many turn to YouTube, though alternatives such as Khan Academy Kids and TED-Ed do exist.

Are there algorithmic ways of promoting content to families – upranking exciting, challenging, stimulating content – or are they just going to let it flow as it does now?

But it isn’t easy sorting quality content from the dross.

“My key concern is how are parents and children going to find it,” says Sonia Livingstone, professor of social psychology at the London School of Economics and co-author of Parenting for a Digital Future. “How are they to know what’s good? I’ve interviewed many parents who say they don’t know where to look.” 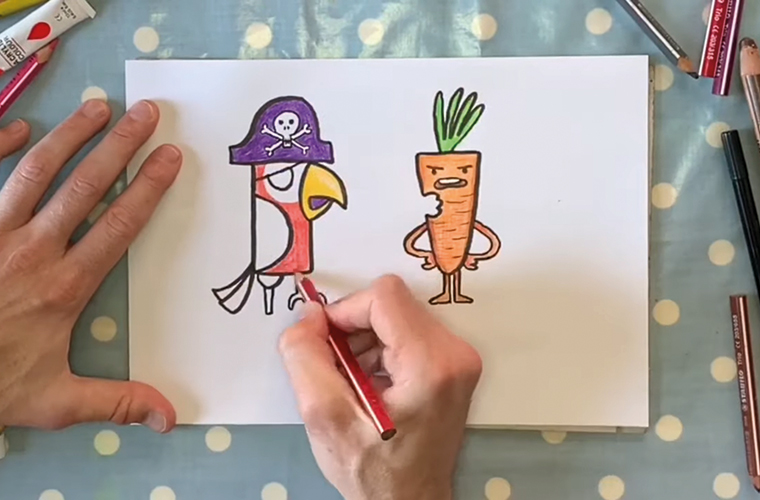 Pirate parrot and pirate carrot A still taken from episode 9 of Art Club with Olaf Falafel, a YouTube art series for children

Moate admits their videos used to get lost “among all the nonsense you can find online, and suddenly it was being sought after”. Foot says parent-to-parent networks and advice from schools helped spread the word. “Just before lockdown, our subscribers were just under 80,000 — now we’re over 130,000.”

Video platforms need to find ways to highlight quality content for children, rather than using the same tricks used to keep adults watching as long as possible in order to serve more ads, leading to cheap, addictive content such as clips of toy unboxings and poorly animated videos set to nursery songs that flood platforms such as YouTube.

“Are there algorithmic ways of promoting content to families – upranking exciting, challenging, stimulating content – or are they just going to let it flow as it does now?” Livingstone asks.

YouTube Kids, Google’s separate app for children, is designed to be family-friendly, with curated collections making it easier for parents to find relevant videos. But it’s targeted at younger viewers, aged three to 12, leaving teenagers to fend for themselves on the grown-up version of YouTube. “I don’t understand why the online video industry doesn’t see it in their interest to curate things like ‘great videos for 12 year olds’ or ‘videos for sporty kids looking for something to do in lockdown’,” says Livingstone.

Conversation starters are helpful, because a lot of parents just don’t know how to break into that blank stare

Back to the family

Another change Livingstone would like to see is the end of autoplay, when another algorithmically chosen video starts playing after the one you’ve just finished in order to keep us watching — but that’s not ideal for learning or expanding young minds. “We want the next thing, the thing that takes it a bit further,” she says. “That allows us to develop, and that’s not how the algorithms work.”

Autoplay also sparks discord between parents and children, Livingstone continues. “It creates such a conflict, because parents then have to actively turn it off, when the child already has seen what’s coming next.” Instead, parents should be given the opportunity to discuss with their children what they liked about the previous video and decide actively what to look for next.

For those making videos for children, Livingstone suggests they include prompts to encourage children to discuss what they’ve learned with their parents. “Maybe something that tells the kids to go and grab your mum and dad… Children love to tell their family what they’re enjoying,” she says. “Such conversation starters are helpful, because a lot of parents just don’t know how to break into that blank stare.” Moate suggests would-be video educators learn to speak to multiple age groups at once. “We would never want to patronise anybody, but we would never want to underestimate anyone, either,” she says. 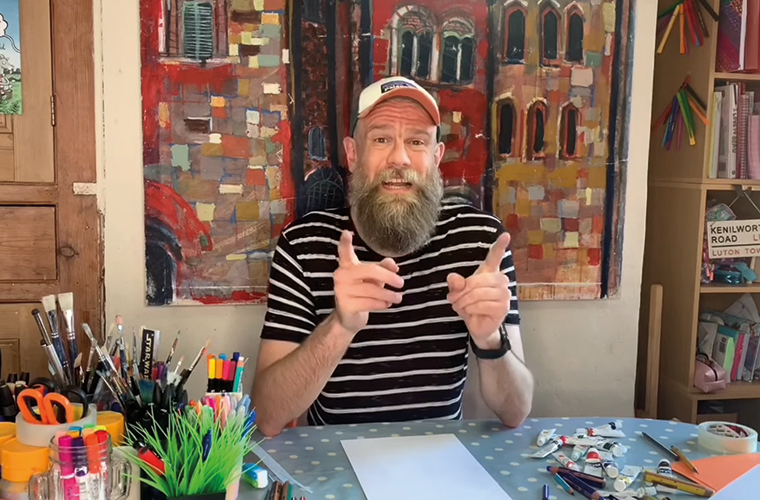 Will this renaissance in children’s video outlast the lockdown? There’s one big challenge: money. Moate and Foot don’t make very much revenue from their 130,000 subscribers for one main reason.

“We choose to mark our videos as made for kids,” explains Moate. That limits the number and type of ads that can be shown. “That means we won’t make as much ad revenue on our videos, and that’s the way it is.”

When lockdown ends, Moate has to go back to her day job to pay the bills, though the pair have set up a Patreon to help cover some costs. “We’ll have to stop doing the show five days a week, but we don’t want to stop doing it completely,” she explains.

And hopefully they don’t need to — children will keep watching video whether there’s a lockdown or not, after all. 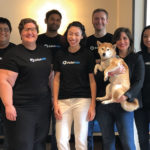 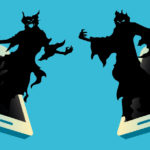 With the proliferation of streaming video services, watching TV is starting to become a...