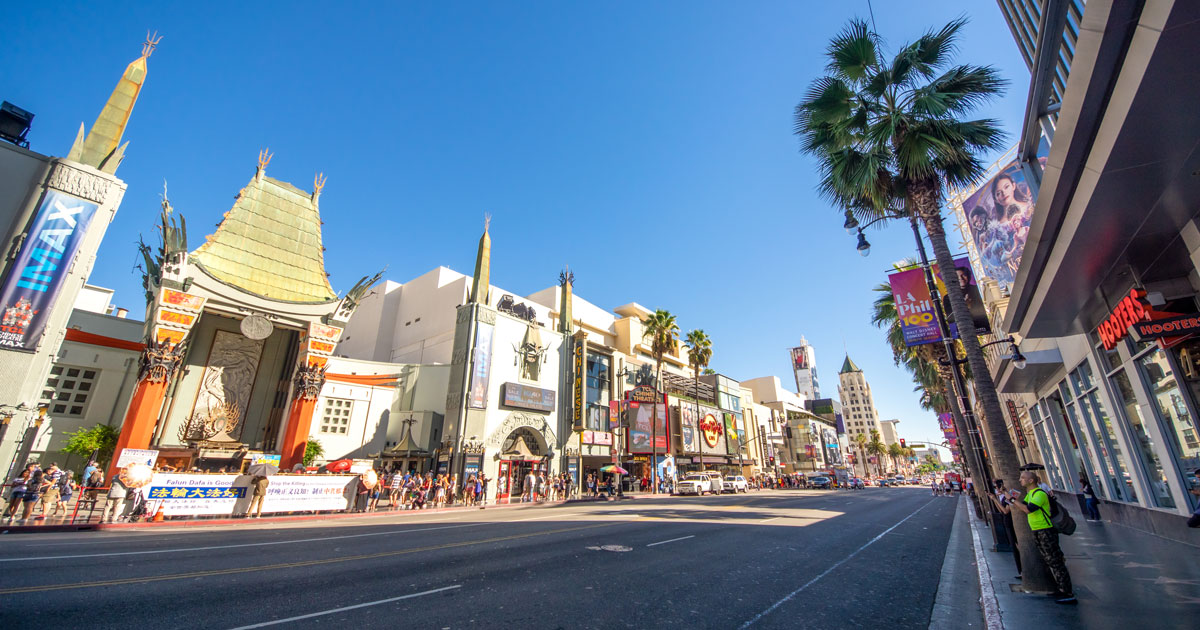 The Ankler started as Hollywood commentary for Richard Rushfield’s LA friends and colleagues. Now, the journalist’s indie venture has become ‘Hollywood’s most dangerous newsletter’ and is must-read analysis for everyone in the movie industry 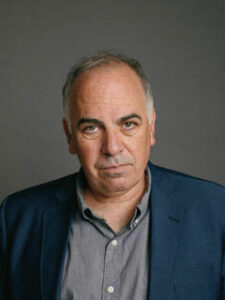 FEED: You grew up in Los Angeles. Were you always a Hollywood insider?

RICHARD RUSHFIELD: My parents were not involved in the industry in any way. Before high school, I didn’t really come into contact with Hollywood, apart from seeing a movie star in a restaurant now and then.

But my high school, Crossroads School, was very Hollywood. There were a lot of people whose parents were in the industry, while a number have since gone on to work in the industry. There were children of stars and children who were stars themselves. So I had this awareness of that world from then on.

FEED: It seems you’ve always had an interest in what goes on behind the scenes. Is that true?

RR: The problem is, if you submitted my story as a novel or script, they’d have a lot of notes. There are many segues that don’t add up to anything or make sense. Things sort of fall out of the sky without any build-up or logic to them. I got on an art history degree at Emerson College, but my first career was as a political grassroots organiser.

I lived out of a suitcase for four or five years and went all around the US. It was a great experience for a young person, because you work with all communities – coal miners, mobsters in South Philly, in disadvantaged and affluent neighbourhoods, with unions and environmental groups. So, when it came to journalism, I had a sense of the wider world.

I was on the Bill Clinton presidential campaign in 1991. I think that was the only one I was involved in that ever won. Then, I went on to work for a long series of losing campaigns – which are much more emotionally satisfying. You feel a moral victory over those fools who rejected you, and don’t have to deal with actually being responsible for running the place.

FEED: When did you become a journalist?

RR: I had become uninspired by the political thing and got the idea I was going to be a writer. What else did I know how to do? And then thought of being a reporter, despite having absolutely no idea what I was doing or how to go about it.

I ended up climbing the ladder in a pretty rational way. My first assignment was a story that was two sentences, and I got paid $20. I spent years doing stuff like photo captions and research for other people’s articles. I worked for Office Depot magazine. Then Los Angeles magazine gave me a lot of work. Eventually, after making all kinds of horrendous mistakes, I found my way through it.

My friend Adam Leff and I came up with this little chart idea to make fun of people in Los Angeles. It had five characters, where each would go for lunch. We’d come up with their pickup lines and so on, and believed Los Angeles magazine would enjoy something like that. I gave it to my editor and he sort of chortled and said, ‘we don’t do charts here’. Afterwards, I showed it to a couple of other people who said, ‘you must be mad’.

I held on to it for a year before showing it to Graydon Carter, the co-founder of Spy, who had become editor of Vanity Fair. They published it. Then they said, ‘why don’t you do another one’? It became a 20-year franchise. We would go to Microsoft or talk to DC lawyers and fill up notebooks, asking: ‘Who are the characters? What do they have in common? Hey, everybody has a funny dog. We should do a funny dog line.’

FEED: How did The Ankler come about?

RR: I had done a ten-year tour of the internet, working for crazy start-ups and media companies, including as a writer and editor of the LA Times. I’m one of the small group of people who’ve worked for Gawker, BuzzFeed and Yahoo. It was a crazy time, with everyone’s strategy changing every two weeks. There wasn’t five minutes of stability.

I finally said, I don’t have any more of these in me. I can’t work for another crazy company, trying to find a web strategy, being hostage to the winds of fortune like this. In all these places, it just became about chasing these massive numbers of views, because the ads had become worth fractions of pennies. So, to do that, you had to create stuff that would reach every single person on earth, the widest possible audience – and you couldn’t assume any previous knowledge. You couldn’t even assume that people would know what website they were on, let alone who was writing it. It was just incredibly unsatisfying.

I thought: what if, with email, you could create a product aimed at a few thousand people, instead of what 50 million people would find valuable? Then, you offered something so valuable, they would actually pay for it.

I knew about the entertainment industry, and the people covering it had gone in a very broad direction – with not a lot of meaningful writing. I thought, maybe, using this email medium I can start something.

RR: Newsletters are everywhere now, but when I started doing this four years ago, my media genius friends all said: ‘This is a terrible idea. Nobody is going to pay for an email. That’s not going to happen.’ Now, it has flipped.

I liked that it took you off the internet. It wasn’t about a website or communicating to the whole world any more. It was a direct relationship with the subscribers and creating a conversation there.

FEED: What was the format you started with? Was it always going to be an industry critique?

RR: I knew I was going to write about the entertainment world for people who work in the industry. That was all I knew.

I was just going to treat this like a job, and went to a little shared office space every morning to work. The idea was that I would send out one a day, with ten things on it. Four of them might simply be links to a story, plus a brief essay, and maybe a top ten list or a funny video. I sent it out to five friends to offer feedback – the early ones suggested a lot less writing and a lot more aggregating. But, pretty quickly, it became clear I was not going to pull it off every day.

I added another five friends every week, and when it hit 30 people, I said: ‘If you like this, feel free to forward it. Just don’t tweet about it or say anything publicly.’ It became this thing that was passed along – and the numbers started going up.

Because I always felt like I was writing for five friends, I’d spout off and say obnoxious things about all sorts of people in the industry. People would say, ‘wow, look what he’s saying, no one at the studio will say that’. It fuelled all of the early viral success.

RR: Big executive and producer types would say, ‘let me take you to lunch and tell you what is really going on’. I would retort that I’m just a guy writing a stupid newsletter to his friends! Sure, I’ll take a free lunch. So, I started talking to people who really could give more perspective.

That year, it was the height of Netflix-mania. Everybody was shouting, ‘My god, this is the biggest thing that’s ever happened
on TV! Every other network needs to just shut down and give itself to Netflix!’

Netflix was putting out these crazy statistics – even crazier than they do now – that were going completely unchallenged in places like the New York Times. I took a sceptical view towards their business model, which no one was doing. That first year of The Ankler was fuelled by people saying, ‘…finally, someone is calling them on this’. People in Hollywood were in disbelief that everyone was swallowing this fantasy Netflix was spinning.

Now, clearly they have done well for themselves. But I think people were amazed and relieved that there was someone injecting scepticism into the conversation.

Then, the week I put up the paywall, the Harvey Weinstein story broke and, of course, that set up a whole round of things to cover. Again, the Hollywood press didn’t know how to address it. There were these big investigations, but I was able to do a more critical appraisal of things than the trades could at that time.

FEED: What is the state of trade publications now? Variety is read by people all over the world. It’s no longer an insider magazine for the industry.

RR: That’s why there was the opening for me, because the trades were torn between chasing that wide audience and serving their home base, and started siding with that broad readership. Also, they had no subscription model any more, making them completely beholden to the people they were covering – not just for advertising, but for people to appear on the covers, for exclusives – which completely defanged them.

FEED: Deadline Hollywood showed up briefly as an alternative.

RR: Nikki Finke, who wrote Deadline Hollywood, was a bomb thrower. I had issues with how she would write, because she could be more interested in the bombast than the accuracy. But she knew how to put on a show.

One thing she knew intuitively: you can be wrong 1000 times a day and people will still read you, but you can never be boring. People were so afraid of getting it wrong, that they had grown very safe. This is entertainment you’re covering!

It’s a place for contrarian points of view, and when people feel the trades are missing a part of the story, which is pretty much on everything. I become the place people can come and talk.

FEED: How important is it to establish that sense of community?

RR: That’s how I started to write, referring to ‘we’ as members of a community. But we made a point to never put on job titles. We’re not going to say Disney CEO, Bob Iger. It’s just Bob Iger – or Bob – I assume my readers don’t need to be spoon fed. 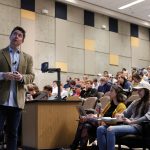 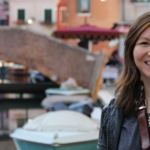 Bex Smith: "There have to be role models...

After a long career in football, including captaining the New Zealand national team, Rebecca "Bee"...

FEED's genius interview met Tracie Mitchell of Greenfish, who is at the heart of...

Richard Mills has worked at the forefront of new imaging technologies for years. He...
Read Here