Nicola Mazzanti, Cinematek: “The sales of 1% must pay for 100% of the collection. The problem is, you never know which 1%” 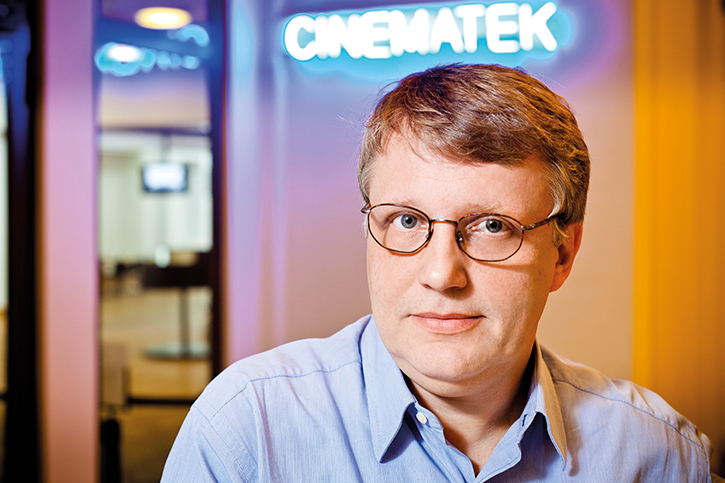 We continue the exploration of our round table content management scenario with an in-depth analysis from one of the world’s top film archivists.

Our January 2019 issue’s Round Table proposed an intriguing hypothetical:

We asked our round table experts to answer questions about a fictional film and video archive from a mysterious billionaire named “McBoolean” that could prove a gold mine – or an endless pain in the neck.

“Hi, FEED experts! We are a private equity firm called the Goody Group. We have acquired the rights to the private media library of recently deceased multi-billionaire, Boolie McBoolean.

McBoolean hoarded film and video assets of all kinds (he often boasted he had a print of the original cut of Orson Welles’ The Magnificent Ambersons). We want to monetise these newly acquired media assets as soon as possible. But there are some complications.

One is that there is no systematic cataloguing of the assets that McBoolean acquired over the decades. He would buy a single piece of moving image content or a whole archive, then squirrel it away out of human reach.

The collection includes a huge range of analogue sources, including nitrate and acetate film in varying conditions, multiple gauges of videotape and variously formatted hard drives.”

Nicola Mazzanti, one of the world’s top film archivists, has an altogether different take to the answers we received at the time.

Nicola Mazzanti is head of conservation at Cinémathèque Royale de Belgique (Cinematek), and has been active in film archiving and restoration for more than 30 years. He was the first film archivist at the Cineteca di Bologna and the co-founder of both the film festival Il Cinema Ritrovato and the restoration centre, L’Immagine Ritrovata, which he restored hundreds of films for.

Mazzanti has served on the board of directors of the Association of Moving Image Archivists (AMIA) and of the European digital platform for cultural heritage (Europeana). He was also involved in Digital Cinema standardisation within the Society of Motion Picture and Television Engineers (SMPTE) and was president of the Association des Cinémathèques Européennes (ACE).

We presented Mazzanti with our hypothetical case of the Goody Group acquisition of Booley McBoolean’s massive, messy film archive. His analysis was provocative and enlightening.

FEED: So, you’ve read through the scenario. What are your thoughts about the Goody Group and its attempt to monetise the McBoolean archive?

Nicola Mazzanti: I think it is a classic scenario. But if the Goody Group is really an equity company, my answer is: get rid of the collection as soon as possible. There is no money in it.

It sounds to me like the Goody Group has acquired physical objects, but doesn’t necessarily own rights to all the content. Or, at least, they are not sure they own the rights. McBoolean seems to have acquired objects: prints, copies, either analogue videos or film. We assume that he may have acquired rights, too, for some things. But we don’t know. Nowadays, analogue content without rights is worth literally zip.

If I was an equity company like the Goody Group, I would deposit this collection with an archive, a public mission institution or a university. There is a standard deposit agreement that is used throughout the world where you can deposit content while keeping the physical and intellectual property rights you may have. And you can easily modify the contract so that eventual revenues could be shared with the deposited institute.

Why? Because no way on Earth is it economically worth it to develop the infrastructure required in order to conserve this collection. You mention that some of the cans smell of vinegar. This means vinegar syndrome, which implies freezing the assets. And if the collection is vast, you need a lot of space. Building low-temperature storage for such a collection is a big enterprise. And, frankly, is not the job of an equity firm.

FEED: Are there any realistic alternative options?

Nicola Mazzanti: You might try to sell the collection. You could try archives who are desperately trying to increase their collections, particularly in the American market. But you need qualified people just to go through the paperwork and the films.

‘To index’ doesn’t necessarily only mean distinguishing Winston Churchill from a generic fat man. Let’s say I have acquired a print of Lawrence of Arabia. Has this print got anything interesting in it? Is it two minutes longer, or just the same? Same for The Magnificent Ambersons example cited. Is there any extra footage? Does it look particularly good? For a print to be valuable, it must be either longer or better.

FEED: What about dealing with the rights problems involved in a big collection like this?

Nicola Mazzanti: You need somebody to go through the paperwork of Mr McBoolean and understand when he acquired the collection. What does the contract say? Does it say that the person selling it would also transfer rights? Which rights? The rights to what and for what?

If your market is theatrical or Netflix distribution of the new, most complete version of The Magnificent Ambersons, then it is a completely different ball game. The budget for complete restoration is between $100,000 and $200,000.

In the case of Ambersons, we know who owns the rights. Let’s say you make a deal. In the deals I’ve seen of this kind, money is rarely exchanged. You make a deal with the studios and get something in return, but you can’t really expect them to give you any rights or a significant amount of money. You can participate. You can make a deal, a contract, depending on the value. ‘Value’ meaning it’s a missing scene, a completely different editing or something like that – not just because it’s a print, even if it is good looking. Because they already presumably own a lot of assets on that title.

The famous rule of these archives is: the sales of 1% must pay for 100% of the collection. The problem is, you never know which 1%. If you find a second Zapruder film, then you can make some money.

FEED: So this is a bad investment for the Goody Group?

Nicola Mazzanti: There is no way, when you factor in costs, that the return on investment is positive.

There is the possibility that maybe the son of Mr McBoolean is a film freak – he had a very bad relationship with his father, who made money by killing whales – then you might set up a foundation. The inheritance from the whales pays for the preservation. But it is a bottomless pit. There is no monetisation. However, there are other returns for him: the name, fame, the fact that you are doing something culturally or socially important, all of that.

But if you are a hedge fund, and you really want to make money out of this, I would be very careful. The up-front investment is high and it’s not easy to come across the necessary know-how, skill set and people.

FEED: What about dealing with very old collections, like the assortment of Soviet animation that we mentioned?

Nicola Mazzanti: With a lot of the film rights from the 1940s or 1950s, you may never, ever find out what happened or who owns those rights. But the nice thing about dictatorships, such as the Soviet Union and the Nazis, is that they kept very strong control on their assets for censorship reasons. As a film archivist, I love dictatorships.

In many of the Eastern European, former socialist countries the rights were taken over by the state and when those regimes collapsed, the rights were then handed over to some sort of body, all together. The local film institute or a local library, something like that.

Take the example of East Germany – the German Democratic Republic. The rights that belonged to them ended up in a foundation called DEFA (now at the University of Massachusetts in Amherst) after the collapse of the Berlin Wall in 1989, and it’s all still there – or most of it is. And what the Nazis had retained at UFA [a German film company producing and distributing motion pictures, which operated from 1917 through to the end of the Nazi era] all ended up in another foundation after the war. But when you have democracy, who knows who sold what to whom in a certain year? Very few countries are equipped with a centralised registry where there is an obligation to record transactions.

Even if you do find out that you own the original production rights of film ‘X’, it is really difficult to find out if, in the meantime (in the last 50 years), maybe I signed over certain rights to Mr Epsilon or Mrs Epsilon, perhaps in certain territories or perhaps for a certain period of time.

FEED: So if a deal is made with an archive, the archive can potentially take over some of that work for you?

Nicola Mazzanti: That’s what we do. That’s what normal archives do. The problem is that archives are facing the same problems with their own collections.

However, the advantage is they have staff and they have infrastructure: machines and equipment. If you have analogue tapes and films, if you want to see what is on the film, you need the equipment to view it – and the problem is that certain viewing equipment is not manufactured any more.

Publically-funded institutions have always played a counter-cyclical role. In political economy terms, or in economic terms, counter-cyclical means they provided the funding when the material was no longer interesting – industrially or commercially.

Publically-funded institutions have been doing that for a long time. When the industry decided that their films were not worth anything any more – in the 1950s, 1960s or early 1970s – archives took them up because they were important cultural artifacts and saved them. Then, in the 1980s and 1990s, Ted Turner came up with AMC and Turner Classics and started giving them a second life on cable. And then the DVD came.

So, suddenly they became assets. But for decades, they were liabilities. That’s the reality of things. 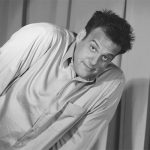 Brian Scheil, Entertainment Services LA: “A lot of opportunities have come along from knowing this technology” 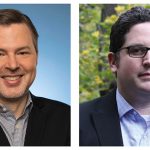