Everyone knows that heartbreaking moment from a nature documentary. A polar bear clinging to an iceberg, or a grim-faced news reporter standing against a background of forest fires. The impacts of climate change are often communicated to us via screens. But what about the broadcasting network the grim-faced news reporter works for? Or the tools used by the team filming the polar bear?

The environmental impact of the industry is significant. Bafta-backed organisation, Albert, estimates that every hour of TV production generates 9.2 tonnes of CO2, with each tonne of CO2 causing the loss of 3m² of sea ice. If you then multiply that by hundreds of thousands of productions every year worldwide – and the growing boom in streaming – you get a good idea of the scale.

Awareness is certainly increasing in the broadcast sphere, with a plethora of announcements concerning a greener approach. The real challenge lies with how companies are actually going to tackle their impact.

Blackbird has released a sustainability report entitled Video Shouldn’t Cost The Earth: Reducing the climate impact from TV and video production. According to its findings, a key area is the exponential growth in content demand – including VOD. The report claims: “With connection speeds doubling every year, and even faster increases in mobile device capacity, people expect to stream high-quality video anywhere on any device.”

The statistics confirm this. Alongside the fact that a whopping 82% of internet traffic will be video by 2022, there are the following factors:

The report provides examples of propositions surrounding this. YouTube, for example, has committed to being carbon-free by 2030. Amongst the VOD realm, Amazon has committed to net carbon zero by 2040, while Netflix is addressing its impact with renewable certificates and carbon offsets.

Editing and post-production workflows, once tied to on-premise equipment, can now be performed anywhere via the cloud. According to the report: “This has huge potential for broadcasters. It helps save energy by reducing the trucks, equipment and people required on-site.”

A 25% reduction of carbon emissions from UK public service broadcasters’ programme making would save over 200,000m² of sea ice per year

The only identifiable issue with this is the sheer volume of data generated by video. However, rapid increases in internet speeds and cloud capacity, combined with advances in fibre networks, allows for vast data transfers at fast speeds with no quality loss. Sounds an easy solution, right? Wrong. Blackbird found:

An even better solution: going native

Blackbird’s platform transcodes video from live camera feeds or files into a lightweight proxy version, that goes direct to the cloud in real time.

This allows for frame-accurate video viewing, editing and publishing – while reducing the need for heavy virtual infrastructure. The fact that the whole platform sits on a browser means none of the climate-impacting regalia is needed, either.

Blackbird’s solution can offer significant energy and emission savings, not only over a traditional on-premise set-up, but also when compared to most existing cloud-based video production platforms.

As stated in the report: “With cloud-native technology, making video doesn’t cost the earth.” 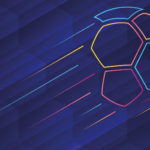 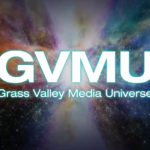 TV Steps Up to the Cloud

Arqiva is turning to the cloud to offer new services for a multi-platform, multi-device...

A new security expert at EVS cyber defence is determined to enhance the broadcast...

Fans of top-tier Polish football are in for a treat, as Ekstraklasa TV evolves...
Read Here