Dubbed the largest car racing organisation in the world, the National Hot Rod Association (NHRA) oversees drag racing across North America. Founded in 1951, it has over 40,000 members. 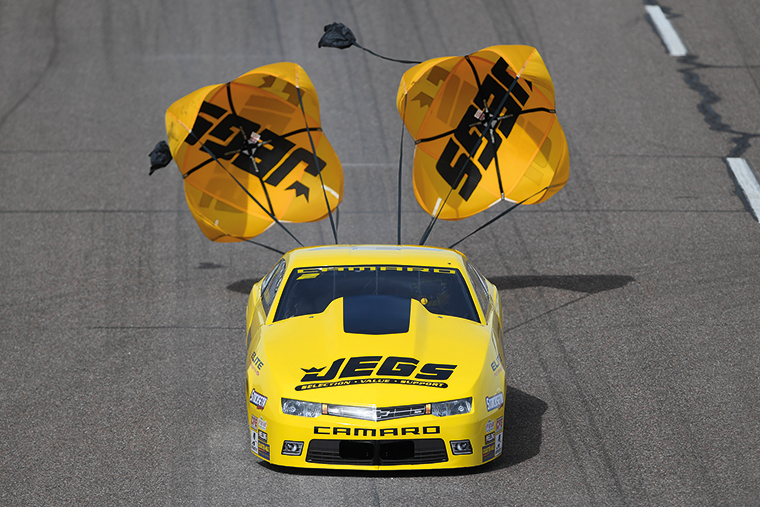 A couple of years ago, the NHRA launched an OTT offering. The channel, originally called All Access, featured a simple live stream of everything happening at national drag race venues, including announcer commentary and coverage of every race on the track. The streaming service soon became incorporated into the NHRA’s in-venue big-screen content, with a resulting boost in content quality.

At the start of the past season, the channel was rebranded as NHRA.tv. With Sony’s OTT solution, Ven.ue, NHRA.tv is now available across multiple platforms on the web, iOS, Android, Roku and Apple TV. NHRA is currently working on providing original content for that channel beyond its race coverage, including a studio show. The NHRA has also experimented with bringing in content from other sources, like ANDRA, the Australian National Drag Racing Association. The channel has a growing audience in other countries, including Australia, Sweden, Germany and the Middle East. The OTT channel is currently subscription based, but the NHRA is aiming for on-demand, transaction-based content in the future, for those who want to see a specific clip or access a moment from the organisation’s vast archive.

The NHRA developed a partnership with Sony through using Sony’s Ci media cloud platform. During the 2015-16 race season, the NHRA renegotiated its linear TV distribution relationship with Fox Networks and, in doing so, decided to bring all its production in-house.

“It was the only way we would have control over our messaging and content,” says Mike Rokosa, NHRA technology executive. “And it’s what started the process of building out our own production capabilities in our offices in California. With that came the necessity of building a library, which was almost all videotape – some film – sitting on shelves.

“We started by trying to band-aid up a hardware solution, but found pretty quickly that it was unsustainable.” Rokosa knows what he’s talking about. He was responsible for building one of the first digital asset management systems for the NBA. “When I worked with the NBA in the year 2000, cloud was just something that moved across the sky,” he laughs. Using Sony’s Ci has allowed the organisation to easily store, access and move content across its business. Additional partners have come on board, including cloud post-production company BeBop. The NHRA has just begun the process of moving all its Adobe-based systems off the machines in its Glendora, California headquarters and onto virtual machines on the AWS platform in the BeBop environment, which can access any content stored in Ci.

Additionally, past content produced for the NHRA channels is moved to the cloud using the AWS Snowball data migration service. Content is moved from Amazon S3 to Glacier for longer-term storage.

Similarly, the NHRA archives, which extend back to the fifties, will be digitised by Sony’s Memnon service, which helps businesses digitise large media archives regardless of size or format.

“All of this means process improvement for us as far as being able to edit and create content for the network and broadcast shows, for our website and for the NHRA.TV, as well as promotional material like commercials or sales material,” says Rokosa.

Rokosa’s goal is to take the metadata-rich content archive the NHRA is building and move it to Sony’s Ven.ue platform, which enables a public-facing access point for subscribers and fans to get the full range of NHRA content. 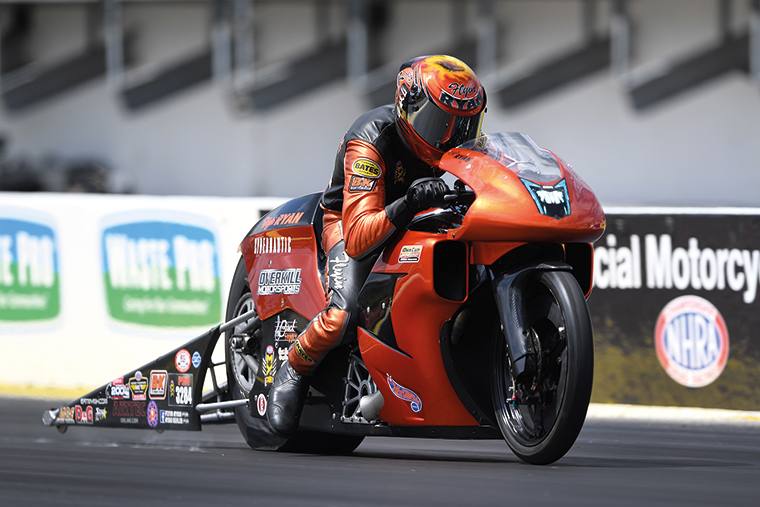 The NHRA is also now able to stream its content directly to the cloud from its venues and OB trucks. It just signed a contract with AT&T for a 10GB bandwidth connection from each one of the organisation’s tracks, which will allow the transfer of broadcast data to the cloud to happen in almost real time. There will also be a direct connection from the NHRA’s location in Glendora to AWS.

With a fully deployed cloud infrastructure, the NHRA will be able to move content around at high-octane, nitrous-injected speed, allowing race fans – from Glendora to Bahrain – to enjoy the results.