The annual Rory Peck Awards is nothing if not humbling, and generally involves many of us in the media industry spending two hours becoming ashamed of referring to ourselves as ′journalists′.

The Rory Peck Trust was set up in 1995 in memory of freelance cameraman Rory Peck. Peck covered the first Gulf War in 1991, as well as the civil wars in Bosnia and the Soviet war in Afghanistan. In 1993, he was shot and killed by paramilitaries outside Moscow’s Ostankino TV Centre while covering the Russian constitutional crisis that pitched the Russian congress against then-president, Boris Yeltsin.

There’s a lot of content out there, but it’s made by all the same people

The Trust, based in London, provides practical assistance and support to freelance newsgatherers and their families worldwide. It is funded fully by organisations, corporations and individuals, and its annual awards show is the key event in its calendar. Major sponsors of the event were Google, Sony and the AP. 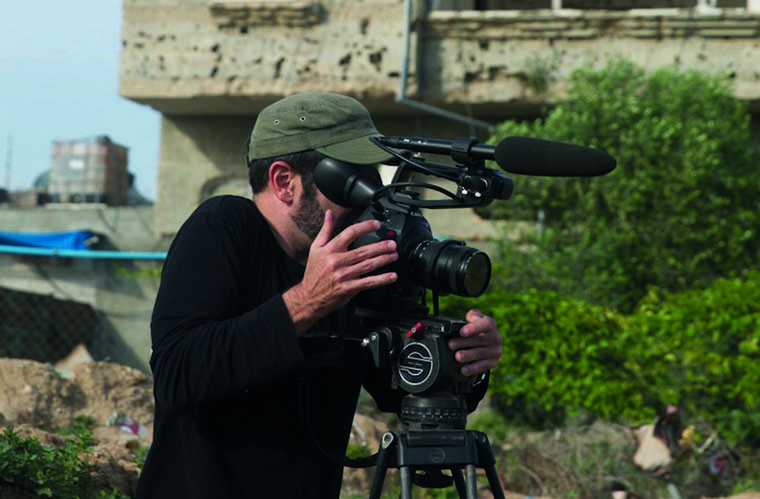 Among the awards presented was the Sony Impact Award for Current Affairs, which honours the work of freelance camera operators producing long-form current affairs content that dives deep into a single issue. There were three nominees for the award; Martin Boudot and Mathias Denizo’s film Paraguay: Poisoned Fields looked at the human toll pesticides are taking in Paraguay and won the award (read our Genius Interview with Martin Boudot in this issue). American filmmaker Matthew Cassel’s film The Missing examined the international refugee crisis from the point-of-view of the families and communities left in the dark about the fate of loved ones who had set off for a better life. And Rodrigo Vázquez’s film, Frontline Nicaragua, was an on-the-ground look at the 2018 protests against growing oppression by the government.

FEED talked with the three nominees after the awards about the challenges of making films in dangerous places – and the truth as something you have to work hard to uncover.

The theme of the Sony-moderated discussion was freedom of speech. It quickly became clear in the conversation that the new world of democratised digital media was not living up to the hype. Rodrigo Vázquez made it clear he thought media was actually becoming less fair.

“There are swathes of the population that have no access,” Vázquez said. “I started teaching at the National Film School in London 20 years ago. Back then, the type of student we had could have been working class, or even on the dole. Today you have to be quite wealthy to study. So although the means of production have been democratised now, there’s no real access for people to make the content.

“And then who watches? You have to pay for Netflix. If you have no money, you watch the free content that is targeted to you – via Facebook and YouTube. Martin went to Paraguay to make his film, but where were the Paraguayan filmmakers? Why don’t they have access to the technology and the platforms? There’s a lot of content out there, but it’s made by all the same people – middle class people, with liberals talking to liberals, conservatives talking to conservatives.” 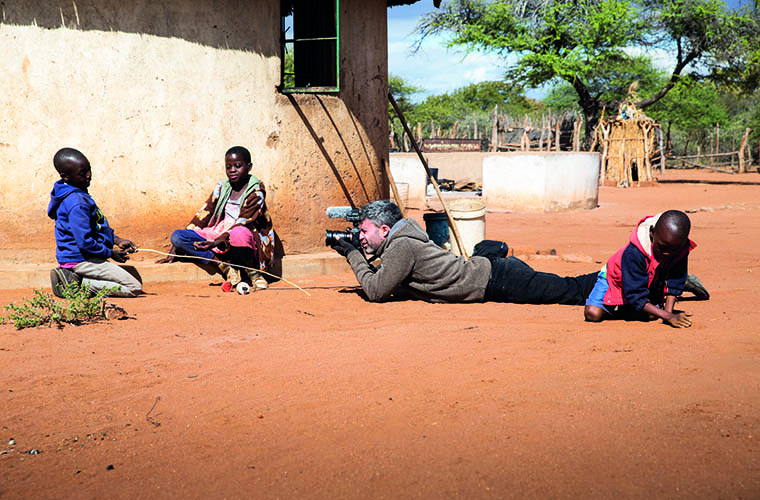 Matthew Cassel’s film The Missing looked at the places bereft of hope, where people had been forced to leave their families and loved ones to look for a better life elsewhere. Despite the billions of dollars flying around the media industry, support for this kind of documentary is sometimes hard to scrape together. Cassel got part-funding from the International Committee of the Red Cross. Working in the Middle East for most of his career, he also helped launch Al Jazeera’s digital platform, AJ+.

“I wanted to go to the communities that these people are leaving, which is difficult because a lot of these them are in very far flung places that are expensive to reach. Media institutions don’t necessarily have the financial resources they used to have, to pay independent journalist to cover things like this.

“The migration crisis is one of the most important issues of our time, especially because it is connected to so many other issues, be it climate change, conflict, global inequality. These are huge themes that we must tackle to address this crisis.”

Cassel noted that there were perks to working as an independent filmmaker. Unattached to a broadcaster or production company, he has some freedom that a journalist working on staff at a broadcaster doesn’t have.

“I think everyone who works for these news organisation, whether they admit it or not, is engaging in some form of self censorship,” said Cassel. “And that’s why I love being independent. I want to do the story in the way I want to do it. And if the BBC isn’t going to take it, maybe Al Jazeera will or a network in the US. But on the flip side, as independent journalists, we can get screwed and no one is going to support us.”

Rodrigo Vázquez shared his own experience concerning the increasing reluctance of commissioners to stick their necks out for journalists.

“When I started doing this job, working for Channel 4, the commissioning editor would support us when we did stories about Kashmir or Palestine, and when the Indian or the Israeli embassies sued us and accused us of lying we would win every time because the executive stood behind us with the proof.

“I don’t think that’s the case today. They are risk averse. People are fleeing the broadcasters for all these other multiple platforms. The broadcasters are in this mad race to attract an audience and reinforce people’s prejudices, rather than discover the truth. And sometimes discovering the truth may go against interests that these channels shouldn’t be representing, but do.” 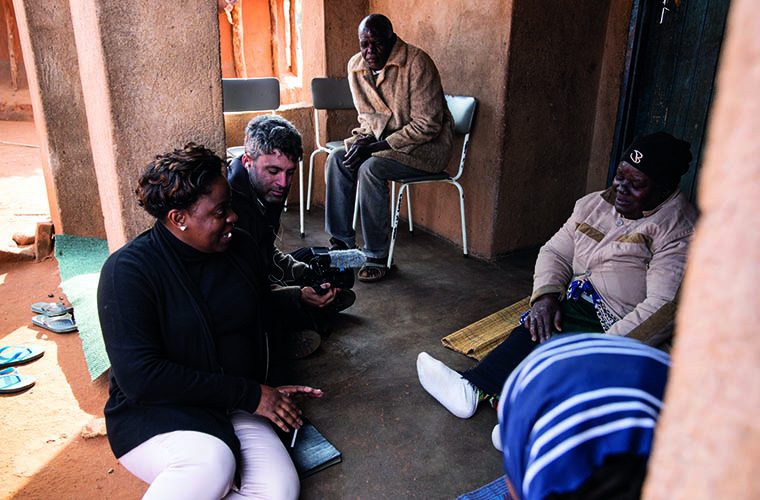 Without the fixers, international journalism would not happen

Cooperation with people you can trust is essential for getting these sometimes very volatile stories told. The role of the fixer is vital. A fixer is the filmmaker’s resource on the ground in unfamiliar territory, who can provide everything from contacts to equipment, from travel arrangements to sound advice. Fixers are not paid enough and are often the lynchpin of the entire film.

“Without the fixers in each country, international journalism would not happen,” said Cassel. “They face all the risks. We fly in and if some group or the state comes after us, we get out. The fixers are staying. They often don’t get credit and they certainly don’t get compensated enough. I can’t stand when clients tell me I have to pay a fixer $100 or less a day.”

“In the case of our film in Nicaragua,” says Vázquez. “Our fixer Miguel was also on camera taking us around places. He had been in jail many times already, because of protesting. That was one of the decisions we had to make early on. He said, ′I want to be on camera,′ but if he was on camera then the authorities could come after him and his wife. And he just took the risk. He’s a hero. He’s still there.”

Paraguay: Poisoned Fields filmmaker Martin Boudot explained how getting to a fixer can shut down a production that those in power might find disagreeable. “The Chinese authorities are very smart. When I was there they were putting pressure on the fixers, threatening to put them into prison. Without them we cannot work. It’s that simple. The police went to my fixer at the time and said if you continue to work with them, you’re going to be in jail. That’s very efficient. They have to be protected.

“If I was Sony, in a PR situation, I would try to talk more about these guys, because they use Sony products, even if it’s a smart phone. They really are at risk, but no one talks about them.”

“And we shouldn’t call them ‘fixers’ , “ added Cassel, firmly. “We should just call them ‘producers’.”