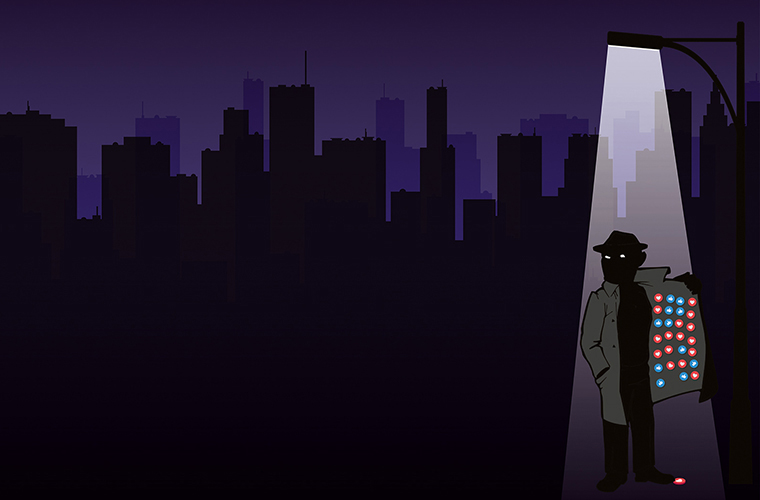 Buying likes and followers has become a common strategy for boosting social media accounts. Is it time to get honest about the influencer inflation?

We’ve all heard it – and probably said it: “That YouTuber has over 50 million subscribers”, “That video has three billion views” or “This toothbrush has over 250 five-star reviews”, with the conclusion: “How absolutely wonderful”. If we are advertisers or brands, we might add: “Let’s write them a big, fat cheque”.

When a content creator has a likes total with a ‘k’ after it, (an ‘m’ for million is even better), they’re on their way to getting some solid sponsorships. Sponsors can be assured their message will reach a sizeable audience – one already carefully cultivated by the influencer.

But in an industry that prides itself on ever more precise metrics, there’s an elephant in the room. The problem is that sometimes those subscriber and like numbers simply aren’t real. It’s an open secret that social media traffic is often inflated, sometimes only nominally (the little white lie of your peer group boosting your message), sometimes absurdly (a Twitter account that probably doesn’t represent a real person has 100,000 followers).

Buying likes and followers is as easy as making any other online purchase, and it’s very tempting for a new creator or company to artificially inflate those numbers. Buying likes and followers is incentivised. Creators and content that record large numbers of engagements – including likes, followers, views – are inevitably boosted by the platforms they’re on. This further boosts their engagement, and so on.

And likes and followers don’t have to be purchased for yourself. When YouTubers start a battle to see who can get the most followers, there’s nothing to keep a devoted fan (or hundreds of fans) from buying followers to support their favourite – with the YouTuber repeating how they want a fair fight and under no circumstances should their subscribers buy extra followers for them, because that would be morally wrong. Or maybe you just want your friends to get you 10,000 more YouTube subscribers as a birthday present. Or – and this is the most common case – your superiors are going to fire you unless you get those engagement numbers up…

GetFans, quite reasonably, explains: “Regardless if your content is fantastic or not, you need to convince YouTube algorithm [sic] to prefer your videos and channel rather than your niche competitors. To get more YouTube views and leave dust to everyone else [also sic], you need to make YouTube love you”. A more sophisticated provider, The Marketing Heaven, says: “Buying views on YouTube is standard practice within the entertainment industry and among famous YouTubers. Don’t get left behind!” And high-end agencies can provide huge boosts via networks of real users.

OP Talent represents top YouTubers, including KSI and Ali-A. The founder, Liam Chivers, is aware there is inflation of followers and likes in social media, but says his roster of talent is at a stage where they are beyond needing to rely on artificial boosting. “I have not come across any of our talent inflating followers – and they don’t need to,” he says. “They have grown audiences organically over time and have no reason to inflate followers. They didn’t start out to be influencers to profit from social posts as some people starting now may do.  They are video creators first and foremost, and their social platforms are supplementary to sharing their content. The focus is on great content, engagement with fans and growing a dedicated fan base over time – you can’t go on tour or sell a product to people that don’t exist.”

But for those creators who want to compete with the likes of KSI and don’t have the patience – or the talent – buying subscribers and likes seems like a perfectly sensible business decision. But Chivers is sceptical that artificial boosting could be maintained for long. “It’s easy to see, based on engagement, whether numbers are real, and then they’ll get caught out,” he says.

There are lots of tools and services out there for analysing followers and engagements on social media. Social Blade is one of the most popular sites for tracking user statistics for YouTube, Twitch, Instagram and Twitter, and is the first stop when trying to verify the humanity of an influencer’s army of subscribers. Another is Botometer, created by Indiana University’s Observatory on Social Media. Botometer is a research-level tool for uncovering bot influence and has been used for analysing the bot traffic that influenced the 2016 US presidential election and the Brexit vote. With a little detective work, you can get a pretty good picture of an account’s legitimacy, but analysing thousands of followers one by one for validity runs into diminishing returns very quickly.

It’s becoming generally accepted that the public numbers of likes, followers, positive reviews and so on for a creator or piece of content may only be ballpark figures. As a result, the trend for brands and advertisers is to try to work with people based on their engagement, substance and messaging, rather than their follower count. Ironically, the suspicion about the data has lead to a greater attention to quality.

While professionals may be savvy to influencer inflation, consumer behaviour is still very much driven by it. The numbers affect our decision making, whether we want them to or not.

Dr Taha Yasseri is a senior research fellow in computational social science at the Oxford Internet Institute, a multidisciplinary at the University of Oxford studying the social science of the internet. He has studied the effect of digital technology on human behaviour extensively. “The fact we are influenced by others is not new, and we make decisions, to a great extent, based on what other people do. It’s not an internet phenomenon,” Yasseri tells FEED. “But on social media and online platforms, we receive information about what other people have watched, shared and done at a very large scale. We are bombarded with social information, and are much more vulnerable to making our decisions based on other people’s decisions.”

Yasseri points to a volume of research where perceived status translates directly to actual status. In one experiment, subjects were shown a ranking of songs from ‘best to worst’ and then asked to listen to the songs themselves and rate them independently, according to their own taste. Again and again, the subjects’ song ratings correlated with the rankings they were given originally. A song they were told was the best tended to appear at the top of their lists, while a song they were told was the worst tended to appear at the bottom. Studies seem to support the idea we will always give greater credence to an account with 100,000 followers than one with 1000, regardless of the content.

“I don’t have hard data to say how many likes are bought, or how many fake reviews are out there,” says Yasseri. “But I would be surprised if someone claims there’s no artificial boosting happening on social media. Of course, different platforms have their own strategies to suppress or control it, and they might be successful to a certain extent, but the more sophisticated the platforms and algorithms used to suppress artificially boosted content, the more sophisticated the algorithms on the other side will be.” Yasseri suggests social platforms might try to be more proactive in using different means for promoting and recommending content, which might, for example, allow undiscovered content to rate as highly as popular content.

It’s not a very aggressive reform, but YouTube has announced plans to change how it shows subscriber counts, displaying round figures rather than an exact tally. Exact subscriber numbers will be shown up to 1000, and for numbers higher will be rounded down to the nearest thousand, or the nearest million depending on the scale of the audience. YouTube developers said the change was made to create more consistency in how it was reporting numbers across the site. But the change does take a stab at addressing the issue of subscriber inflation and its likely they had this in mind. After all, the last thing YouTube is going to openly state is that some of its viewer data may not be as it seems.

Yasseri’s assessment of our susceptibility is ego-bruising, but something to keep in mind when relying on metrics to be ‘objective’ about content quality: “I think it’s very optimistic if we think humans make decisions based on a true judgment process. It has never been like that!” 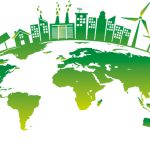 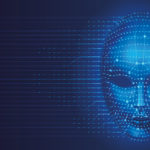