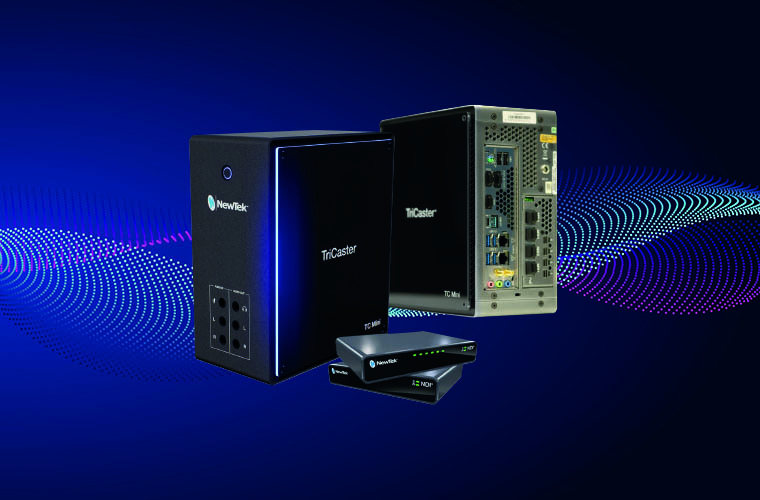 NewTek has just released an updated NDI-based hardware solution for new broadcasters Last autumn, NewTek released an update to its TriCaster line of switchers. The new TriCaster Mini offers users who may be coming fresh to video streaming an easily accessible production system, with a lot of headroom for growth. This new version of the Mini is distinguished by being fully enabled for NDI, NewTek’s open source IP production standard. NDI allows for capture of any networked video source, which includes anything from Skype to game footage, to multiple camera feeds. With an easily portable weight (4kg), the TriCaster Mini includes extensive production tools, including built-in virtual sets, animated transition effects, replay for sporting events, recording, and easy social media publishing. The box also includes PTZ camera control, NDI recording and two streaming encoders. The TriCaster Mini’s external video inputs support combinations of compatible sources in resolutions up to 4K UHD, with four plug-and-play NDI connections with power over Ethernet (PoE).  It can also input HDMI cameras and other sources using HDMI-to-NDI conversion devices (two come standard in the package and as many as six more can be added as necessary). It is the first TriCaster designed for network inputs, CAT5 cable connectivity and NDI.  Using NDI to move production to an IP network can help reduce a show’s environmental impact, too, notes Liam Hayter, NewTek’s senior solutions architect for EMEA.

“Network inputs – which can carry video, audio, metadata, tally and power to many devices in a single cable using NDI – greatly reduce the need for traditional cabling and long cable runs, since you can attach to pre-existing IP networks,” he explains. “Your cameras can be in a different building to your switcher, even miles away, without the need for long cable runs by using existing network infrastructure.”  The gear is software-driven, so future updates and upgrades can take place entirely via software, extending the product’s lifespan and eliminating the need for more hardware purchases. “Having built-in streaming and delivery of social media is important for a lot of customers,” says Scott Carroll, NewTek’s director of public relations. “It’s a really compact system that enables mid-range production people with a story to tell. Someone who’s never used this kind of thing before could be streaming to their site in an hour. You can learn as you go.” Along with the new TriCaster Mini comes the NDI|HX Camera application for mobile devices, available as a download from the Apple Store. This allows 4K UHD video from an iOS device to transmit over Wi-Fi as an NDI source, and connect with TriCaster Mini systems on the network. The TriCaster Mini packages start from $8,995. NewTek is also offering a “Premium Access” package, which will unlock additional features including a software subscription service, digital media i/o and Adobe Premiere access. This article first appeared in the February 2020 issue of FEED magazine.]]>
HDMI
livestream
NewTek
stream
streaming
Streampunk
Streampunk Tools
TriCaster Mini 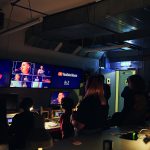 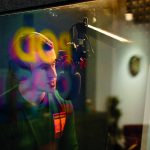