Lawo has solved the problem of bandwidth hogging signals, which can handicap large-scale multiviewers. With its vm_dmv multiviewer app for the V__matrix platform, even UHD signals are easy on the eyes – and the IP network

In 2020, IP production took centre stage for media production. The need for flexible, remote workflows during Covid lockdowns – with talent and crew often working from their living rooms – pushed companies who had been sitting on the fence to finally embrace the scalability and flexibility offered by the Internet Protocol realm.

IP means more feeds from more sources, which is an amazing resource to have – better to be swamped with too many choices than stuck with one locked-off camera with rain on the lens. Even small productions now have the facility to pipe in video from a huge number of sources. But this cornucopia of options – especially when a good percentage of them might be in remote locations – requires better monitoring systems to keep teams from being overwhelmed. But getting the right multiviewer solution for the IP world also means solving some technological problems.

According to Jason Taubman, the senior vice-president of technology at mobile production company, Game Creek, the move to IP has been driven by hardheaded business decisions. “One of the things that pushed us to IP to begin with was the ability to expand the capability of our OB trucks without expanding the weight or size. We now have clients asking for 4K HDR productions at scale and, in order to pull that off, we need to look to technologies that provide a lot higher density in terms of the infrastructure,” he says.

When shopping for multivewers to monitor these new higher-density productions, the most important quality for Taubman is low latency. The SDI world, despite its limitations, was capable of delivering virtually zero latency. Tackling latency issues has been one of the fundamental tasks in developing IP technology for broadcast. “For the longest time we were doing discrete, stand-alone multiviewers, rather than a matrix-type multiviewer. The processing time in the matrix multiviewers was just too long. We like to keep our multiviewers to sub-frame latency in the live environment,” he adds.

We were doing discrete, stand-alone multiviewers. The processing time in the matrix multiviewers was just too long

Game Creek has generally stuck with smaller monitors displaying fewer PIPs (picture-in-picture) – usually using four-by-four PIPs, or eight-by-eight at the most. With higher-density UHD displays on the horizon, the company is ready to expand the number of images it can monitor simultaneously. “IP is still a brave new world. Every time we put a new OB truck out on the road, it’s a learning experience. We’ve found the IP trucks are as capable as the SDI trucks. There’s a steeper learning curve for our staff, but in general our clients aren’t even aware there’s IP behind the scenes,” Taubman explains. 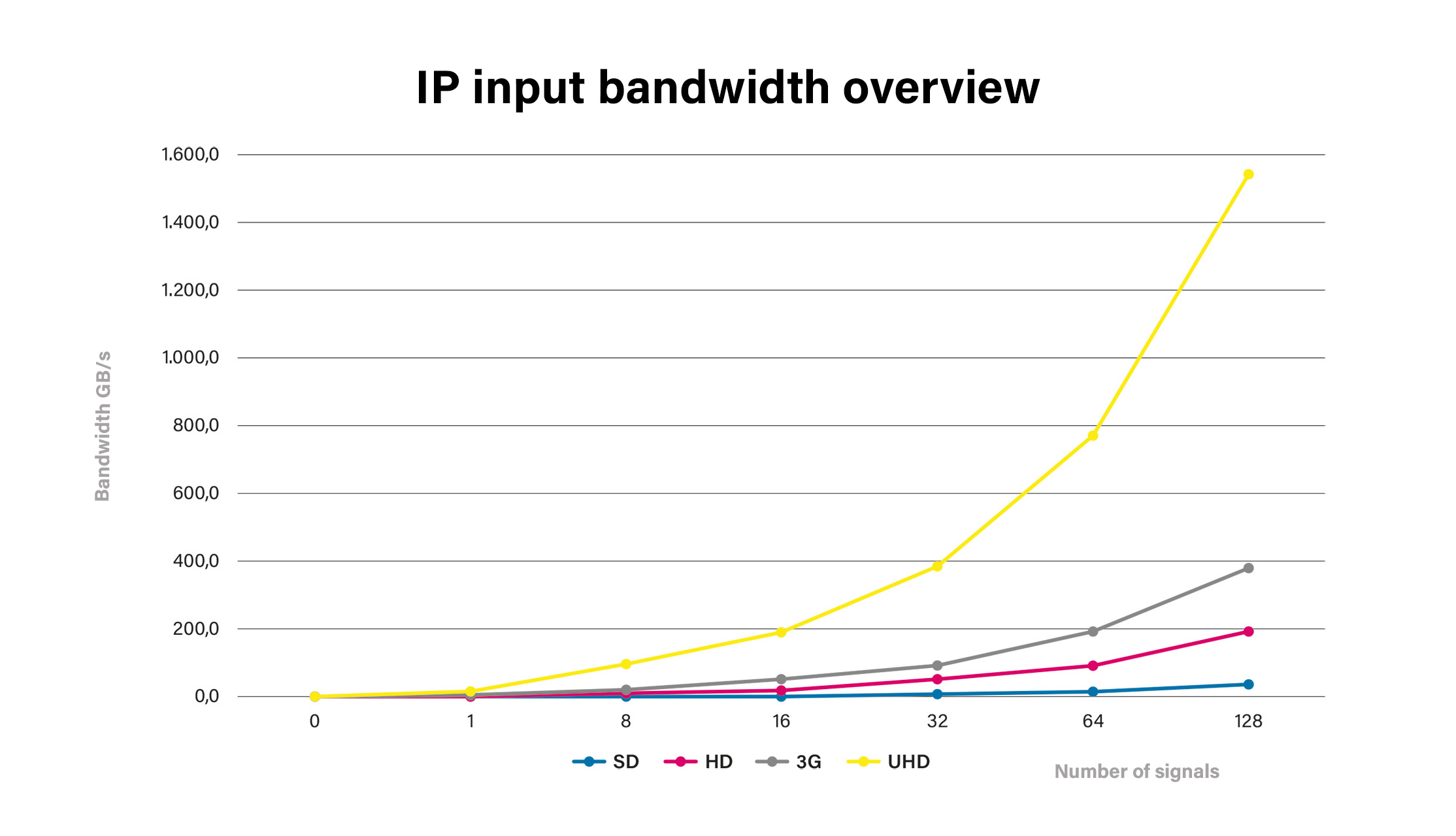 IP behind the scenes

Lawo’s vm_dmv is a software application for building multiviewing heads. When loaded on to a V__matrix blade, the processing engine can create four 3G multiviewer heads with up to 64 PIPs each (256 potential PIPs) or one 12G UHD head that can output an enormous 128 PIPs. The feeds for these PIPs can be input using the blade’s rear BNC connections if need be, but the majority of signals arrive via an IP stream through dual 40Gb Ethernet interfaces. In short, vm_dmv can provide as much monitoring capacity as a production could ever need.

In an IP-based system, all available signals are accessible anywhere on the network, because they share the same physical interconnections, regardless of their format and bandwidth. The number of signals can grow and shrink. Unlike in the SDI world, where each destination requires a separate, physical patch connection, the multiviewer hosted on the V__matrix platform can, in theory, consume as many unique signals as its physical link can carry.

Every new IP video signal brought into the multiviewer consumes more bandwidth. As the source resolution increases, so does the amount of bandwidth required, and the increase is non-linear – two UHD signals take up massively more bandwidth than two HD signals (see graph, pictured right).

Increasing the bandwidth raises the headroom somewhat, but this approach really only provides solace for SD and HD signals

But Lawo is careful to think about its IP ecosystem holistically, developing solutions that plan for the limitations of IP in order to fully leverage all it has to offer. The secret sauce of the vm_dmv IP multiviewer is the ability to manage the bandwidth issues, regardless of the size of the incoming video signal. “While the processor can create a staggering number of PiPs, that alone will not suffice. The number of unique signals that can be displayed simultaneously also depends on the multiviewer’s input bandwidth,” explains Stephan Türkay, Lawo’s senior product manager of media infrastructure.

“Even though increasing the bandwidth raises the headroom somewhat, this approach really only provides solace for SD and HD signals. In a 3G or UHD environment, the number of additional streams will still be insufficient for typical multiviewer applications.”

Lawo’s solution to this conundrum relies on splitting and distributing the multiviewers’ input scaling and head processing stages over multiple networked V__matrix processing blades. These work together in a cluster, but the overall broadcast system ‘sees’ only one giant multiviewer. The vm_dmv LiveView engine in the input stage downscales incoming video signals to a fraction of their original size in real time and streams compact mipmap versions on demand to the IP network. 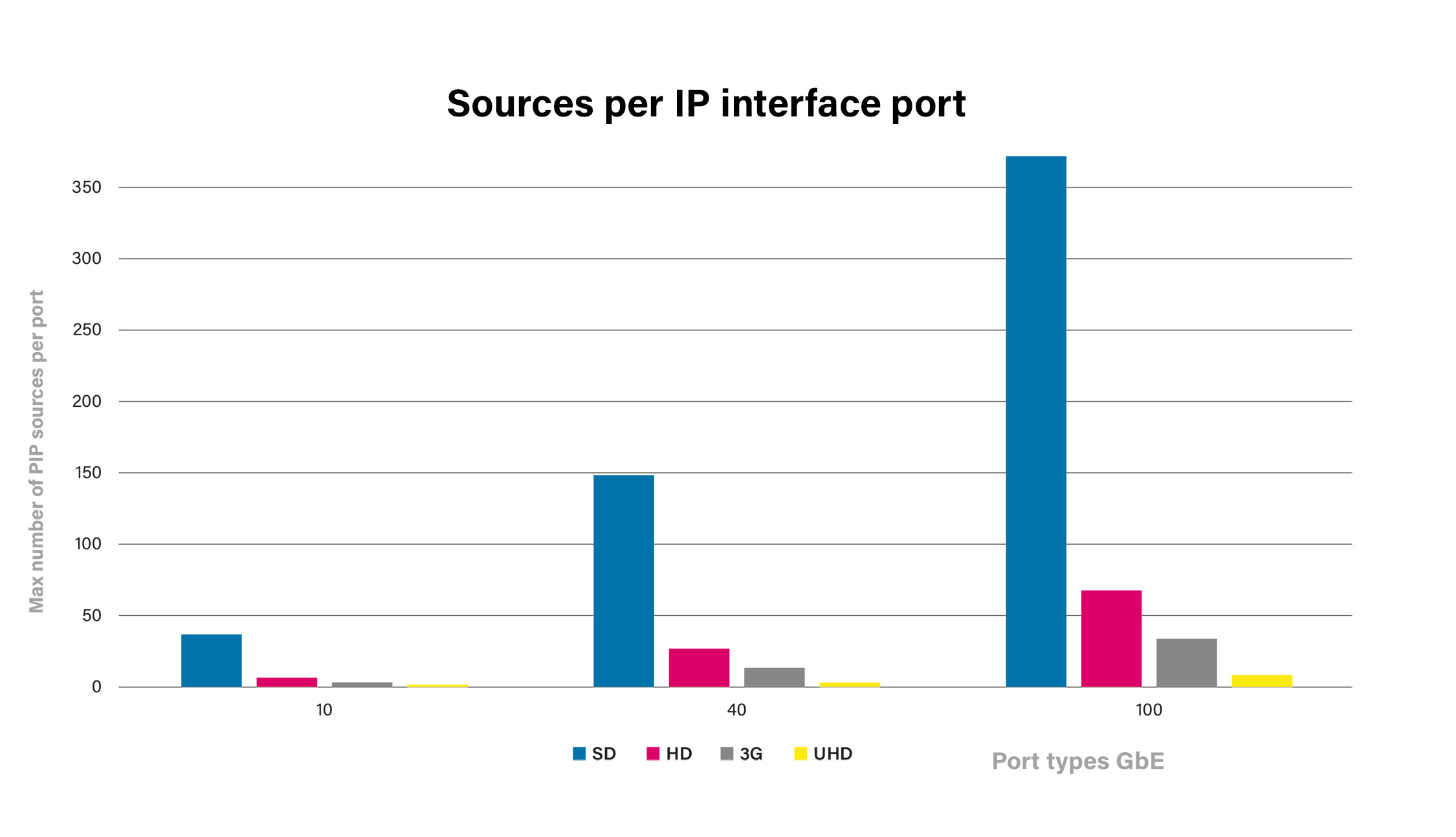 The multiviewers’ PIPs and consume proportionally less bandwidth than their full-scale parents. Each vm_dmv instance can generate up to 24 Raw to LiveView conversions and make them available to the entire IP network. When a video source is patched to a PiP on a multiviewer head, the vm_dmv’s head processing stage first queries the other blades in the cluster and then ‘dispatches’ the mipmap version whose size is closest to the required PiP resolution. Any remaining differences are scaled in the PiP itself.

This leads to amazing input bandwidth savings. A 4K multiviewer head hosting a 4×4 layout of unique 4K inputs, for instance, only consumes the bandwidth needed for one full-resolution 4K signal, ie only about 10% of the input bandwidth.

“This unique product architecture allows us to deliver high amounts of unique inputs to a multiviewer regardless of source resolution,” explains Türkay. “We package this data into the same container format that is used to stream 2110 content. The result is still a 2110 stream, but with smaller resolution pictures.” V__matrix blades running the vm_dmv app can be added as demand evolves.

In combination with Lawo’s stand-alone LVP LiveView processor, even MPEG-2, H.264, HEVC, J2K and OTT/ABR flows can be converted to LiveView streams and displayed alongside SDI/ST2022-6/ST2110 uncompressed signals.

Lawo’s LiveView approach is almost infinitely scalable, thanks to ability to work with blade clusters, and dynamic management and load balancing of LiveView and head processing capabilities. Each networked V__matrix blade could be stationed in a different location and still be a part of such a cluster. This allows users to leverage their distributed processing infrastructure more effectively.

“Best of all, this processing mojo is available in a surprisingly compact footprint,” concludes Türkay.

theWALL with it all

Lawo’s theWALL software makes it easy (and even fun) to manage and control multiviewers. With theWALL’s intuitive design, users can configure any monitor wall, route signals, change mosaic layouts or save and load user presets via an intuitive app. It also allows teams to instantly fire up multiviewer presets customised for different shows or individual team members.

Using the GUI-based HTML5 interface, teams can automatically calibrate multiviewer resolution and aspect ratios, and access sophisticated user management for individualised presets. With theWALL, it’s easy to tailor each individual feed if necessary, down to being able to create a custom appearance for each individual item shown. 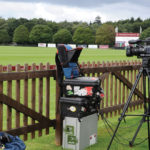 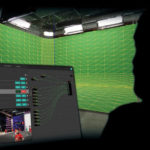 Sports production sits alongside news as having the lowest impact in terms of carbon...