Zero Density has leveraged Unreal Engine technology to provide one of the broadcast industry’s leading solutions for high-end for virtual sets. From its birth as an R&D start-up in 2014, the company has grown to become a major software provider of real-time graphics and visual effects for top broadcasters, including The Weather Channel, Fox Sports, Brazil’s Rede Globo, Sky News Arabia and NHK in Japan. With the world unexpectedly forced to embrace virtual and remote production even more, Zero Density tools have been taken up by live events, esports and even education.

“Without us telling them, people are finding new ways of using Zero Density – in new industries and new applications,” says Zero Density’s head of communication, Birim Yamanlar. “We can’t wait to see what else they come up with.”

“I believe Zero Density is the only out-of-the-box, ready-to-go-on-air virtual studio system,” says Kuban Altan, Zero Density co-founder and vice-president of research and development. “We want to grow our user base. We want people to understand how real-time, node-based compositing works.”

Reality Engine is sophisticated, but not hard to use. For someone with a grounding in Unreal Engine, there is virtually no learning curve. Video tutorials and other webinars are always being added, making it easy for newcomers to the platform to get the grounding they need to create their own content.

It’s hoped that opening up Reality Engine to the wide world will not only help to build awareness of Zero Density’s technology, but will also raise the bar of the global skill set around virtual sets and live compositing technology.

“What we offer with this is a full-feature, Unreal-native, real-time, node-based compositor with unrivalled keying,” says Altan. “When users grasp what they can achieve with Reality, they won’t want to use any other tool.” 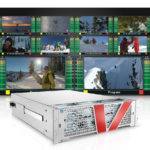 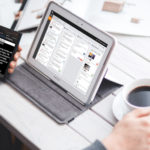 Lawo HOME platform makes it easy to manage cloud deployments from anywhere in the...

What are the advantages of software-based systems and why should broadcasters consider them?