“Our industry loves talking about technology for technology’s sake,” notes CMO and general manager of playout for Grass Valley, Neil Maycock. “When we go to trade shows, the conversation is often about the latest tech to get excited about. But customers don’t invest because the technology is cool. They invest because they’ve got economic drivers to do things differently.”

The use cases for cloud are growing as the technology matures. Grass Valley launched its GV AMPP platform earlier this year, building it from the ground up in a cloud environment, while leveraging Grass Valley’s legacy of broadcast expertise. GV AMPP is a SaaS platform designed to offer broadcasters the power of cloud-based elastic compute and to help companies move from their long-time reliance on hardware-based systems. Fully browser-based, users can employ AMPP to spin up or spin down a variety of applications on a pay-as-you-go basis.

Public cloud is great at being elastic and offering services on a pay-as-you-go basis, but cloud is hardly what broadcasters think of first when planning how to do playout – a part of the workflow that always needs to be on tap. “Historically, playout has been a 24/7, nailed-up service. And that’s not a great use case for cloud,” says Maycock. “If you do the maths, you often find you’re better off buying the equipment and running it in your own data centre, rather than renting it from Google or Amazon.”

But content playout has substantially expanded and diversified from the single, always-on channel of the traditional linear world. Broadcasters and rights holders have the opportunity to play out content to their audiences with pop-up channels or feeds to social media outlets at any time. The speed and responsiveness of cloud means that a team can engage with a major event or secure rights, or just have a brainstorm, then launch a TV channel within days.

You’ve had to do things differently, you don’t have a choice

“We do a lot of market modelling at Grass Valley and we actually look at our customers’ revenue models and where their revenue’s coming from. We see they’ve got the big, traditional broadcast revenues that have a lot of inertia, but you can also see this new online world, driven by consumer behaviour, is growing exponentially.”

As broadcasters look to the future, they are having to make careful decisions about their technology spend. Investing in cloud means access to greater agility with an ability to react to unexpected challenges (see 2020) and leap on sudden opportunities. A traditional technology investment with the purchase of a fixed asset is unlikely to be able to respond to a rapidly changing market.

“This has been a crazy year, but I think it has driven home that point,” says Maycock. “As our president, Tim Shoulders, said: ‘A lot of the industry’s sacred cows have been slain this year.’ You’ve had to do things differently, you don’t have a choice. And then, lo and behold, it actually works.”

Most of all, being agile means being able to respond to what the audience is doing. Cloud playout can turn what has been a largely one-way street into an opportunity for conversation with the audience. Advertising and relevant information can be directed with great precision to relevant viewers and, with greater knowledge of the audience, new kinds of programming can be developed that would have been impractical with a wide broadcast approach.

Grass Valley has been helping Eurosport in its efforts to expand its reach by delivering sporting events to multiple countries in multiple languages. Using cloud playout, Eurosport can deliver audio, graphics, scoring and every other variable in localised versions for the duration of a specific event – a strategy that would be absurd in the linear world.

“The user experience and audience engagement for that sporting event is then far greater. You’re effectively producing a local feed in lots of territories. And I think that kind of audience engagement is the new kind of business model we need to be enabling. You need to think much more laterally now,” explains Maycock.

Content – content rights in particular – is now more expensive than ever, and revenues are thinly spread. Gone are the days when profits could be made through a single, fixed outlet. Cloud can be an essential component for distributing to multiple audiences or delivering more content, which, though they may not be big money earners individually, in total can yield some comfortable revenue.

Given Grass Valley’s long history in the industry, the company likely has the biggest install base of playout automation in the world. That understanding of how playout has worked in the past – as well as knowledge of its potential in a cloud-based future – has allowed Grass Valley to release a system that really works for broadcasters and leverages the benefits cloud can offer.

“There’s a lot of scepticism in the market and people have been burned,” says Maycock. “A lot of the early attempts at moving solutions to the cloud took an existing software solution, wrapped it in a virtual machine and ran it on a public cloud service, which is kind of the worst of both worlds. You’re incurring the cost of the cloud without leveraging its benefits.”

The AMPP platform operates instead on multiple microservices, which means, instead of a solution being made up of one big block of code, the platform offers a palette of small services that can be combined to create a broadcast application. This modularity and flexibility, brought about by cloud-native applications, is a key component in AMPP’s ability to scale.

“Cloud platforms are about scale. You don’t go on to amazon.com and find you can’t buy something because the site’s too busy. These problems of scale in the internet have been solved. By embracing those technologies, we bring that to the playout domain. It allows us a great range of geographic diversity as well. Whether that’s for resilience for better performance in regions, we have the ability to deploy across a diverse range of topologies, mapped to fit the customer’s business requirements.”

Grass Valley’s global hardware installs among broadcasters are ubiquitous and the company hopes the AMPP platform can be an avenue to help companies transition to the advantages the cloud brings. It has made sure that its existing appliances are fully compatible with AMPP and that integrations between existing Grass Valley products and AMPP microservices are seamless.

“We put hooks into the existing playout product so customers can synchronise with their existing systems. They could maybe put some of this burst capacity on top of their fixed infrastructure,” concludes Maycock. “We’ve done a lot of customer migrations over the years. It’s about enabling smooth interoperation between both of the systems.” 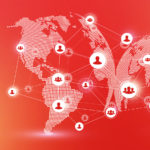 Building bridges for the stream 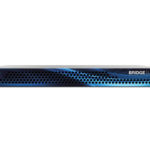 Despite Grass Valley’s launch of a major cloud-based SaaS service, the company is making...