A broadcast tech supernova: 100 years of the BBC 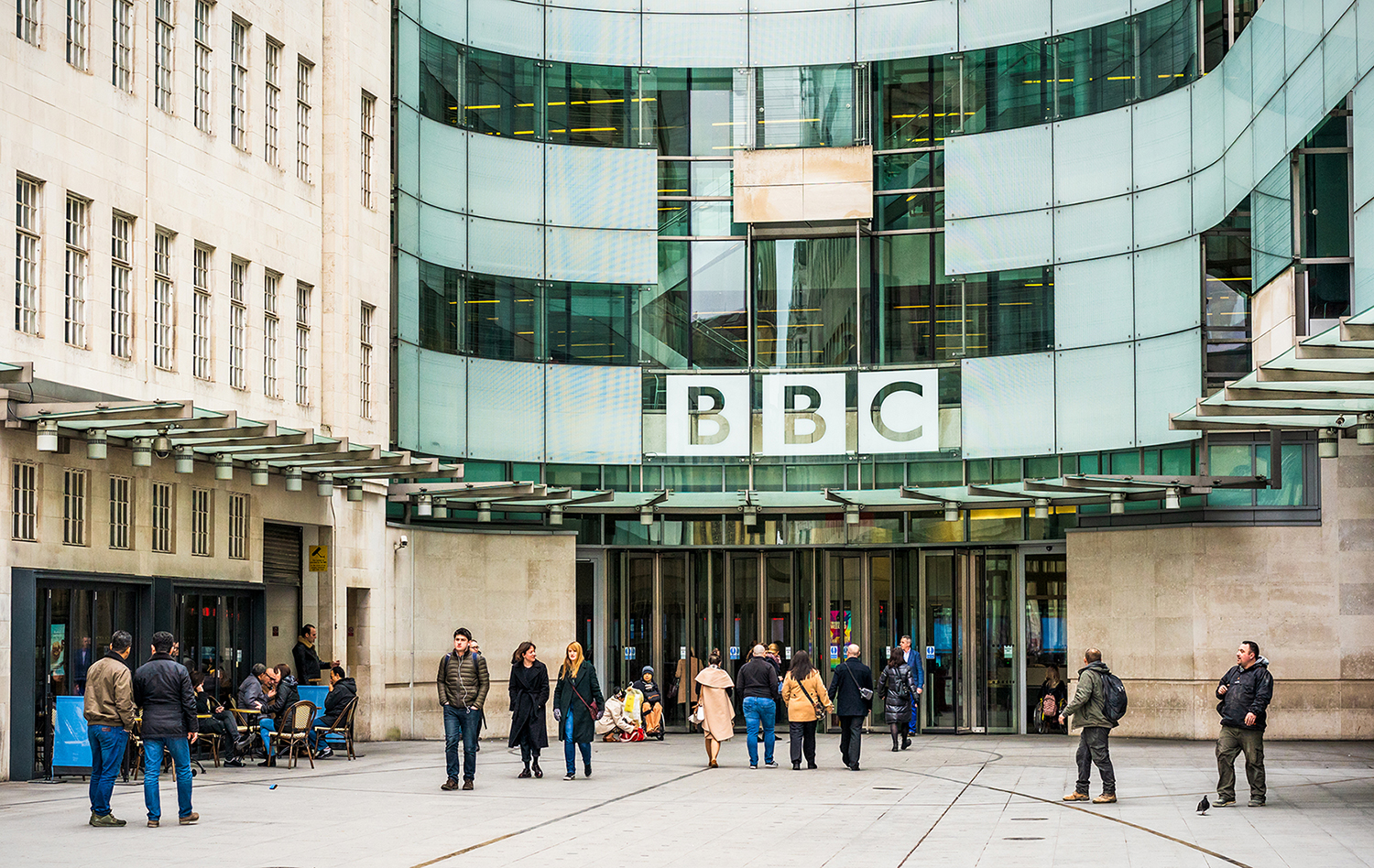 The BBC has marked 100 years since the day the world first heard the grainy sounds of human speech transmitted across the airwaves. In light of its centenary, we look back at the ground-breaking role the it has played in the journey of broadcast and radio technology

The British Broadcasting Corporation can easily lay claim to having witnessed the entire evolution of broadcast and radio technology from its inception, to where it is today.

In celebration of its 100th birthday, it posted an extraordinary timeline, remembering that story.

Here are the tech highlights, which emphasise the global impact it has had after 100 years of broadcast.

In 1922, the BBC opened its first radio station, with news supplied by an agency and music drama along with “talks” filling the airwaves for only a few hours a day. Two years later, the six electronically generated Greenwich time signal “pips” to indicate the precise time on BBC Radio are heard for the first time. The six short tones were invented by Astronomer Royal Sir Frank Dyson, and BBC director-general John Reith.

Following this in 1925, the Daventry transmitter delivered the first long distance broadcast (AM). Football commentary also kicked off in 1927, with the producer Lance Sieveking devising a paper plan of the pitch divided into eight numbered squares – which is published in the Radio Times to help listeners follow the game. 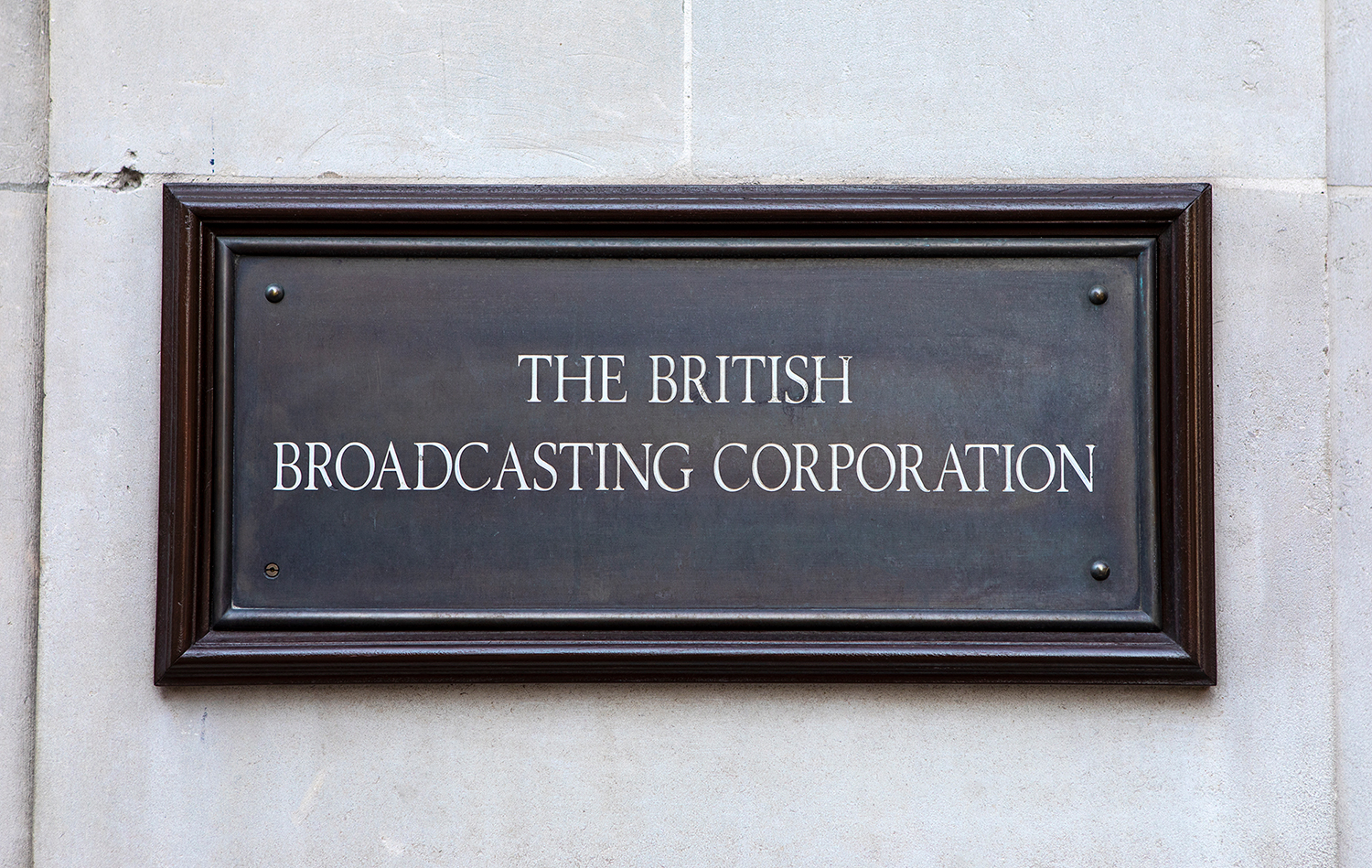 1931 saw the invention of the Blattnerphone by Louis Blattner, which is the first device capable of recording sound on tape in use at the BBC. The device used 6mm steel tape good enough for voice but not music. Spools are large and editing is done by soldering the tape.

It was in 1934 when the iconic BBC Type A Microphone first surfaced. Commercially available microphones were expensive in the 1930s, so the BBC worked with the Marconi company to develop its own model. The Type A, developed and refined over the years, became the classic BBC microphone, as seen in numerous period dramas and films.

1936 was when BBC became the first broadcaster in the world to provide a regular “high definition” television service. Programmes we expect to see today such as drama, sport, outside broadcasts and cartoons all featured. The outbreak of war in 1939 brought programmes to a sudden halt, however.

After only six months of regular TV broadcasts, the BBC took its live cameras on location as its first ever TV outside broadcast, for King George VI’s coronation. The transmission was a surprising success, and few technical problems were experienced. Recording technology did not exist at the time, so the images the BBC had in the archives of the event are filmed from a television screen at home. The scale of growth in technology by the time of his daughter, Queen Elizabeth II’s coronation in 1953 was astonishing, with the late Queen’s coronation being watched live by over 20 million people.

The 40s for the BBC were notable for its landmark moments of wartime broadcast. It is even more poignant given the ongoing invasion of Ukraine by Russia in the present day, of which FEED reported on in our summer issue.

In September 1943, a BBC war correspondent and his recording engineer boarded a Lancaster Bomber to capture what became a historically important wartime report, revealing the true horror of a night-time raid over Nazi Germany. The first official announcement of the Normandy D Day beach landings were also broadcasted in 1944.

Held in Wembley in 1948, the BBC televised the Olympic games for the first time. An unprecedented outside broadcast operation took place, starting with the opening ceremony on 29 July. The BBC provided broadcast facilities for 61 nations so the games could be seen and heard around the world. 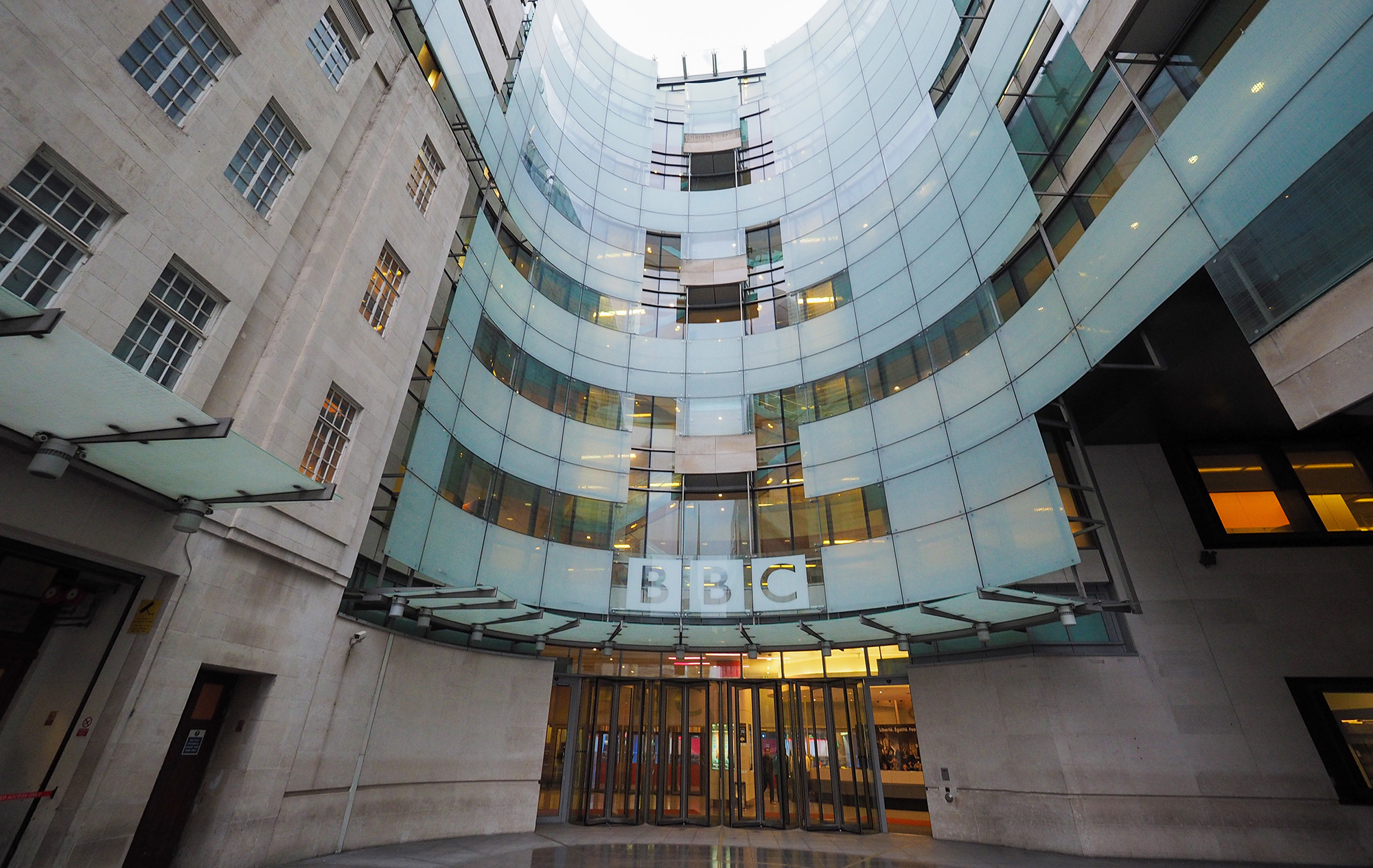 Asides from the aforementioned Queen’s coronation, 1954 saw the commencemnet of the first daily news programme launched on BBC TV. The first programmes kept the newsreader out of vision, with only still images and maps. Longer news reports were broadcasted in cinema style newsreels. The first Eurovision contest came from Switzerland in 1956, with the BBC providing massive technical support, but missing the deadline to enter a song.

The 1966 World Cup final, probably the biggest event in British sporting history, was broadcasted live on 30 July. The BBC and ITV combined resources to ensure the whole competition was covered in detail, and the final attracts the largest ever British television audience, as 32.3 million viewers watched England win against West Germany.

1967 saw BBC Two become the first colour channel in Europe. Although unpublished programmes in colour could be watched as early as 1966, a full colour service was not launched until coverage of the 1967 Wimbledon Lawn Tennis Championships began. Colour was extended to BBC One and ITV by 1969 and by 1976, the colour network was complete, when the Channel Islands joined the system.

In 1969 Neil Armstrong and Buzz Aldrin were the first two humans to set foot on the moon and were seen in the first all-night continuous coverage of any live event in the UK. The BBC and ITV shared very limited satellite facilities to get the first historic images from the moon surface to viewers on earth. The broadcast was hailed a huge success with an estimated 22 million UK viewers tuning in.

In 1974, CEEFAX was developed by BBC engineers who exploited the unused capacity of the 625-line television signal to send text information. Words and basic images could be displayed. The service received a boost once gaps in the television schedule began to be filled with a selection of pages from CEEFAX, accompanied by music. Eventually it had 22 million weekly users and is otherwise known as Teletext.

Whilst broadcast equipment was improving rapidly, so was the rest of technology and demand arose for a television show that could better explain home PCs. The BBC introduced BBC Micro to the public on 1 December 1981. The BBC Model A was quickly adopted by schools and in the home, but users needed support, and each edition of The Computer Programme began with a real-life situation where computers could be applied in an everyday setting.

On top of this, Global viewing records are broken when 750 million globally tune into the wedding of Prince Charles and Lady Diana in 1981.

The BBC was at the heart of one of the largest-scale satellite link-ups and television broadcasts of all time for Live Aid in 1985, with an estimated 400 million viewers, across 60 countries watching the live broadcast. 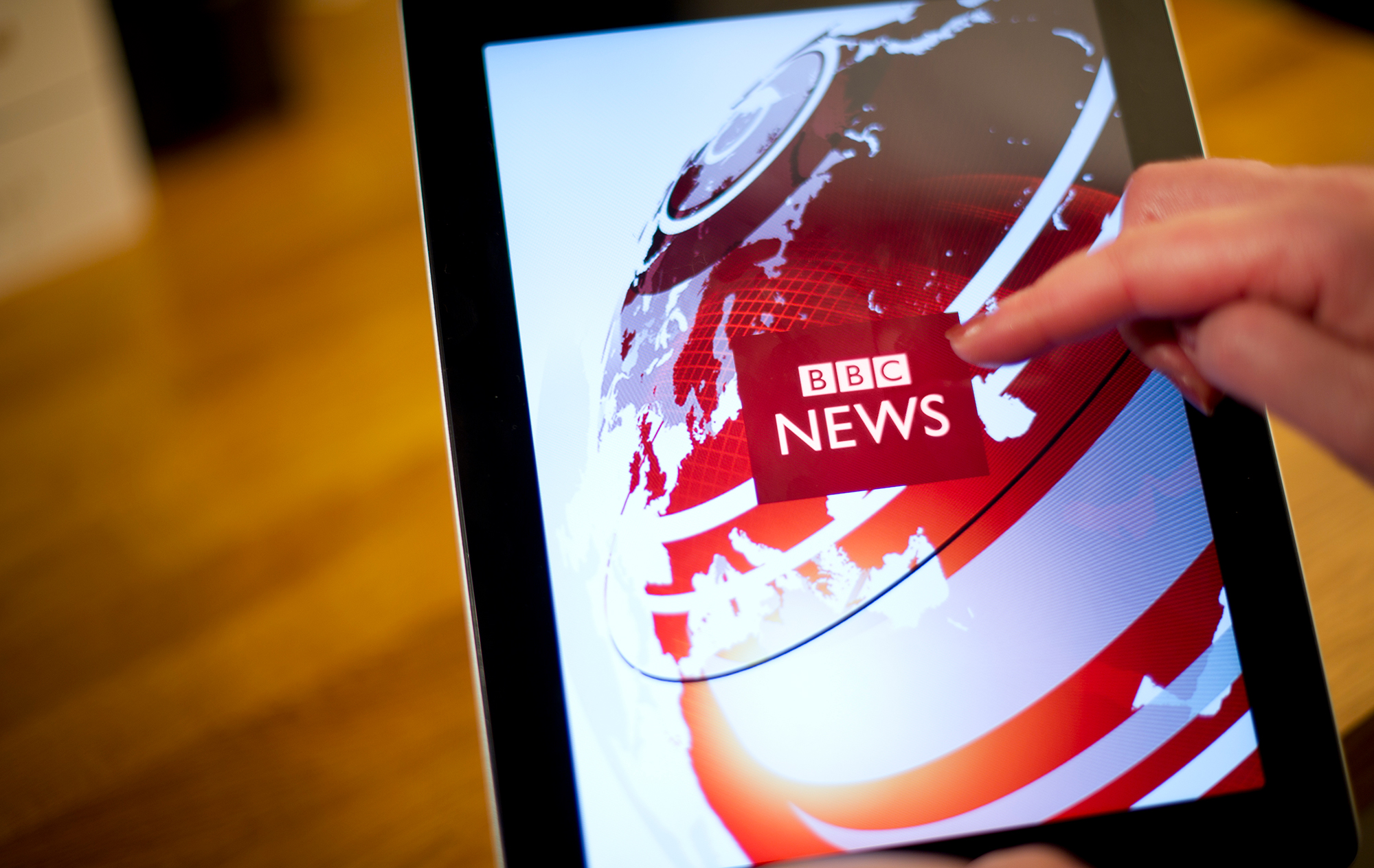 1995 saw digital audio broadcasting (DAB), with its promises of crystal-clear audio, being taken up more rapidly in the UK than anywhere else in Europe. Interference free quality, additional programme information and new channels were some of the benefits.

In 1997, the BBC went online thanks to director-general Lord Birt recognising its real potential for public service broadcasting. He sought the advice of young people working in the Corporation about which way the BBC should turn in the fledgling online world. BBC Online was the result.

A hugely important moment arrives in 2007, demonstrating early semblances of the emergence of VOD and OTT: BBC iPlayer was launched. Though now iPlayer is a huge success, it took years to deliver and had a tricky time getting approved by BBC managers. Ben Lavender woke up with the idea of everyone being able to access all of the BBC’s programmes on demand via the web and so began his work on the integrated Media Player (BBC iMP). It ended up taking 84 internal presentations, a massive effort to clear copyright issues and a host of technical trials before it was successfully launched.

The first all-digital Olympic Games, the BBC provided live coverage of every London 2012 sport from every venue throughout each day of the games. The complete digital package enabled audiences to switch between 24 simultaneous live streams, allowed users to rewind live coverage, offered relevant live data statistics and information seamlessly and in all delivered some 2,500 hours of coverage via the BBC Sport website. It serves as a glowing emblem of the journey sports broadcast had been on, from the earlier mentioned piece of paper with a football pitch drawn on, in 1927.

In 2013, the Queen officially opened the BBC’s new London HQ at Broadcasting House with a live broadcast, and in response to the Covid-19 pandemic in 2020, the BBC powered up support for young people’s education at home, amid concerns that large numbers of children had no access to remote learning platforms. BBC Live Lessons and BBC Bitesize Daily were launched, along with Our School and Celebrity Supply Teacher – all on the CBBC channel, helping youngsters stay ahead.

In 2021, live, top-tier English league football returned to the BBC for the first time since 1988. The first match was in July, when 5.7m tuned in for the Southampton-Manchester City game. The match set a new viewing record for the Premier League in the UK. Despite the ongoing Coronavirus pandemic, summer 2021 saw a huge summer of sport with the return of Wimbledon; the men’s European Championships; the new domestic cricket competition The Hundred; and the Olympics in Tokyo – all covered on the BBC.

In 1933 Sheila Borrett was employed by the BBC after a much-publicised campaign to recruit a woman announcer. She was successful because of her low-pitched voice. But, after three months she was removed from the position after the BBC received thousands of complaints from listeners who were uncomfortable with hearing a woman announcer. 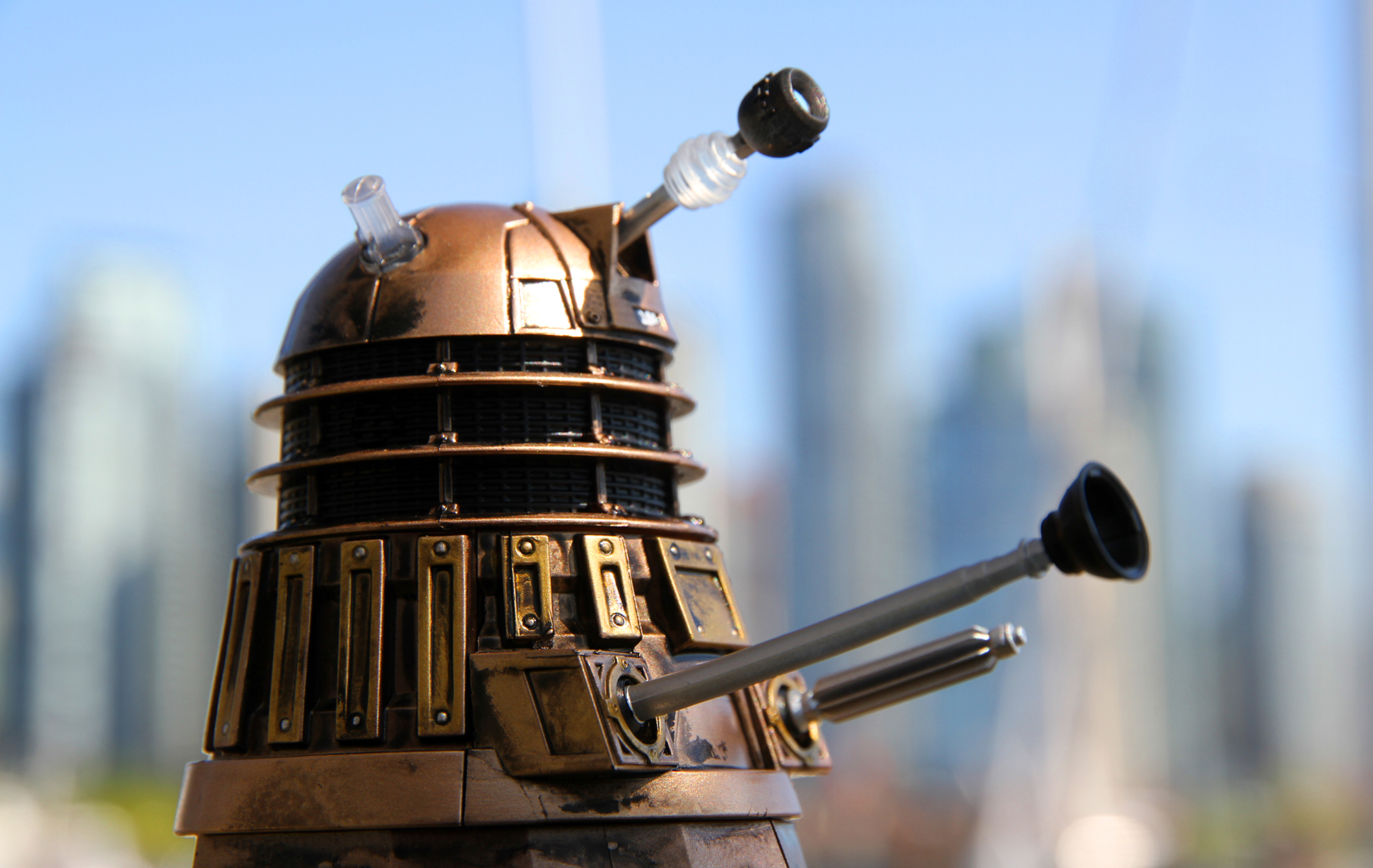 The adventures in time and space begin

The first episode of Doctor Who aired on 23 November and the cover of the Radio Times that week announced it as “a new Saturday-afternoon television series of adventures in time and space”. Viewers heard the iconic theme tune for the first time, realised by the BBC Radiophonic Workshop. The mysterious opening title sequence was created, in part, by pointing an electronic TV camera at its own image which generates a swirling visual “howl around” effect. In 2017 Jodie Whittaker took on the role of the 13th doctor, the first woman to do so. The BBC confirmed in May 2022 that Ncuti Gatwa would star as the 14th Doctor on the show, making him the first Black actor to portray the titular role. 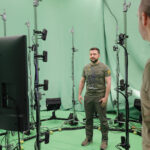 The Welsh River Wye was the site of a powerful, innovative livestreamed investigation by...

Live production is not only going remote, but automated too. Balancing out the challenge...
Read Here