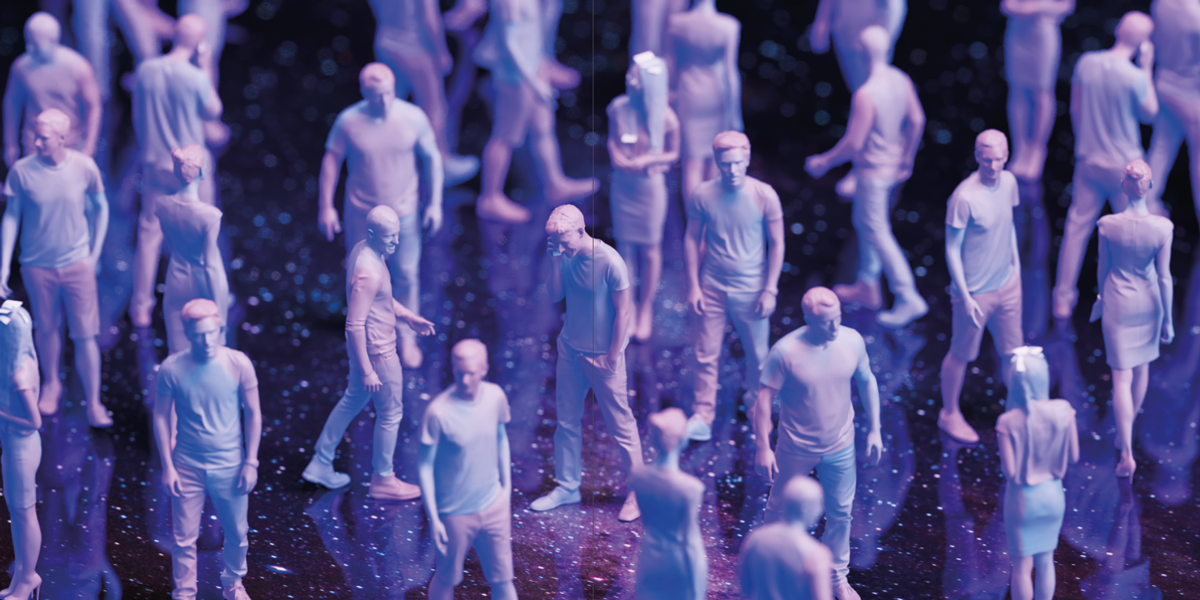 The latest super-hyped buzzword, following in the footsteps of – and not entirely separate from – blockchain is ‘metaverse’. There’s much conversation out there about it, but a lot of that talk obfuscates the terrible secret most people are holding on to: few of us really know what it is.

Is the metaverse an interconnected virtual reality space where we all have our own avatars and digital possessions, interacting with each other in fantastical, even magical ways? Is it just another name for various sandbox gaming platforms like Fortnite, Roblox or even Minecraft? Or is it simply a new way of describing the internet?

Since the metaverse doesn’t really fully exist as a unified virtual destination, the present answer is that it’s a little bit of all three. What’s certain is that greater computing power, connectivity, game engines and social media are going to make virtual 3D spaces more accessible and useful – for business and pleasure alike. And there are companies, at this very moment, building successful ventures that are laying the groundwork for the future metaverse.

“Think of the metaverse as the next internet,” explains Amit Chopra, founder and CEO of XR solutions expert Iconic Engine.

When Chopra was global COO at VFX giant Digital Domain, part of his job was to look at emerging innovations, including virtual reality. Starting in 2014, the company took a deep dive into the technology, learning about the building of cameras and headsets, experimenting with 360 production and game development.

About three years ago, Iconic Engine was spun off from Digital Domain, primarily a service business, to focus on product development. Its initial focus has been helping telcos, like Deutsche Telekom, Orange and PCCW, build a virtual reality presence.  In the meantime, Iconic Engine has partnered with almost 400 indie IP owners, who are building 360 videos or VR experiences licensed out to these partners.

The need to help people connect during Covid-19 lockdowns inspired the company to develop a social product. Partnering with Deutsche Telekom, it produced Magenta XR in 2020, which allowed customers of the telco provider to interact in multiple environments with different avatars and skins.

Iconic Engine has a big presence in India, and is in a content partnership with Jio, who are building lightweight AR glasses attached directly to a smartphone. Content companies in India know the truism that most of the world gets content primarily – often solely – on mobile.

Chopra explains that a successful future metaverse will need to be fully accessible, regardless of platform. Billions of people with VR headsets just isn’t going to happen. Being able to access metaverse content through a simple mobile screen is going to be far more important.

“We have been telco-focused for the last seven years,” says Chopra. “We had a statement that was ‘mobile first’, and said that to all our employees and every customer we interacted with. Whatever solution you’re tackling, if it doesn’t work on mobile, don’t build it.”

The company has built tools to help companies kick-start their virtual presence, with Metaverse Builder and Metaverse Engine its two main products. The former helps brands create their own metaverse apps, while the latter is a complete tech stack for businesses launching their own white-label metaverse platform. A new WebXR component will allow access to metaverse content for anyone with a web browser.

Just as it was essential for every company to have at least a simple web page in the beginning of the internet, Chopra thinks businesses need to think about their interactive 3D offerings now.

“People are calling the likes of Fortnite and Roblox the metaverse,” says Chopra, “but these are just individual platforms doing 3D assets and engaged in 3D economies. As this new 3D internet grows, you can go to platforms or build your own identity – and that’s where we come in. I think you’ll need to do both.

“The sooner you get involved in the process, build up brand identity and get direct access to your consumers through the metaverse, the more power you’ll gain at an early stage.”

“A lot of buzzwords are floating around right now, but there’s a saying that technology changes are often overestimated in the short term and underestimated in the long term,” according to Guy Gadney, co-founder and CEO of Charisma – a company that uses machine learning to create and power virtual 3D characters.

“The metaverse is the internet in 3D – and not just the web, but the internet itself. It is a highly networked place, and will be the most monumental communications structure between people we’ve ever seen. One of the key differences between the metaverse and the internet is that it will always be on.”

Gadney uses an analogy of the transition between old dial-up internet and broadband at the turn of the millennium. The great leap forward there wasn’t the added speed broadband delivered, but the fact that you could be connected all the time. As a result, it changed our internet habits for good.

Content needs to be considered in a less linear way with the metaverse. Beginning-middle-end narratives will make too small a target to be engaging. If people are willing to click out of a video within the first ten seconds, how much harder will it be to keep them engaged in a linear track, with the distractions of a 3D world around them?

“A great example is how The Shining was recreated in Ready Player One, where you have an experience in that world that isn’t locked into the linear story,” Gadney adds.

Interoperability is an essential problem to solve for the metaverse to move forward. Technologies often go through conflicts over the dominant format or underlying protocols (VHS vs Beta, Blu-ray vs HD DVD, Apple vs Windows). The best solution will be the one that allows the end customer the greatest flexibility and freedom.

Social media companies have encouraged an especially siloed system. We’re not allowed to swap our Instagram photos back and forth between platforms easily – in fact, it’s not clear how much we even own our Instagram photos. This new phase of the internet must allow for simple, intuitive migration between digital spaces, enabling you to take all your digital possessions – and personalities – along with you.

Gadney’s company Charisma recognises this infinitely vast world needs to be populated, and that population is likely to be largely non-human. This will make spaces more aesthetically interesting and practically engaging. Spaces get more sticky the more points of interaction there are. And in a world that’s always on, non-human points of interaction will be created and driven by AI and machine learning.

“There are quite a few innovations coming through at the moment, but I believe AI is the tsunami that’s going to have the most impact,” he asserts.

Creating stories – or might they better be called ‘situations’ – in the metaverse will be extremely complex. Choose Your Own Adventure books of our childhood are primitive branching narratives that will become laughably tedious in a fully realised metaverse. These will spool out in labyrinthine ways, affected by the involvement of the participant. Those kinds of dynamic, ever-changing stories will be almost impossible to construct by a single person or team of writers.

“We’re actively experimenting in how AI can create pools of content around a core storyline that maintains its believability.”

The metaverse will have many of the attributes of a real-world space – human participants making decisions; commerce taking place; real estate being created, bought and sold; crimes committed. And giant platforms will harvest and sell data.

“The challenge I see most around the metaverse is an ethical one. If you are building a new space, the rule set around it – and how that space is built – is very important. If the system is based on the principles of a large social media network, that’s not necessarily a good thing, as we’re seeing with the psychological impact of Facebook on the planet. Do you really want that augmented and in 3D? Absolutely not. You want a more equitable set of experiences relevant to different people, cultures and languages,” Gadney concludes. 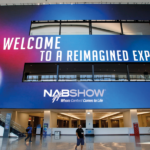 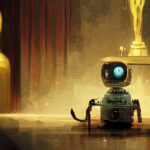 Immotion has announced it has signed contracts in the past week with the London...

How a small team helped the president of Ukraine deliver a new message of...

Physical activity and gaming combine in a new genre of hybrid sports and mixed...
Read Here