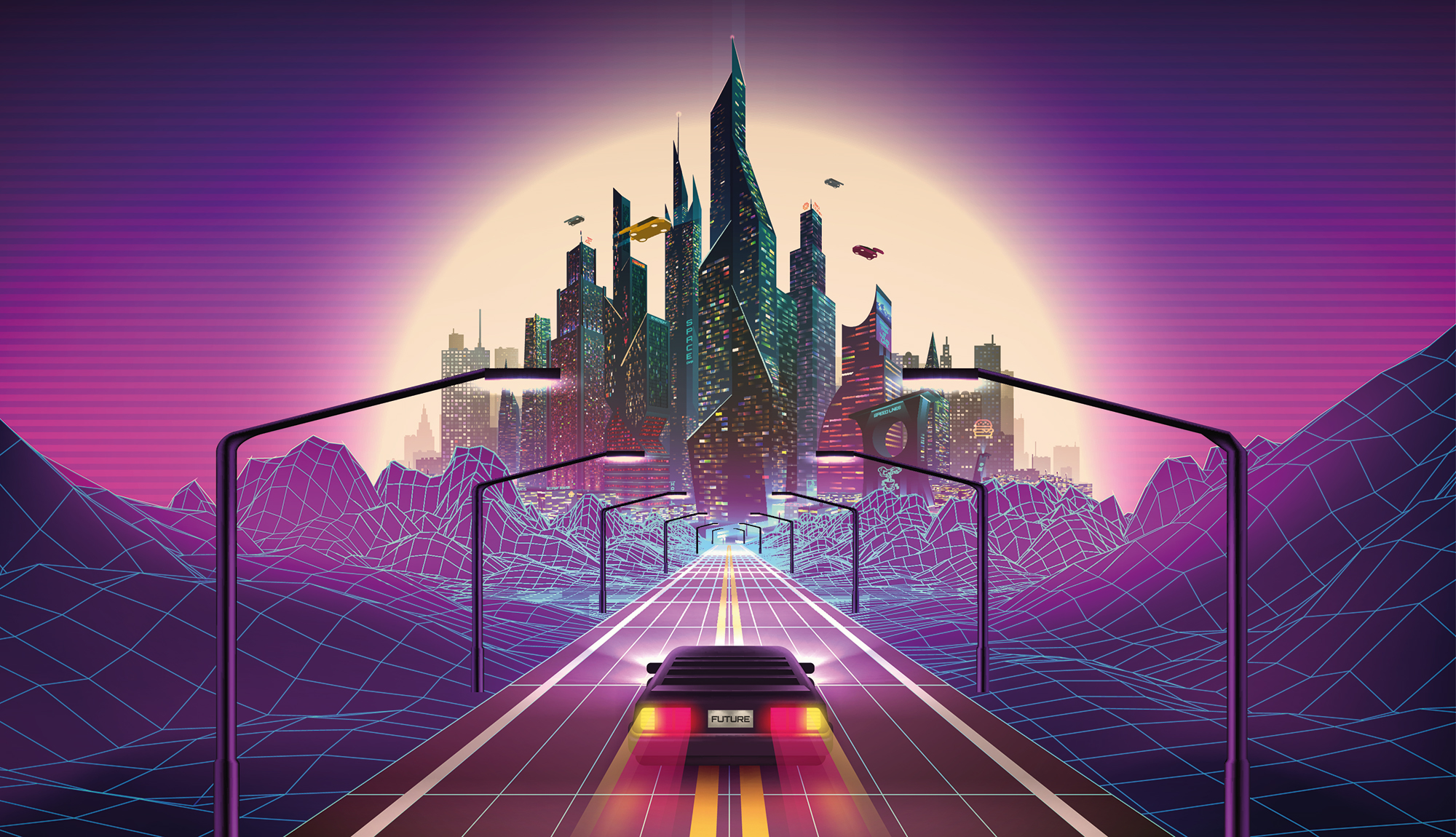 People like to watch the same thing at the same time. Whether it’s a sporting event, a wedding, a trial, or just two idiots letting road rage get the better of them, human beings enjoy witnessing moments in groups. It must be deeply embedded in our DNA to seek a collectively watched experience – an arrangement allowing us to compare notes and improve the group situation.

In the 20th century, there were two great communal viewing experiences: the cinema and broadcast television. In the cinema, audiences sat together in a darkened room and laughed, screamed and cried collectively. TV audiences also shared identical experiences, but in their own homes. The number of total viewers was huge, but the viewing groups were small. The most crowded living room would make for a virtually empty cinema.

The age of internet-based content means anyone has access to anything or anyone, anytime. You need a really good reason to watch something together now. There are plenty of experts willing to tell us that this ability to access anything your heart desires tends to reduce social cohesion, makes us more isolated in our thinking and more lonely. People still want to watch things together, but how do you do that when your loved ones are all on separate devices, or in separate houses, cities – separate countries, even? Covid-19 has pushed this sense of isolation to the extreme.

Enter the ‘watch party’. In July 2018, Facebook introduced the idea – the first time it was offered by a major platform. With Facebook Watch Party, users could share videos, live or recorded, and interact with one another in real time. It was first made available inside Facebook Groups and then rolled out to the wider platform.

Facebook Watch, the platform’s ill-begotten VOD offering, was launched at roughly the same time – and it certainly would have been a no-brainer to integrate Watch Party into a VOD platform that famously claimed it wanted to find ways of bringing people together. Instead, the Watch Party, and Facebook’s slate of ambitious original programming, didn’t seem to gel with the business model. Facebook is a data company, not an entertainment one. By 2020, Facebook had jettisoned the idea of doing originals and transitioned Facebook Watch into a feed for sticky video clickbait.

The Facebook Watch Party feature was turned off in April this year, and replaced with ‘Watch Together’, which operates over Facebook Messenger. The new feature allows people on different devices to comment on the short videos in the Facebook Watch feed, and videos and posts on Facebook’s Instagram platform.

I was an American living in the UK, and I really missed things like watching the Super Bowl with my dad

Watch party: An idea that was perfect for the pandemic

But as the Facebook Watch Party fades away, its name has become common parlance in the online video world, and competitors have picked up the watch party baton to create opportunities for remotely sharing a viewing experience. Some platforms had already been kicking around the idea, but the pandemic made developing the watch party a no-brainer.

Amazon Prime Video introduced its own watch party tools in June 2020. The Prime Watch Party is only available on the desktop browser version of Prime, and offers the ability to invite up to 100 other friends, who can access the video invitation via their own Prime membership, or through purchasing and renting the video. The ‘party’ takes place via a text chat feature.

Disney+ has also launched its own built-in watch party feature, called GroupWatch. Although Netflix hasn’t gone in exactly the same direction, it hasn’t needed to. In 2020, there was a surge in watch party-type services, all aimed at serving a world in lockdown – and Netflix was the one service viewers wanted to share.

Netflix Party launched in the summer of 2020 as an irresistibly free browser extension, allowing viewers to watch a movie – and text chat about it – in sync. This May, Netflix Party rebranded as Teleparty and added a watch party facility for Hulu, Disney+ and HBO Max.

Other watch party providers include Scener, which also provides voice chat between users and allows sharing of most video services, including YouTube and Vimeo. Watch2Gether offers a shared audio/video chat room for full co-internet experiences, including movies, music and even shopping. Last, but not least, TwoSeven incorporates video chat and supports a wide array of services.

To spell it out: the watch party isn’t going away. In fact, it’s becoming an essential part of the audience experience. Its use right now may be intermittent or spotty, but the facility to easily share the watching experience is going to be an essential feature of on-demand content going forward.

There are a growing number of services that can be incorporated into existing content platforms to create watch party options. VOD aggregator ScreenHits TV has added co-watching features to its platform, using technology from Sceenic, offering a Watch Together white label solution that works across multiple VOD, streaming and linear channels.

ScreenHits lets users access all their OTT and VOD subscriptions in one interface, along with live linear channels. The company recently launched an app for desktop, tablet and smart TV, offering packages for a wealth of VOD subscription services at a discount. The USP for aggregators (like ScreenHits) is that they allow search and discovery through a single portal, rather than having to switch between, and individually search, multiple services.

“There are a lot of companies out there trying to be a content aggregator, but they’ve built that off the idea of a traditional OTT platform,” says founder and CEO of ScreenHits, Rose Adkins Hulse.

“When you’re dealing with millions of hours of content, tying it to a traditional OTT format overwhelms the consumer. Our share functionality allows people to share videos across all their different services and see what’s trending across them all.”

The pandemic was the final push ScreenHits needed to bring the Sceenic watch party platform on board. “I was an American living in the UK, and I really missed things like watching the Super Bowl with my dad. I thought how great it would be to have my dad in the room with me,” recalls Adkins Hulse. “There are some technologies out there, but one of the things that annoyed me was having live video of the other person on the screen – I don’t want to see my dad’s face covering the goal or be distracted because he’s picking something up.” 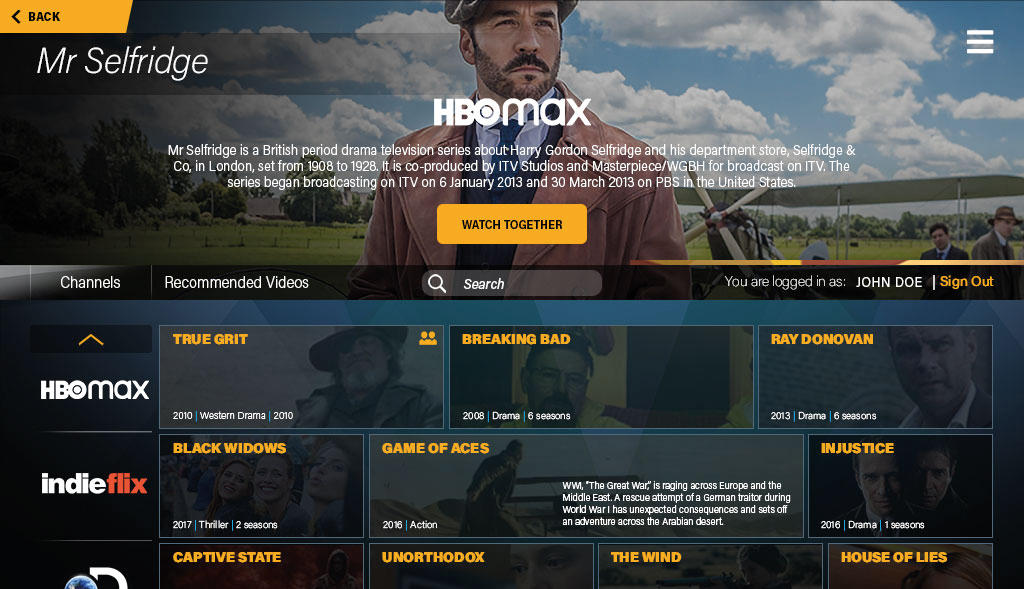 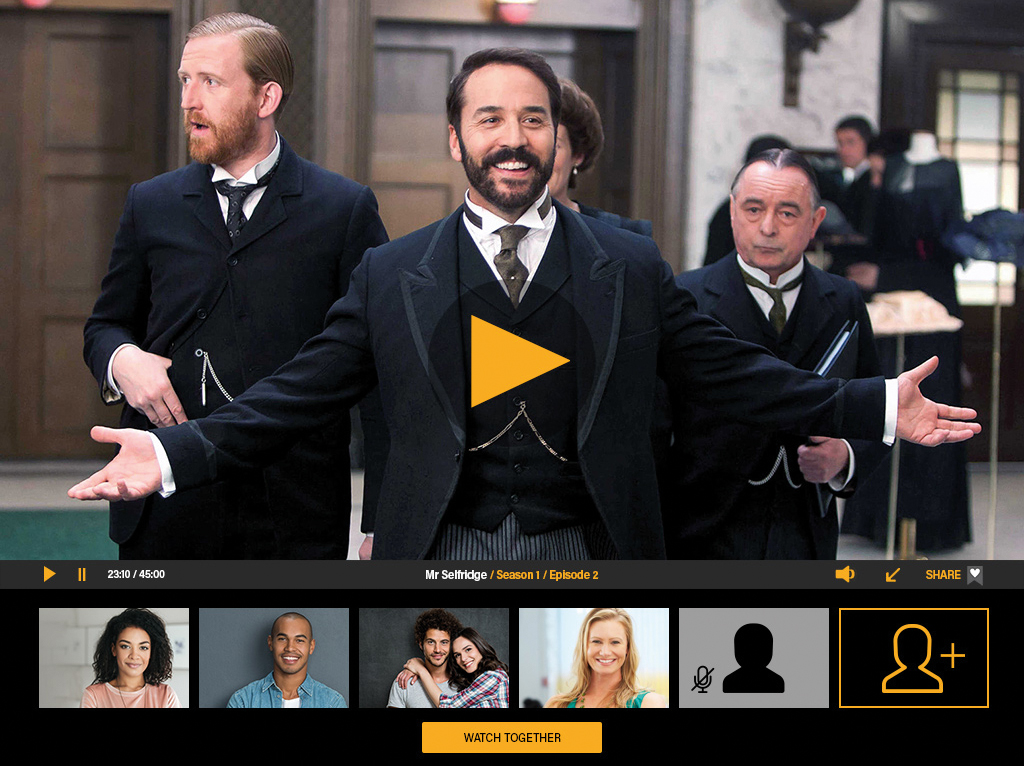 The ScreenHits solution allows viewers to connect and see each other through their mobile devices, while simultaneously watching on another screen. The Sceenic technology it is built on was also used for the BT Sport implementation of BT Sport Watch Together, allowing locked-down fans to watch and communicate with each other in the same app. The company’s other media partners include T-Mobile Germany (Deutsche Telekom), NPO, LaLiga, Virgin Media Connect, WeLoveGaming Esports and FIFAe. Finding new ways to co-watch sports content has also become a priority in the last year, and broadcasters have been trying to make their fan experiences more communal.

“We are a purely software company,” explains Sceenic COO, Jonny Williams. “What ScreenHits did was take our solution – our SDKs and APIs – and blend them into their own service. So they can have all this social interaction within their own platform.”

We can keep every single person watching the content entirely synchronised

The key to success in developing a solution like Sceenic’s is managing latency and delay. Being slightly out of sync in a Zoom call is annoying enough. To hear your friend cheer a winning goal that you haven’t seen yet could ruin an evening – or a friendship.

“What we do is bring all viewers to the same speed,” explains Williams. “If I’m using an Android device, I have a different latency from a person using an iOS device. We try to slow down the fastest person and bring the slowest up to their level. Then we keep them together all the time.

“Everything happens on our servers, so we can keep every single person watching the content entirely synchronised. And we synchronise that with the player, as well.”

Sceenic is one of a growing number of technology options for creating watch party features on your platform. Similarly, LiveLike is a company that has developed a whole suite of tools to increase audience engagement and communal viewing. The company has worked on top-tier sporting events like the Super Bowl, FIFA World Cup and NBA Playoffs, and even partnered with top broadcasters to develop services that include watch parties and gamification. It’s likely we’ll see tech companies offering these rich viewing features as the demand increases.

TV anywhere – where your audience has the ability to watch anything they want, anytime they want – is no longer a novelty. But the successful VOD and streaming platforms will be the ones that enable audiences to watch with whoever they want, as well. 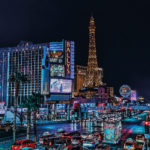 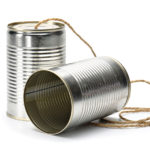 BitMovio is a new experiment in blockchain-enabled, gamified viewing. Stand aside AVOD and SVOD,...