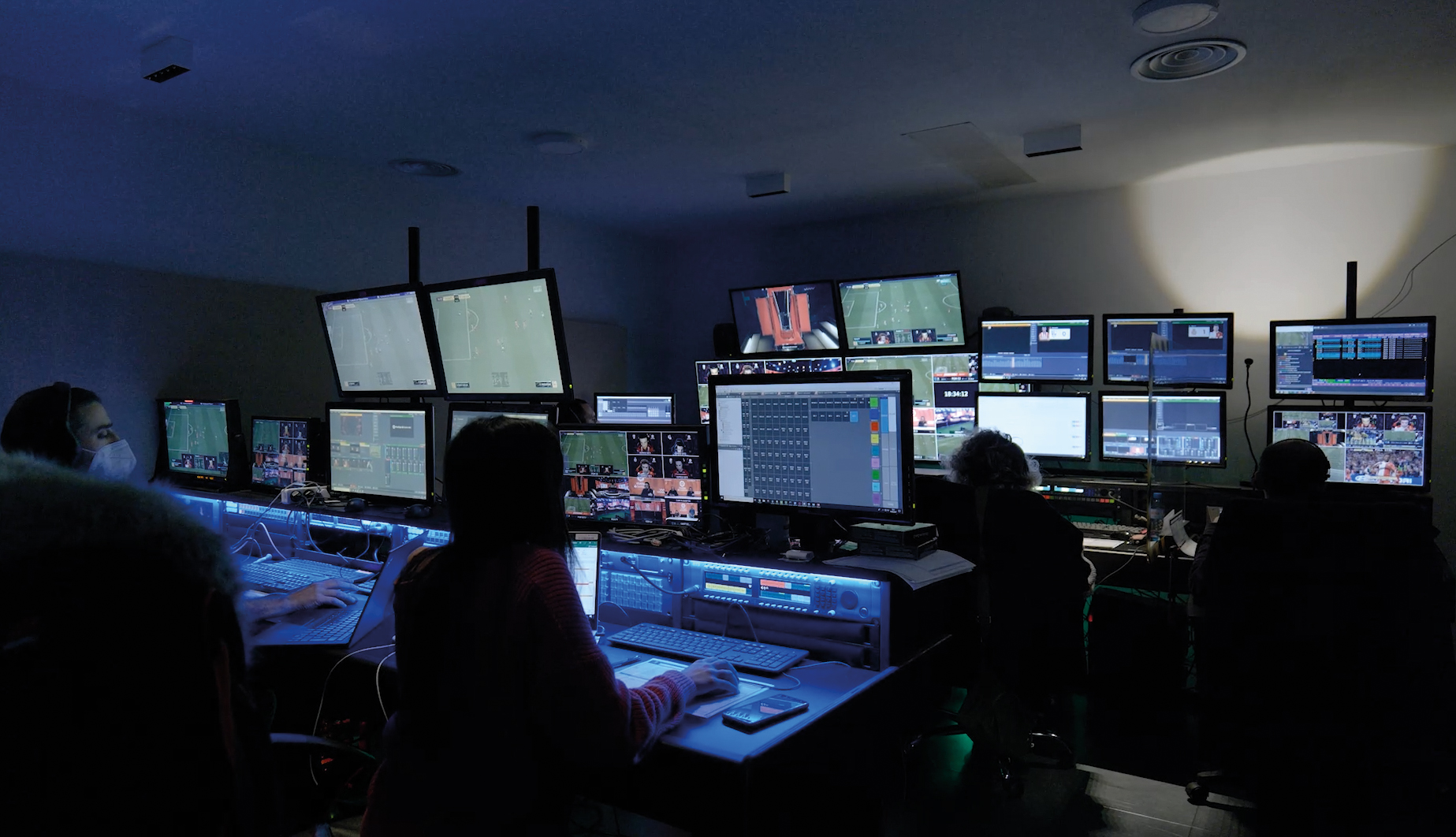 Panasonic solutions like the Kairos software-based switcher are being used for everything, from major sports events, to esports tournaments

Panasonic technology sits at the centre of so much broadcast infrastructure, the company has dedicated team members, whose job it is to help customers get the most out of their transition. One of these is Jaume Miró, who heads up the project management team at Panasonic.

A 20-year veteran at the company, he gets the call when someone needs to come in and work with an end user, or integrator, to ensure Panasonic kit is specified correctly and performing optimally to help deliver the project at hand.

Based in Barcelona, Miró is the obvious go-to for Panasonic’s technology relationship with Mediapro, one of Europe’s leading audiovisual tech and service providers. The company offers solutions for audiovisual and broadcast projects, from design to distribution. 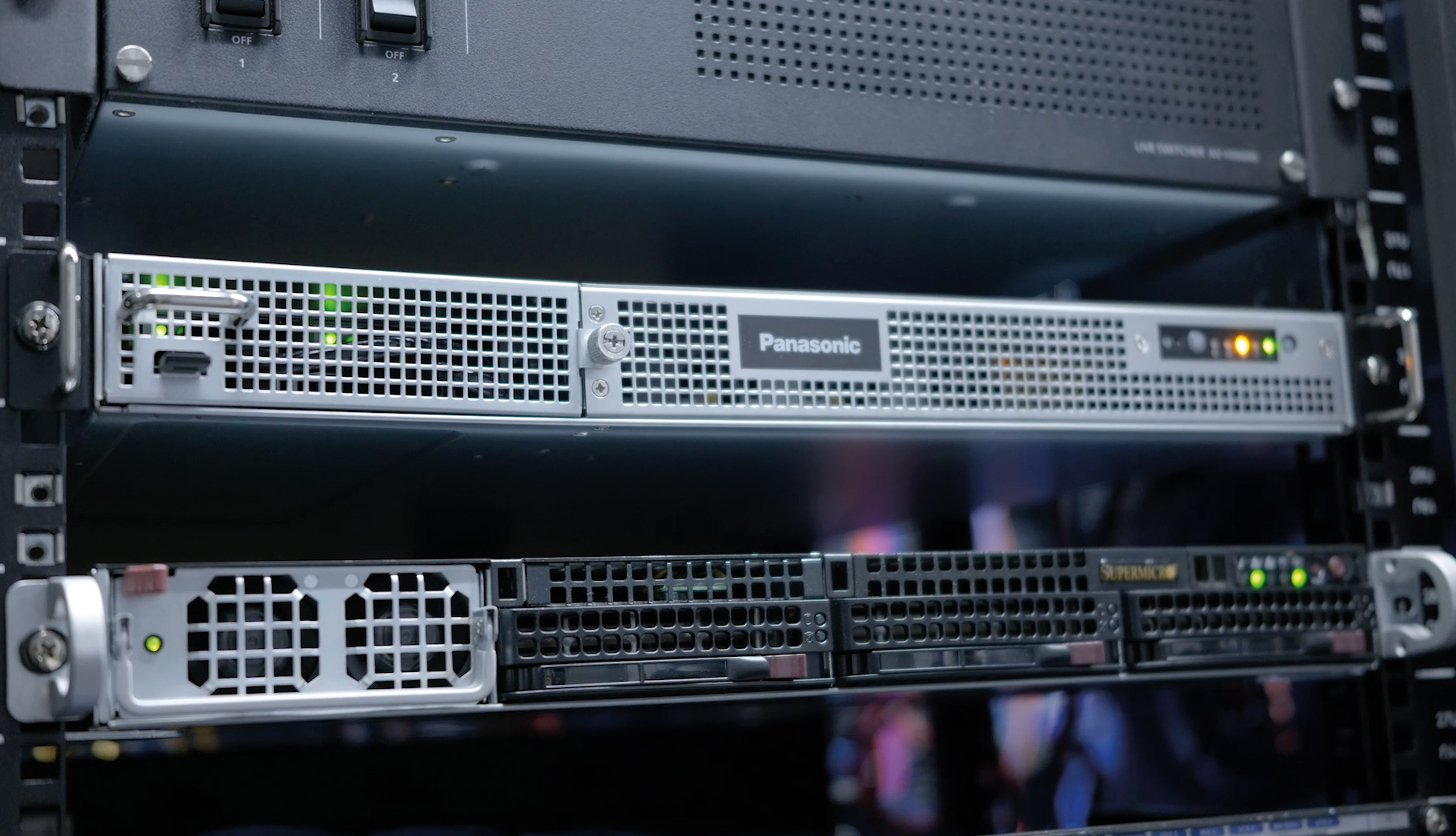 Kairos was deployed with Mediapro for the eLaLiga Santander FIFA tournament

“In 2020, Panasonic started a new department inside our division to deal with client projects,” says Miró. “This was something that didn’t exist before, at least in our business division. One of the reasons for starting the new division was Kairos. Another factor was that we have started including robotics systems in our portfolio.”

Panasonic cameras are well known, but working with its tech partners, the company also provides automation and robotics systems for these cameras. From the moment a new studio is designed, Miró starts discussing with customers how they’re going to configure the new build. A lot of these are migrations from SDI to IP, which is where Panasonic’s new Kairos platform comes in.

Kairos is an IP-centric live production switcher, developed at Panasonic’s European R&D centre in Germany, which uses CPU and GPU power to processlive, uncompressed video. The platform operates fully in the realm of IP as a video scaler, processor, mixer or server. The Kairos core is a 1RU hardware unit running Linux, but its software based architecture means it ultimately isn’t bound by specified hardware at all.

“Kairos isn’t just a switcher. How it’s integrated powers what is controlling it – and what it can control. There are many different parties out there and we need to make sure we have compatibility, so we work closely with systems integrators and other manufacturers.”

Since Kairos is, at heart, a software product, it is able to live in a continuous development cycle, with new functions and improvements added on a regular basis, in response to customer needs. From a simple demo, to a customer who has already purchased the system, every encounter is an opportunity for more insight.

“There is common feedback from every customer, but there are also things specific to a certain workflow and environment.”

Nobody is going to change from SDI to IP all at once. You start with something small

Kairos is already being deployed globally, including with major sports broadcasters – in particular, with esports, which are more ready to try out new technologies and are already comfortable operating in a fully IP environment.

Kairos was recently deployed with Mediapro, the exclusive agent for Spanish men’s football division, La Liga. In addition to its Barcelona headquarters, Mediapro has branches around the world, with an especially strong presence in Latin America. The company’s esports division, Mediapro LVP (Liga de Videojuegos Profesional), is one of the world’s biggest pro gaming producers, and the biggest Spanish speaking esports organisation.

Content includes matches for League of Legends, Call of Duty, FIFA and Fortnite, among others. At the beginning of the summer, Kairos was used for Mediapro’s FIFA esports tournament, produced for La Liga and co-sponsored by Spanish bank, Santander. The eLaLiga Santander was broadcast live, with all camera inputs from the Mediapro La Liga studio – the same used for the real-world La Liga matches – and participants playing from home, as well as game inputs, were controlled by Kairos in real time. 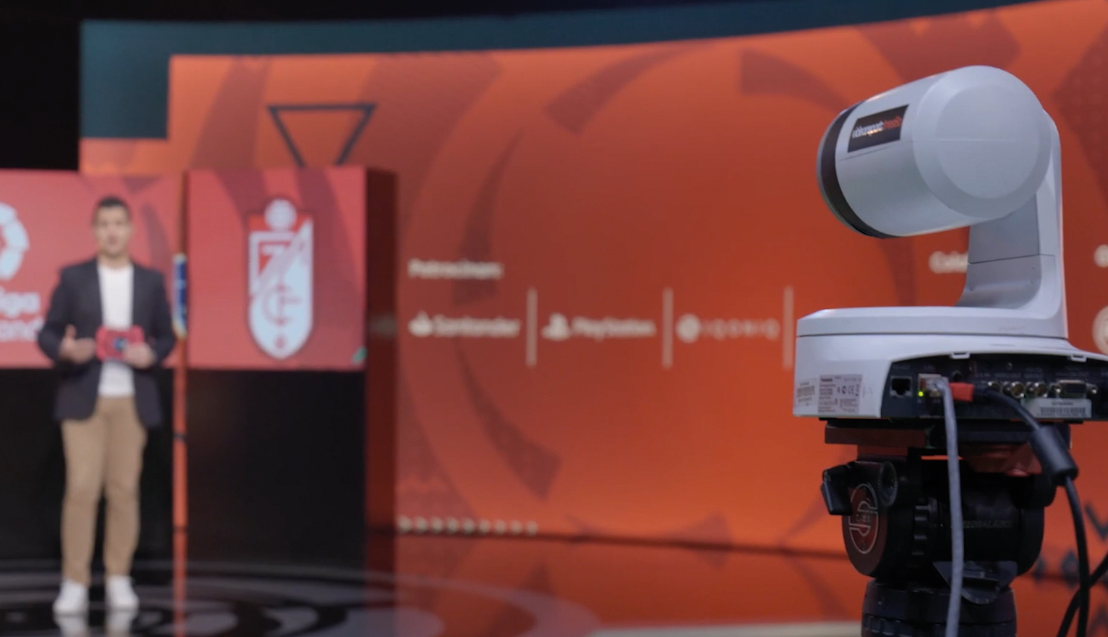 Kairos is aiding the switch from SDI to IP technology

Kairos was the ideal switcher for a workflow that, due to the pandemic, required players from multiple home locations to be able to send and receive video in real time with low latency. With its flexible software architecture, Kairos also allowed for an unlimited number of layers and effects – the production was working with ten to 12 scenes, each with around ten layers. The tournament was broadcast across multiple platforms, including Twitch and YouTube, as well as being streamed through the La Liga app, and via sports channels on Spanish telco, Movistar.

“In esports, they like to try things. They are constantly pushing the boundaries and eager to learn the latest technology advances,” says Miró. “Now, the audiences are growing and esports can have more audience than the real sport. Three years ago, esports was in the corner with a few cameras, but now Mediapro is using the same studios as the real football matches.”

Building a robust IP workflow has appeal well beyond traditional broadcast. Smaller, or more niche, content companies may build their own production islands, possibly with a virtual studio, which can be expanded or integrated with others as needed. The corporate market is also starting to get serious about creating content.

“Some big companies are realising they can’t just do their internal videos on Zoom – that’s what you use with your family. They want to increase the quality of corporate video. Many are starting to invest more in their own studios – and they are a good candidate to use Kairos as a switcher for producing content, especially for live webinars.”

The engineering and customer care that has gone into these Kairos deployments leaves Miró confident about the technology’s rock-solid reliability.

Mediapro’s usage of Kairos at the Fifa esports tournament demonstrates new possibilities for content curation, and paves the way for a new way of producing live content.

Sign up to our newsletter to receive FEED magazine for free! 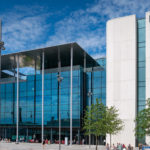 Super slow in the cloud 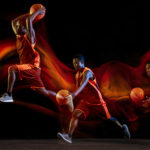