Ross Video is known for its live production solutions, ranging from production switchers and robotic camera systems to virtual studios and newsroom automation. The company has been investing in cloud-based solutions for a number of years, but the Covid-19 downturn has forced the entire industry to accelerate the development and adoption of cloud solutions to support remote working. Earlier this year, Ross Production Services (RPS), the company’s in-house production services division, created a solution based on its work with esports customers, which has evolved into a remote service for all forms of live broadcast and production.

RPS’s Logan McDonald worked out the coding side, including web development and app design, and Matthew Webster handled hardware and configured tools like Ross Carbonite switchers to be controlled over a VPN. The system connects the production team, crew and talent – and hardware – via a secure cloud portal, allowing familiar broadcast workflows to operate with low latency.

As lockdowns began in March 2020, RPS and clients had production trucks sitting doing nothing.

“We knew a truck could do a show, so how could we make it work under Covid conditions?” recalls Matthew Webster.

“Producers need to have instantaneous intercoms. They also need a multiviewer, but how do they view it? Do we have to install any software on their computer, or do we need to send them a special computer? So Logan McDonald created a production portal where a producer can just go to a website, log in and then view the multiviewer on a computer without having to install any software. And if they have their phone or a tablet, the system turns that into their intercom,” he explains.

“I would say latency was the number-one challenge, just figuring out timings. We did a Magic: The Gathering show where the producer was in the UK and the director was in Canada. With our system, you can see a multiviewer almost anywhere in the world at half a second of latency, so they both saw the same video at about the same time.”

The solution is also very scalable. Webster says that while a low-budget production can use its existing phone, laptop, lighting and cameras, RPS can also draw on the full complement of Ross Video systems and its services expertise to beef up and enable the production. This could involve shipping a Carbonite Black control panel to a remote technical director, for example, or providing a whole remote crew to produce a complete show.

A keystone of the service is its video decoding technology and accompanying software for handling multiple video streams. A good showcase for scalability is College GameDay Live, a US college football pregame show produced by ESPN. In place of its pre-Covid live fan audience is a live on-screen ‘fan mosaic’ called the Virtual Pit.

“We built a portal that allows them to pick 500 to 600 fans to go on to the site each week,” explains McDonald. “They’ll watch the show in that same low-latency time domain and we can take all of their camera feeds back individually, sort them by team and give ESPN moderation tools to choose which fans to put on air.”

Webster adds: “We also have intercom to the fans, so the producer and director are able to talk directly to them and get them cheering before going on air.”

But Ross’s 2020 strategy went beyond mere remote tools to continue to roll out the company’s offerings around cloud. Inception.cloud had already been launched as a cloud-based hub for live content. Billed as a newsroom, social media management and live event planner entirely in the cloud, Inception.cloud offers News, Social and Live ‘editions’, which can be combined and expanded according to business needs. There is also a lower-cost Academic tier.

The SaaS solution is designed to be a powerful offering for teams that need to be agile and respond to different opportunities and stories quickly. It allows the technical team to have hands-off maintenance and upgrades, lets management choose an Opex model and empowers creatives to connect to the system from anywhere.

“When looking at moving our products to the cloud, we had to understand the benefits to the customer,” explains Jenn Jarvis, product manager of editorial workflow at Ross Video. “In the case of SaaS, it’s saving them time and staff. At the back end, what we are doing is optimising how those pieces fit together to make it faster, to improve redundancy, to improve security and to allow us to more easily scale the services that we are offering.”

Ross Video not only has a team dedicated purely to its SaaS business and products, but is helping push the industry forward in working with cloud.

“The MOS (Media Object Server) protocol was developed by the broadcast industry over 20 years ago to communicate between devices,” Jarvis explains. “It’s an open-source protocol that the vendors build and specify collectively, and any changes to it have to be approved by the vendors who participate.

“One of the things we discovered when we put Inception into the cloud was that most of the devices it communicated with were still within the traditional broadcast facility. They were behind firewalls on a closed network and not being run
in the cloud.

“The MOS protocol was designed for devices to communicate on the same network. We realised we had to push the industry to look at a new model and a new way of thinking. We did a lot of research, came up with some security protocols and proposed the newest version of MOS.”

Cloud isn’t an automatic go-to for many broadcasters. A list of pros and cons is often drawn up before making a decision.

“The way we structure our products when we deploy them in the cloud, you’re not sacrificing functionality with either decision. It purely comes down to your organisation’s preferences on back-end technology and pricing,” she explains.
Jarvis is keen to stress that with Ross, customers are able to enjoy maximum functionality, regardless of where their system is running.

“If they are going with the traditional on-premises solution, or choosing to use Inception.cloud, or if they’re choosing to run it in their own cloud infrastructure, the end user has the same experience. What they are really making a decision on is the technology they want to use and the way they want to financially invest,” she concludes. 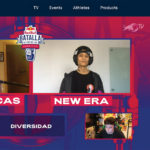 Developing a vision for virtualised solutions 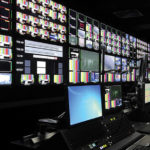 NAB Show 2022 saw swathes of launches across the industry – particularly around cloud....

From election pie charts to extended-reality landscapes, here's how to make your broadcast stand...