Panasonic Kairos: The time has come for a new software paradigm

The ancient Greeks had two words for time: chronos and kairos. The former refers to it as a measured phenomenon – the passage of the years, seasons and days. The latter denotes the sense of the moment – the individual’s experience here and now. Chronos is heavy and predictable, while kairos is immediate, personal and very valuable.

When someone talks about ‘seizing the moment’, kairos is the moment they’re talking about.

Panasonic’s history has long been one of top developers and engineers working in the company’s Japan-based labs. But a few years ago, the company began to expand its R&D processes beyond Japan. Europe became a base for product development, and the teams in this new European lab were mandated to develop their own solutions to
add to the Panasonic portfolio.

It was no secret that software was replacing hardware in most industries worldwide. Though the media industry was slow to change, companies would adopt products boasting a flexible software approach, rather than investing in hardware with increasingly shorter lifespans.

“In the video world, we’ve been witnessing what happened 20 years ago in the audio world,” says Panasonic head of new business and market development, Guilhem Krier. “Audio processing used to be done by sophisticated hardware, but we came to a point where you could do most of it with a CPU instead. With video, you have much more data to process, so it took more time to get CPUs up to speed – now we can do that.”

As a result, Panasonic moved video processing to software-based platforms. They stopped developing FPGA hardware-based products for high-end switchers, and established an R&D centre near Frankfurt, Germany, bringing together broadcast and IP specialists. Out of this facility came new ways for Panasonic to think about video processing in software – the Kairos platform was born.

We have come out with something as a broadcast switcher, but much easier to use

Bold and easy to use

Kairos is a software engine forming the basis of multiple applications used by the media and broadcasters. Resolution and format independent, the open architecture platform uses CPU/GPU processing to deliver uncompressed processing, including true, uncompressed 4K inputs and simultaneous support of baseband and IP signals, like ST2110 and NDI.

“People might mistake Kairos for a switcher, because that was the first application that we brought to the market,” explains Guilhem. “But really, any time that high-end, low-latency video processing is required, the Kairos engine can do the job.”

The flexibility inherent to Kairos’ software-based design means it can be a switcher now, but tomorrow, it could be a video server, multiviewer or any number of video processing tools. But Panasonic also designed Kairos with the changing needs of the customer. It was important for the platform to be low-latency with no drop in quality over hardware solutions, but just as important was ease of use, even for non-professionals.

For hardware companies such as ours, moving to this software concept is a very big change in paradigm

“We didn’t want to lose customers with a new concept that is too bold and advanced. We have come out with something as a broadcast switcher, but much easier to use.”

Kairos was rolled out to customers in phases, getting them acclimatised to the new paradigm.

The software has initially been installed as a package inside hardware servers, like the new Kairos Core 1000 (AT-KC1000) mainframe.

The next step is to present the platform as a software service, before finally offering Kairos fully, in public or private cloud.

One of the first major investors in the Kairos platform is the UK and Northern Europe offices of systems integrator Creative Technology (CT). CT is a leading supplier of specialist audio visual equipment to the broadcast, corporate, entertainment and sport industries. It’s also a Panasonic technology partner. The company plans to offer its facilities as a training centre for operators looking to leverage the Kairos system’s potential.

“We’ve been developing an IP strategy at CT for a number of years, but until now we haven’t had a platform that enables us to manage the transition from baseband SDI to IP routing,” says Creative Technology head of integrated networks & vision, Sid Lobb. “Kairos allows us to offer our clients the capabilities of mixing and switching between video signals, and distributing it in any format and resolution required by the client.”

Kairos has also been implemented and installed by German rental company AG Lang, as well as Benelux-based rental company and distributor AED. Both firms are also set to provide training centres.

Supporting most major industry protocols, it can be set up inside already existing architectures.

“In this day and age, the black box, closed system is gone. Now, we need things that have interoperability – able to work with other manufacturers or suppliers. Customers don’t care who is competing with who any more. For example, Kairos is compatible with NDI and RossTalk. Some companies are competitors and partners now.”

Panasonic is supporting this spirit of interoperability with its own Alliance Partners programme, made up of broadcast tech companies actively supporting Kairos, and already includes more than 25 businesses.

Kairos is available to help broadcasters replace traditional SDI equipment with software. It is also aimed at the growing live-events market as an alternative to hardware switchers and other equipment, with live broadcast becoming more agile, remote and accessible by more and more companies.

The third market for Kairos, where Guilhem anticipates ballooning demand, is the high-end corporate broadcaster. Covid-19 has driven many companies to adopt remote-working capabilities, but it has also forced many businesses to innovate entirely fresh ways of engaging with their employees and customers. Many of these changes are likely to stay – and evolve – even after the pandemic has subsided.

“For hardware companies such as ours, having been manufacturing hardware products for the past 100 years, moving to this software concept is a very big change in paradigm.” 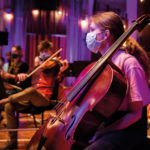 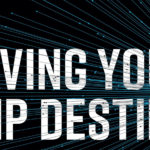