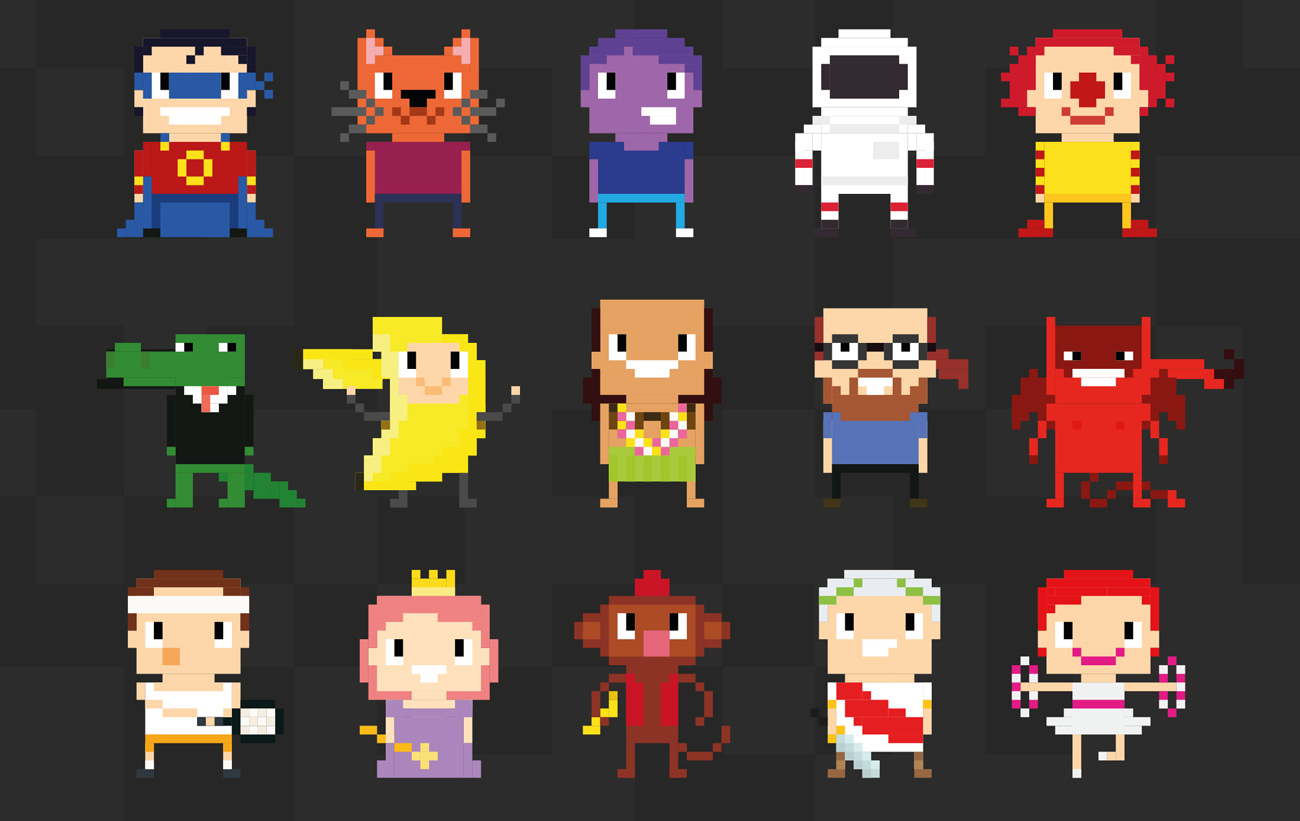 With everyone desperate to find a way of making money selling digital content, recent talk of non-fungible tokens has landed on fertile soil. But will NFTs crypto become a common part of digital content strategy, or is it just another passing craze?

NFTs are the hype du jour in 2021. You can hardly look at your social feed without getting ’splained by some goateed libertarian about the advantages of NFTs, or becoming infuriated that an NFT of an 8-bit flying Pop-Tart cat gif has sold for half a million dollars.

So, what is an NFT? No, it’s not the National Film Theatre – don’t be so analogue! NFT stands for ‘non-fungible token.’

Still none the wiser? Well, what’s a ‘non-fungible token’ – and should you even care? First, let’s look at fungible tokens. ‘Fungible’ means ‘interchangeable.’

A fungible token may be a dollar bill or a €5 note – shares in commodities or stock options are also fungible. That means it doesn’t matter which specific item I own of the material in question, one is as good as another. The serial number on the $100 bill you’re about to hand over to take your family to the newly reopened movies doesn’t matter – its value remains the same. One note is as good as another.

However, something that is non-fungible has its own unique identity. A $100 bill has the serial number H387672956, while another is identified with serial number H387672957. Van Gogh’s self-portrait dedicated to Gauguin from 1888 is not the same as his self-portrait with bandaged ear from 1889. It’s my adorable beagle puppy, not your adorable beagle puppy.

A non-fungible token is a unique identifier on the blockchain, certifying the ownership of a specific item. NFTs have been around for a while, but a number of recent high-profile stories, involving artists using NFTs to distribute their content, has generated excitement. There is all manner of talk about how they could provide content owners with new ways to earn revenue, particularly in the digital realm.

Music artist and Mars enthusiast Grimes recently released sold NFTs for some of her digital art, worth almost $6 million. One of the most attention-grabbing NFT transactions was the sale of Nyan Cat – a ten-year-old gif animation of a flying feline/Pop-Tart hybrid for 300ETH (Ether is the cryptocurrency of the Ethereum network – around $583,000). And then there was an NFT for a piece by digital artist Mike Winkelmann (aka Beeple), sold at Christie’s for $69,346,250 in March.

There is certainly a lot of hype, but NFTs – and the blockchain itself – can create limited runs, leading to manufactured scarcity. That means creating demand in a digital world, where there has traditionally been too much product and not enough buyers.

NYAN CASH The flying Pop-Tart/cat animation, known as Nyan Cat, was originally uploaded to YouTube in 2011. In February, it sold for nearly $600,000

“NFTs have been around for quite a while,” FEED is reminded by FilmChain co-founder, Irina Albita. The company collects, allocates and analyses revenue in film, TV and digital content, using the Ethereum blockchain. “We have been doing a research and development in the NFT space since 2016. Back then, there were pretty much only two mainstream projects: CryptoKitties and CryptoPunks.”

The former is an online game built around collectible, breedable digital cats. Users can collect and trade their kitties through the site, with NFTs facilitating individual ownership of each digital asset. When kitties – and their adorable digital avatars – are traded, the NFT is transferred from one user’s Ethereum wallet to another, proving the transaction as well as ownership.

CryptoPunks was another pioneering collectible venture powered by NFTs. It is built around 8-bit pieces of artwork depicting a variety of quirky human faces. Since its launch, by creative tech start-up Larva Labs in 2017, it has published 10,000 collectible ‘punk’ images, amassing a total collective value of more than $239.9 million. Yes, you read that right.

The entire collection of unique punk faces can be viewed in a zoomable window on the CryptoPunks front page. The background colour of each face indicates whether the punk is for sale or not, or is actively involved in a transaction. Originally, these NFTs could be claimed for free by anyone with an Ethereum wallet, but now that they have registered owners, they must be bought and sold.

“Everything fizzled out after those two projects,“ continues Albita. “Then, after a conference in the US in late 2020, there was renewed interest in the NFT space. A few really interesting artists got involved, creating a spurt of growth for NFTs and putting them on the tech agenda. A lot of people are claiming 2021 is the year of NFTs.” It’s important to note that, technically, an NFT is not the thing itself. Kitties in your CryptoKitties wallet are not the NFTs. The NFTs are the permanent credentials in the blockchain ledger, linked to your collection of CryptoKitties, certifying the uniqueness and ownership of each one.

This use of the blockchain to publicly certify ownership is being utilised by Brussels-based company Arteïa. It’s used the blockchain to create what may be the first digital catalogue raisonné anchored in the blockchain. This is a comprehensive catalogue of an artist’s works. Traditionally, these have been printed in volumes – they’re costly to produce, difficult to update and subject to gaps and errors.

“Picasso’s catalogue raisonné is 33 books, with 16,000 black & white pictures of paintings,” explains Arteïa co-founder and CSO, Olivier Marian. “It was done during his life by a friend of his, Christian Zervos, coming to an end in 1978, when Picasso died. We know there are still a lot of paintings not in the catalogue.”

Arteïa’s other co-founders were themselves art collectors. They came to Marian – who had a foot in the art and technology worlds – seeking a better way to use digital tech to create more accurate, up-to-date and easy-to-manage art catalogues that would also enable artists to contribute. Marian’s background at Microsoft in France, IT work and entrepreneurship in the start-up sector – and his family’s own long history of art collecting – already had him thinking about how to make the best databases for art collectors.

“Five years ago, I met two people doing an inventory solution for art collectors,” he says. “I was interested because it was tech, it was art – plus, it was investment and entrepreneurship. One of them had been working on museum inventory solutions for 25 years, such as the Centre Pompidou. The other one was a finance guy who created one of the first online trading platforms in France – and he’s also a collector. Art has been largely untouched by tech. It’s still paper and shaking hands. We listened to artists about what they needed.”

Arteïa offers a full inventory of an artist’s vetted and confirmed pieces, plus its showing history. Blockchain is used as supply chain management technology. The artist – or assigned executor – is the only person who can alter each work’s data, which is stored securely on the blockchain.

French artist Hélène Delprat is the first to be completely catalogued by Arteïa. Along with her gallerist, Christophe Gaillard, she has catalogued around 3000 pieces from 40 years of work, including films, paintings, photos, drawings and sculptures.

Even digital artwork is not protected by blockchain, since it doesn’t lend itself to storing large files. The data that makes up one of Arteïa’s records, or an NFT, can point to an original artwork that exists online, but the current technology – essentially a secured URL with a certificate of ownership – doesn’t give the content any more security. It’s the early stages, but Marian expects great promise for a new generation of artists.

“NFT technology is still at the beginning. It’s very interesting and secure. The most important thing now is the community’s excitement – new artists and collectors who are showing how much the art ecosystem has to evolve.” In the past, it has been limited to a select number of famous or financially successful artists, plus a limited amount of collectors acting within those markets. One hundred artists are managing to make 80-90% of sales. Being on theblockchain, with the decentralisation and removal of intermediaries it brings, it’s exciting to see how many artists and collectors plan to join in.

Collin Müller is a Hamburg-based IT and digital media consultant, who helps clients negotiate the ins and outs of blockchain technology. He reminds us that NFTs are ultimately a certificate of authenticity, and the uniqueness they confer on an asset is to some extent illusory.

Müller is sceptical that NFTs will have wide, universal value in the short term. “There is application for NFTs, but only within
certain niche circles. I personally don’t understand why people pay millions of euros for a piece of art – digital or non-digital. If I like the image, I’m happy having a copy hanging on my wall. I don’t care whether it’s the original Picasso, or not. But, obviously, there’s an international art scene where it matters, and this is exactly the same with the digital world. As long as people are willing to pay, there will be a market. When they suddenly don’t want to pay for it, the market will crash.”

So, what’s the future of NFTs? Are they a new, more reliable way to create and preserve value in digital assets? Or not?

At the beginning of 2021, you couldn’t turn around in the digital content space without running into an excited conversation about NFTs. Many creative businesses and individuals rushed to push out NFTs for their content. At the time of writing this feature, the meteoric enthusiasm for NFTs threatens to become a collapsed bubble.

In April, a Bloomberg article reported that prices for digital collectibles were already ‘sliding’. According to nonfungible.com: “Average prices for NFTs have tumbled almost 70% from a peak in February to about $1400. Time will tell if the boom deflates, or whether the volatility indicates a new market going through a period of price discovery.” 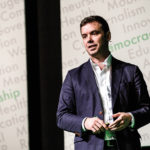 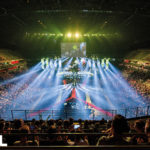 Tessian CEO, Tim Sadler talks to FEED about how the UK and US based...

Spanish start-up Narrativa was founded in 2015. Headed up by CEO David LLorente, it...

Hendrik Dacquin has always been interested in the interaction of broadcasting, interactive media and...
Read Here