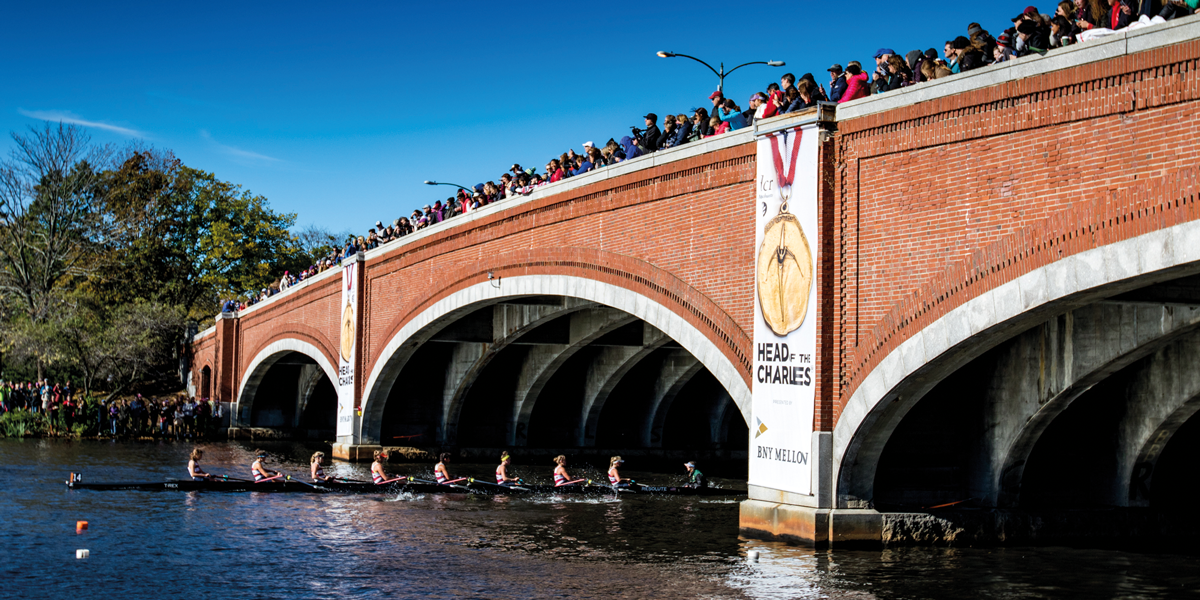 Last year, the Head of the Charles Regatta stuck its oars into LiveU’s cellular technology, setting a benchmark for the coverage of fast-paced content

The Charles River is known as the body of water separating the borders of Boston and Cambridge, Massachusetts. Each year, one of the largest three-day regattas in the world takes place here – the Head of the Charles Regatta.

Averaging 11,000 athletes, in 1900 boats across 61 different events, the occasion generates more than 225,000 spectators to the Greater Boston region, reportedly injecting around $72 million into the local economy.

After most international sports ground to a juddering halt in 2020, the team heading up 2021’s Regatta felt the need to pull off a picture-perfect production, so rowing could return to the calendar with a bang.

“Prior to 2020’s cancelled event, we traditionally had a very simple broadcast set-up,” explains social media and broadcast coordinator for Head of the Charles, Dan Beckham.

“We then pivoted to a successful remote-digital operation. It gave us a chance to think about how we wanted to come back in 2021, broadening the viewing experience for spectators.”

A ripple effect, following a forced remote transition for many live broadcasters, was the seismic shift in the way operators thought about workflows and enhanced efficiency.

“That rethink meant breaking from the physical boathouses along the course, where our timing stations are. Previously, we relied heavily on that infrastructure, but this year deployed nine cameras across the course – compared to the typical one to three.

“LiveU was the backbone for that broadcast architecture, acting as a base for a stack of technology; with its bonded cellular encoders providing the video transport,” says Beckham.

The Head of the Charles team applied a structure not dissimilar to a REMI production model. Additionally, they deployed the IP Pipe production feature, enabling long-range remote control of a PTZ camera.

“The fact LiveU provided PTZ control over cellular was cool. We had a remote operator in our control room, manoeuvring a PTZ camera at our start line – over three miles away.”

For broadcast sporting events requiring coverage at great distance, losing signal is often a fatal enemy. In this case, there was not only the race distance to contend with, but also dense areas of spectators where signal was often completely sapped.

“One of the main concerns from our constituents was whether or not the cell network along the racecourse would be viable for video transfer,” describes Beckham.

“Historically, at very crowded points, folks can’t even get text messages through, as the mobile network is heavily taxed. But, after testing the LiveU equipment, I was really confident in the stream.

“If you look at it online, the signal is absolutely rock solid. Our director thought it must be a cable, unaware that it was actually over cellular the whole time.”

Another remarkable element is that the team comprised over 150 volunteers.

“We had this massive group of people to teach how to use the camera, as well as LiveU – to make sure everything was connected. But after just five minutes or so with the volunteers and LiveU units, it was so simple for them to operate.” 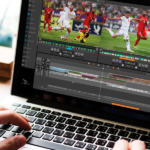 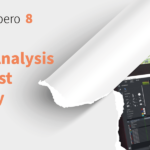 Sports production sits alongside news as having the lowest impact in terms of carbon...

Cloud is becoming a viable and reliable path for live broadcast.

The evolution of branding, and how it’s worth more than money
Read Here